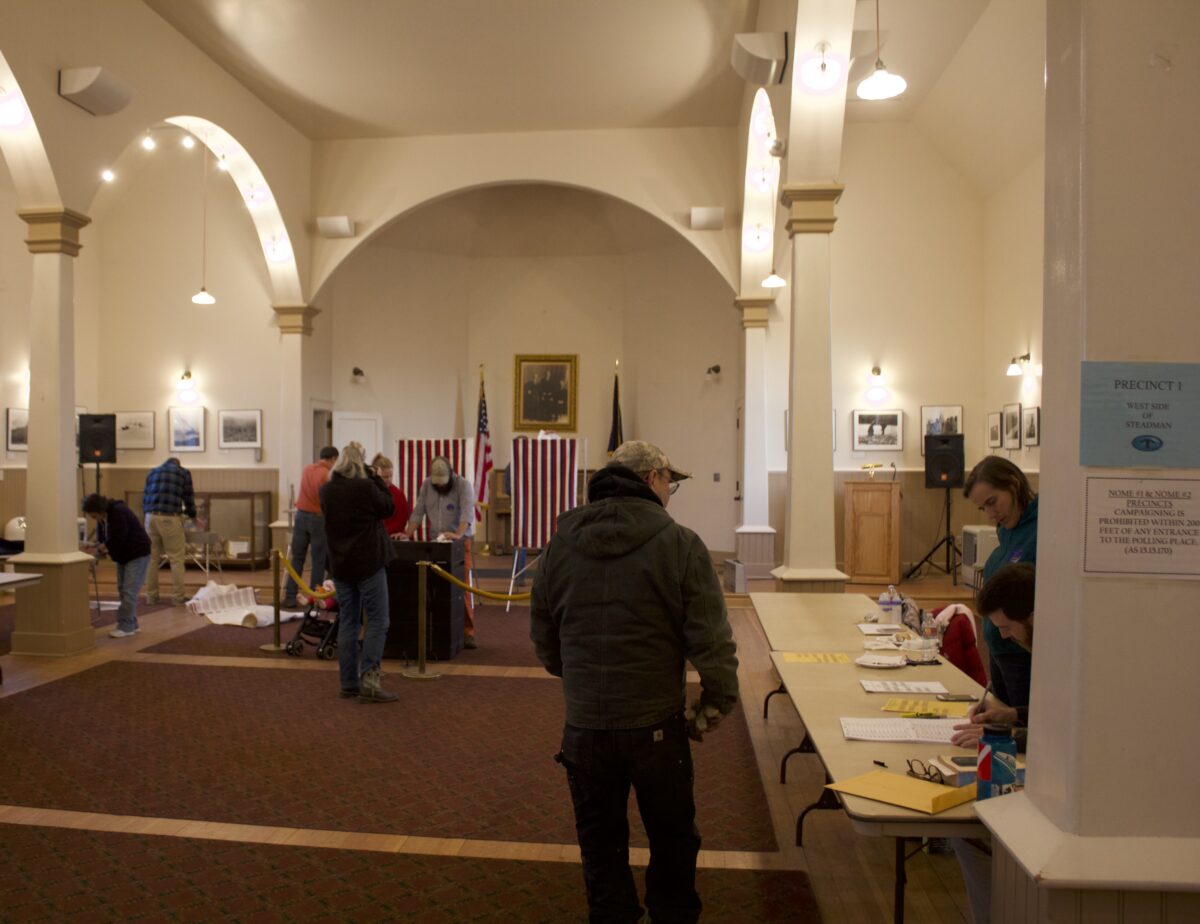 Unofficial election results from Nome’s 2017 Municipal election show that most of the incumbents will keep their seats; however, two shake-ups broke the chain.

Johnson took home almost 64% of the votes compared to Green’s 34%. A much tighter race between two candidates was for Seat D of the Nome School Board. Hammond had that result as well:

In the only race that had three candidates on the ballot, City Council Seat A went to Adam Martinson, who had 358 votes. The next closest candidate, Tom Ukallaysaaq Okleasik, received 206 votes. (Adam and Sandy Martinson are not related.)

The other unofficial winners from yesterday’s election are incumbents Mayor Richard Beneville, Patrick Knodel and Carl Emmons for Utility Board seats, as well as Jennifer Reader and Brandy Arrington for School Board seats.

According to the election tallies, about 650 votes were cast in this year’s Municipal Election. More than 150 of those were for write-in candidates, although none of the write-ins were elected.

To officially name the winners and certify the results of this year’s Municipal Election, the Nome City Council will convene at noon on Thursday in City Hall.