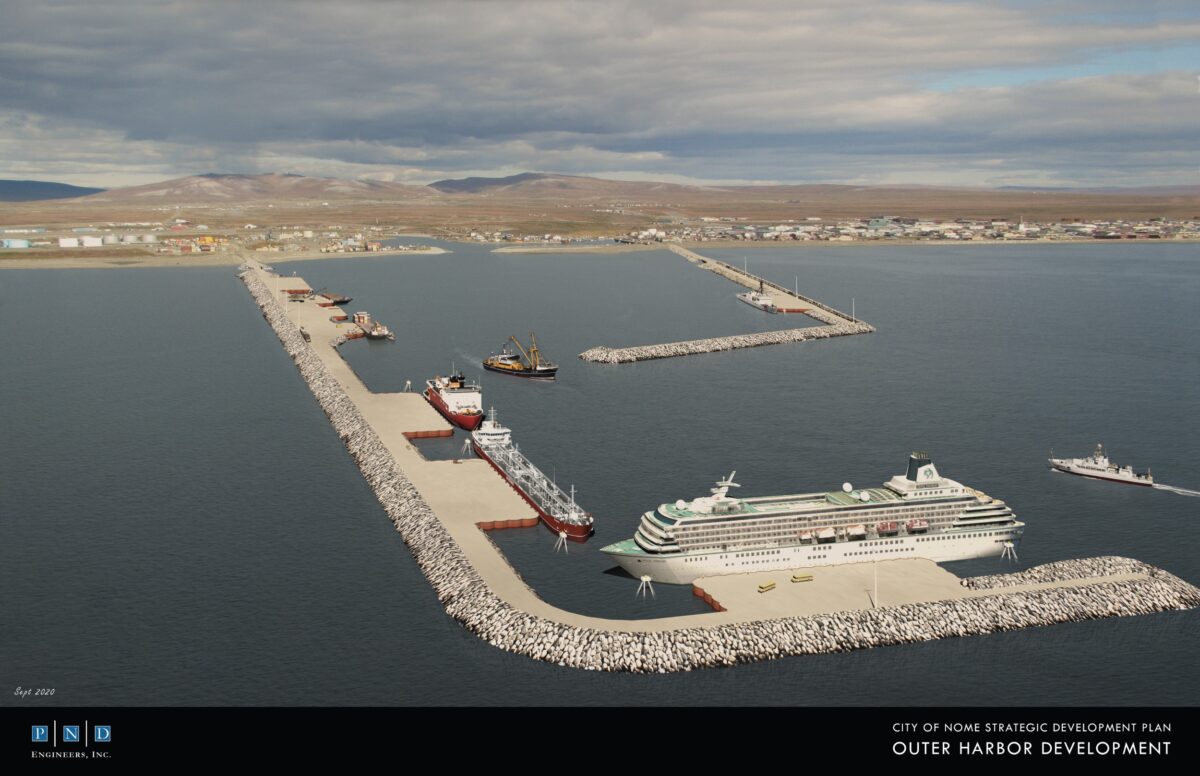 Nome’s deep draft port project was originally scheduled to have 95% of its final design set by the beginning of December 2022. As the new year has begun, that benchmark has been delayed. The upside is the port project is getting a financial boost.

The U.S. Army Corps of Engineers moved the timeline for the design in order to steepen the slope and strengthen some navigation features of the deep draft port, according to Nome Port Director Joy Baker.

Although this means it will take more time to start construction and ultimately build the Arctic Deep Draft Port, Baker said this extra time is beneficial for Nome.

“We were concerned at first, the City was, when we heard about it. But now we understand why they are doing it. It’s going to reduce the cost of the general navigation features of which the City of Nome pays the cost share,” Baker said.

Another benefit that was realized before the end of 2022, came in the final version of the WRDA bill passed by Congress last month.

Originally, Nome was slated to split the cost of the port project with the federal government at 35% to 65%, with the City of Nome covering 35. Now the city’s part has been reduced to 10% and Nome won’t have to pay the usually included 10% interest in the long term.

“So they are removing the ten percent over time, meaning that the project will now be a 90-10% split, not 65-35. Of course this is absolutely excellent news which means our only cost share to the Corps now will be at a 10% rate. But that only applies on the general navigation features, which includes the break waters and the dredging,” Baker said.

Baker notes that the City of Nome will still have to pay for 100% of the cost for the local service facilities required in this project, such as the waste incinerator.

Listen to the full interview below.

Image at top: PND’s updated model rendering for the design of a potential Arctic Deep Draft Port in Nome. Photo from Port of Nome, used with permission (2020).