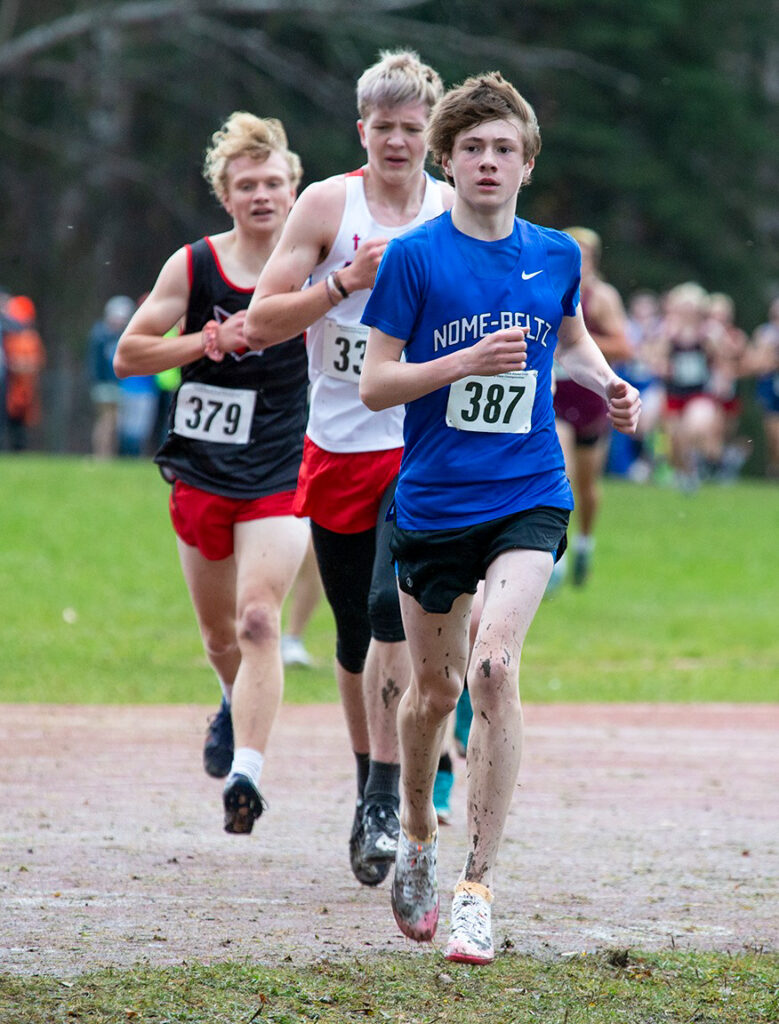 Six runners from the Bering Strait School District and five from Nome-Beltz High School had several top 50 finishes during the State Cross Country meet over the weekend.

For BSSD schools competing in division three, Ethan Fagerstrom of Golovin led the boys with a 28th place finish. He completed the 5,000 meter race in 20 minutes and 23 seconds. Dawson O’Connor of Shaktoolik came in 41st with a time of 21 minutes and 35 seconds. About a minute later Lane Iyakitan of Gambell rounded out the group with a 52nd place finish.

In the girls’ division three race, Ourea Busk of Unalakleet was third best in the state, finishing 5,000 meters in just under 21 minutes at 20:56. The first-place runner had a time of 20 minutes and 29 seconds for comparison.

The Unalakleet Wolfpack was also represented by Ayuu Roesch and Cedar Busk who finished 42nd and 58th respectively.

The Nome-Beltz High School team competed in division two. Led by Orson Hoogendorn, the Nanook boys had a 13th place finish. Hoogendorn ran through the 5,000 meter course in just over 18 minutes.

For the two lady Nanooks competing, Awaluk Nichols led the way with an 18th place finish. She recorded a time of 22 minutes and 34 seconds. Lauren Kingstrom took home 25th, finishing a second over 23 minutes.

The 2022 State Cross Country meet was held at Bartlett High School in Anchorage on Oct. 15.