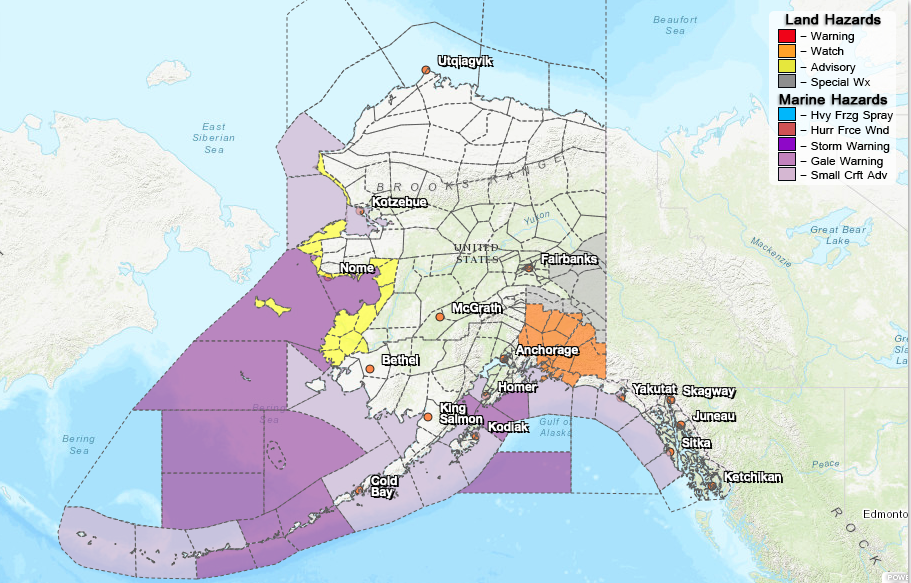 Several communities in the Norton Sound are struggling with contaminated drinking water days after the significant September storm hit the region.

In Stebbins, eight families were displaced and there is still six to eight feet of standing water throughout the community, City Administrator Daisy Lockwood Katcheak said.

“Our sand pushed up maybe six to eight feet causing displacement of homes and 100% of the fish racks, and fishing supplies for our subsistence fishermen are gone,” Lockwood Katcheak said.

Since Stebbins is heavily reliant on subsistence foods, they have made a request to the Red Cross and to Norton Sound Health Corporation in Nome for food deliveries, Lockwood Katcheak said. The City Administrator added that local teachers have even donated some of their excess food to families who lost their homes in the storm.

No serious injuries have been reported nor deaths, and all residents in Stebbins are accounted for. That strong sense of community, and locals’ efforts to take care of each other lets Lockwood Katcheak know that Stebbins is going to be okay.

“Stebbins is still standing. Stebbins is resilient. Stebbins is busy creating unity … and to put our community back together,” Lockwood Katcheak said.

The local school was the only non-residential building that sustained damages, according to Lockwood Katcheak. Its water pipes broke during the storm. Otherwise, the community did not lose power or its essential infrastructure.

North across the Norton Sound, Koyuk is recovering well and ready to go back to school. But there is currently a boil water notice in place for Koyuk, based on the latest update from the Alaska Department of Conservation (ADEC).
According to the Malimiut school, the “positives outweigh the negatives” in the community at this point.

Stebbins is one of several Alaskan communities that has not yet been set up with running water. Instead the community relies on a washeteria and pipes in water from a local lake that is then treated in a water tank before residents use it.

Following the storm, the community is not on a boil water notice, but other Eastern Norton Sound communities are, specifically Elim and Unalakleet. Elim had lifted the boil water notice for a month prior to the storm, but not anymore, City Manager Clarence Saccheus.

“And our water source was compromised, but since then, locals have opened the creek, so the water could flow and it flowed right away,” Saccheus said.

Elim’s main roads were heavily eroded, including the two paved roads near the coast and the road to Moses Point. Besides clearing debris and cleaning up, Elim’s priority is to save one residence that’s in a precarious position, Saccheus said.

“Our major concern is the home that is almost falling off the cliff. We need to find ways to move that home,” Saccheus said.

The community is trying to come up with a plan to move the home safely off the cliff, but they may need help from outside entities like the State of Alaska to do so.

Saccheus encourages all Western Alaskans impacted by the storm to contact the State Emergency Operations Center to report damages and request aid through them.