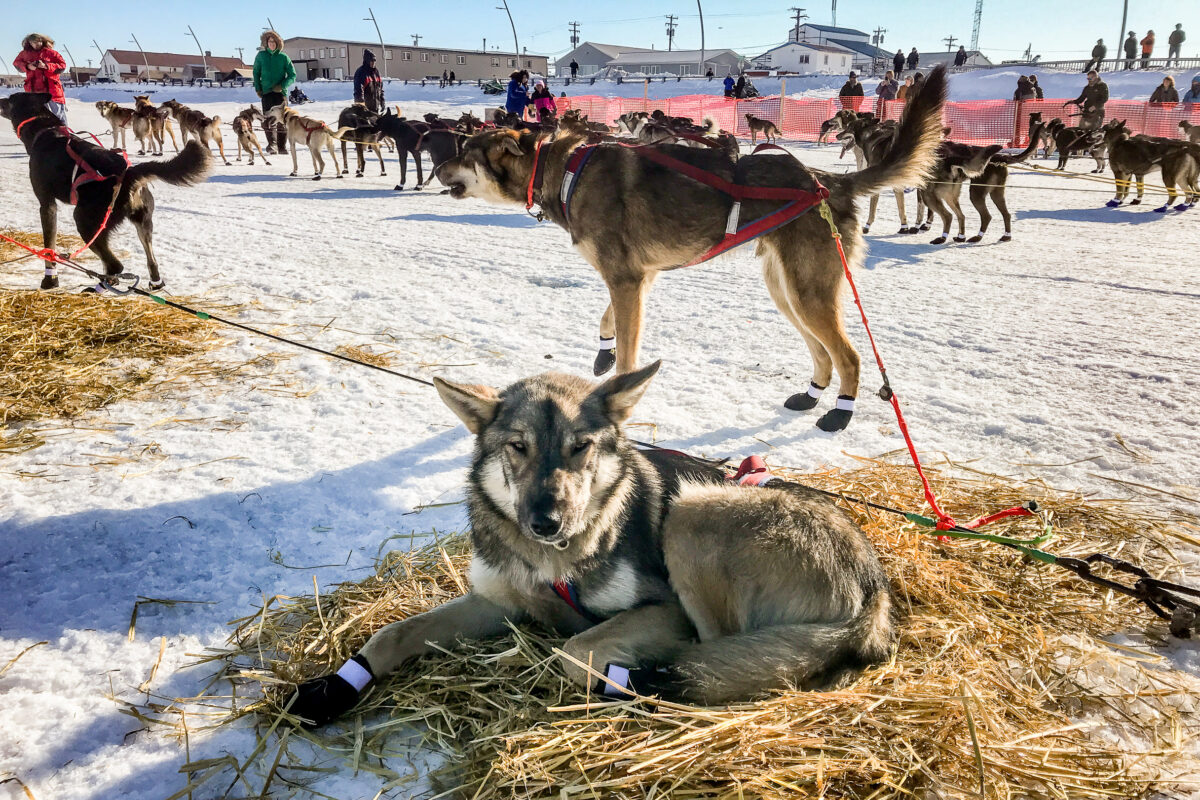 Fifteen mushers are signed up for this year’s Kobuk 440 sled dog race, set to take off from Kotzebue on Thursday, April 7. Last year’s winner Ryan Redington returns, along with other Iditarod finishers and local Northwest Arctic competitors.

As of April 4, the roster includes four-time Iditarod winner Jeff King, Jessie Holmes who is coming off his highest placed Iditarod finish yet, Richie Diehl of Aniak and Dempsey Woods Sr. of Shungnak.

The latest musher to sign up was Jim Bourqin of Kotzebue. He competed in the Kobuk for the first time in 2010.

Nome musher Aaron Burmeister’s kennel, Alaskan Wildstyle Racing, is normally represented by Tony Browning in the Kobuk 440. But since Browning declared last year’s race his last Kobuk, the kennel is being represented this year by Eddie Burke Jr.

The 2022 race trail will feature a roughly 440-mile loop from Kotzebue to Kobuk and back. On the way out, mushers will travel through Selawik and Ambler before heading to Kobuk. Then on the return to the finish, teams will follow the Kobuk River west from Ambler to Kiana instead. The total distance of the Kobuk 440 can vary depending on trail conditions, according to race officials.

During last year’s race, many teams were stranded at different points along the trail after a severe storm with whiteout conditions caused an unplanned race restart and prevented several mushers from finishing the race. Race officials told KNOM via email the trail conditions this year are great, “there are well packed snowmachine trails between most villages and an ice road that goes up to Kiana. The race route follows the snowmachine trail, not the ice road, but crosses the ice road in several places. The one place that doesn’t get much traffic is between Ambler and Kiana so that is always a more challenging stretch of trail.”

All checkpoints will be closed to the public due to COVID-19 this year, according to a press release from the race organization. The official checkpoints are in Noorvik, Selawik, Ambler, Shungnak, Kobuk and the start/finish will take place in Kotzebue.

Image at top: A Kobuk 440 sled dog rests in straw while other teams stand ready to leave the starting line in Kotzebue. Photo from Emily Hofstaedter, KNOM (2019).