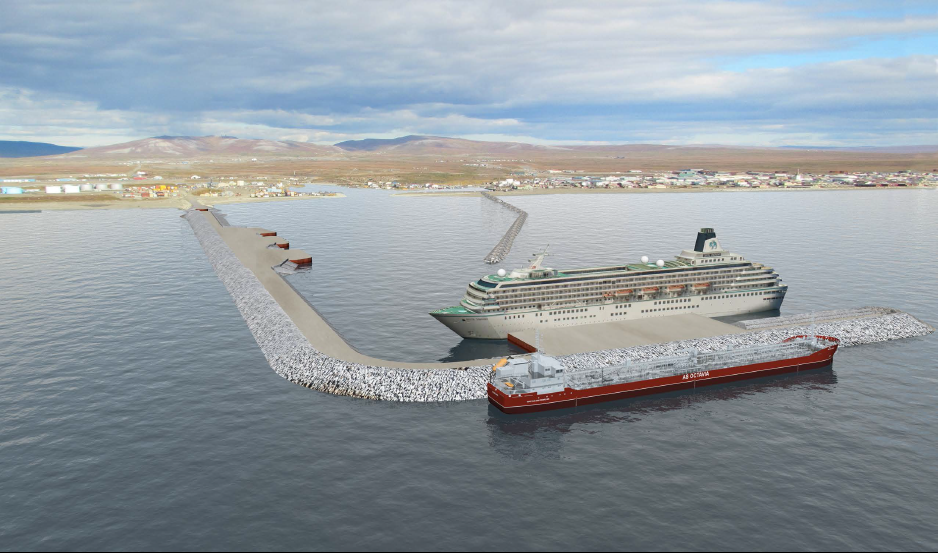 The U.S. Army Corps of Engineers signed off on its Port of Nome Modification Feasibility Study today. Nome’s Deep Draft Port project has now made it over a major hurdle in its ten-year journey to be approved by Congress.

According to a press release from the City of Nome, this afternoon Lieutenant General Todd Semonite put his pen to paper on the Corps’ Chief’s report. The report includes a recommended plan to create a Deep-Water Basin at the Port of Nome, extend the West Causeway by about 3,500 ft to a depth of approximately 40 ft (MLLW), and make a larger basin in the existing harbor.

This option was based on Alternative 8a/b, which was recommended by the Corps in their final draft of the feasibility study.

Kawerak issued its concerns with an earlier draft version of the feasibility study, to the Corps, back in February.

The cost breakdown for this project is estimated to cost roughly $500 million and include a cost-share agreement between the federal government and non-federal partners.

Senator Dan Sullivan announced earlier this month the progress he made in moving a piece of legislation out of committee, the Senate Environment and Public Works Committee (EPW), that includes placeholder language for Nome’s Deep Draft Port project. This larger piece of legislation, the America’s Water Infrastructure Act (AWIA) of 2020, is on its way to the U.S. Senate for their approval.

Now that the U.S. Army Corps of Engineers Chief’s Report has been signed, the Nome Deep Draft Port will be written into a portion of AWIA, which is a larger piece of legislation that also includes the Water Resources Development Act of 2020, also known as WRDA.

Nome must now wait for this legislation, and subsequently the port project, to be authorized by Congress.

Image at top: PND’s model rendering for the design of a potential Arctic Deep Draft Port in Nome. Photo from Port of Nome, used with permission (2019).