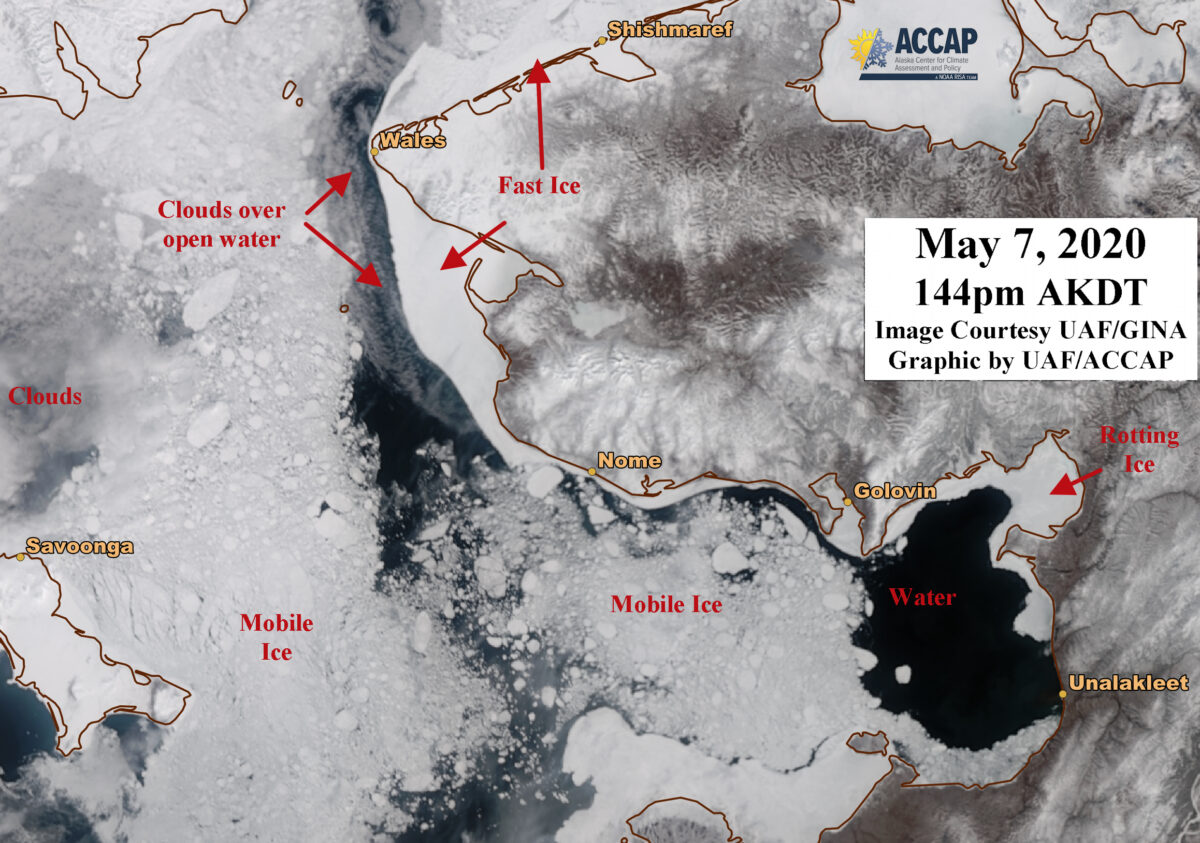 Sea ice around Nome and the Norton Sound is close to breaking up completely as temperatures continue to remain above freezing during the day.

One climatologist suggests the minimal shore-fast ice that is still intact around the region, could possibly go out for good this weekend.

“Still hanging on in upper Norton Bay. Golovin Bay looks like it’s still got ice, although water on top. But we’re really running out of that shore-fast ice near Nome.”

Rick Thoman is a climate specialist with the Alaska Center for Climate Assessment and Policy. For early May, Thoman says these ice conditions are consistent with what the Bering Strait region has seen in recent years during this same time of year.

“Conditions can change quite rapidly. The ice from any one spot can move away, and then as wind directions change, blow back in. This is typically what we see this time of year as the ice weakens and becomes mobile, and of course is thinning and melting from both below and above.”

As of May 7th, satellite imagery of sea ice in the Bering Sea still showed some shore-fast ice clinging to Shishmaref, Wales, and Nome, but none near Unalakleet.

According to Thoman, and reports from regional communities, this winter has featured better quality and more stable ice than 2018 or 2019.

“So of course we have considerably more ice at this point in the season than 2018 or 2019, of course (those two were) by far the two earliest melt outs. We’re a little bit ahead of 2016 and 2017 but I think over the next week or so we’re going to see significant reductions. Again, we’re not at record levels, but we’re definitely on the low end of the historical record.”

Thoman says the Bering Strait region can expect to see these sea ice conditions in future years, with a more normal ice extent followed up by seasons of not so good ice.

The days of having reliably thick sea ice in the Bering Sea, arguably have been gone for about a decade.