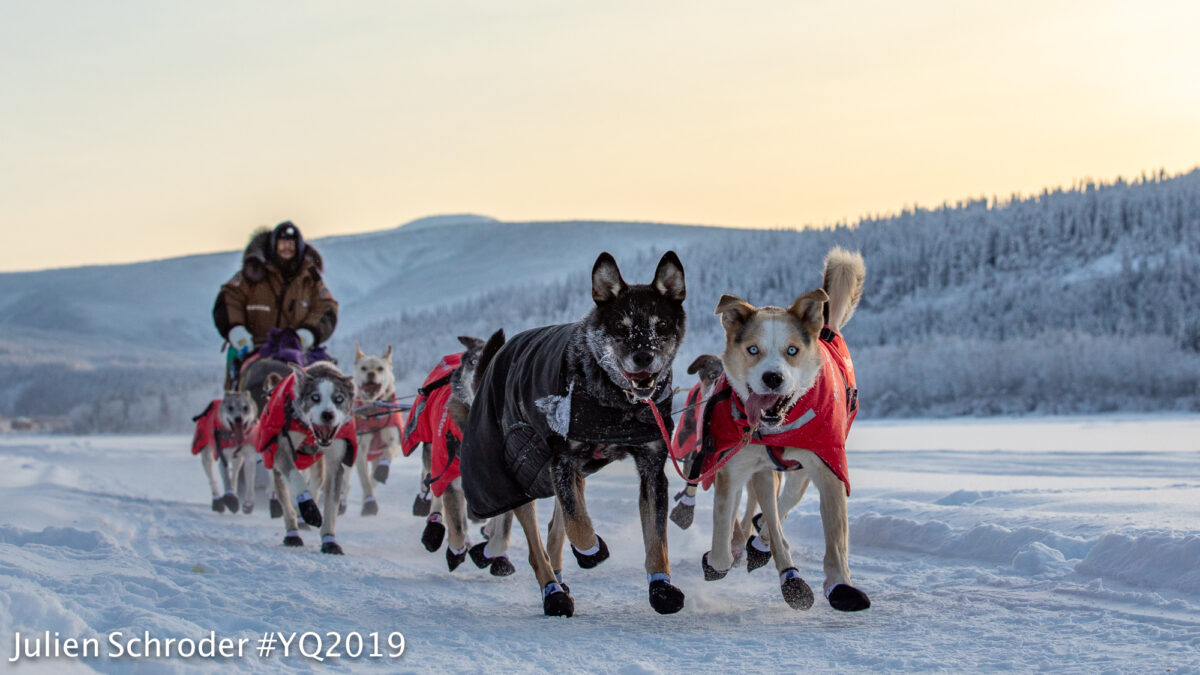 All mushers in the field of 13 have crossed the international border and are on the Yukon side of this race. That includes Olivia Webster, who has held the red lantern for this whole race, heading out of Eagle late yesterday morning. Webster’s team has 10 dogs, tied for fewest in the race with Richie Beattie.

At the top of the standings, Sjalin could be viewed as the odd one out in that group. She told KUAC radio she was looking forward to mushing on jumbled ice along the Yukon River.

“It was just a little bit, just so I got a taste of it. It was perfect…”

Although this is Sjalin’s first Quest, she has plenty of experience as a kennel manager in Norway. Her kennel boss is actually a previous Yukon Quest finisher, Tom-Frode Johanson. Sjalin told Quest staff before the race started that she planned to bring along some of Johanson’s dogs with her for her rookie run of the Quest.

Sjalin admits her English is not the best nor has she really competed in many American sled dog races. So as she was gearing up for this year’s Quest, she told KUAC she forgot to read her owner’s manual for her Ipod. The result is that she’s had to listen to the same five songs for the past 500 miles

“I have to go to Dawson, because I love “House of the Rising Sun”…but it’s kind of a lot (*chuckles).”

Still Sjalin arrived into Dawson in 7th position with 12 dogs, excited to take a break from listening to House of the Rising Sun. The next musher expected to arrive at the halfway checkpoint is Rob Cooke.

Image at top: A musher and team near Dawson City. Photo from Julien Schroder, Yukon Quest (2019); used with permission.