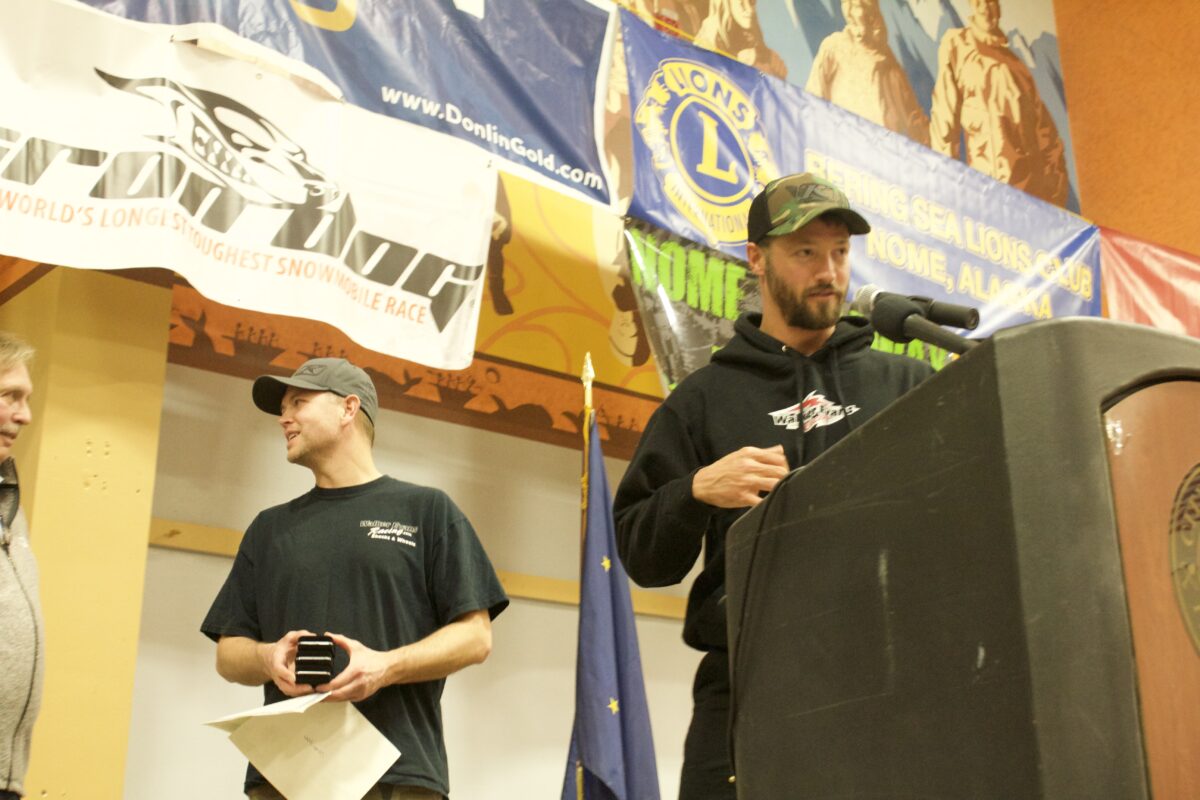 Signups for the 2020 Iron Dog end Thursday at midnight, and the approximately 30 registered teams are preparing for an extra challenge. This year the world’s longest snowmobile race will be even longer, with a new loop going through Kotzebue.

“By adding what is approximately 375 or 400 miles, we’ll get more action on the sled and less kind of dead time in the checkpoints”

Executive director for the race, John Woodbury, says the longer route will include checkpoints in Buckland, Kotzebue, Noorvik, Kiana, and Selawik as it follows much of the Archie Ferguson/Willie Goodwin Memorial course.

Woodbury also mentioned that the addition of the new checkpoints in the NANA region allowed Iron Dog to tap into more resources and bring on a new board member, Claude Wilson of Kotzebue.

“And he’s just been a big help. It’s one of those logistical components I’m excited about but I’m not really worried about because his group is just going to be plug and play. He’s got years of experience with that region. It’s going to be one of the smoothest transitions that we’re going to have as far as the change with Iron Dog”

Another new feature for this year’s Iron Dog is an early registration period for 15 teams, which ended on September 1st.  According to Woodbury, currently 30 teams are signed up with a couple more expected to enter by tonight’s deadline. In comparison, last year’s Iron Dog only saw 24 teams sign up for the Pro Class.

He says the roster includes back-to-back champions Chris Olds and Mike Morgan, as well as some other Western Alaskans.

According to Woodbury, this year’s Kotzebue snowmachine race winner, Tre West, will attempt the 2,400 mile Iron Dog with fellow Nome-ite Daniel Stang. Woodbury did not mention Erik Johnson, the 2019 Nome-Golovin race winner as being signed up to run this year’s Iron Dog.

The race’s executive director went on to say this year’s lineup features racers from a variety of Lower 48 cities such as Reno, Texas, and maybe even a pair of Russian snowmachiners.

The pro class for the 2020 Iron Dog departs Fairbanks on February 16th.