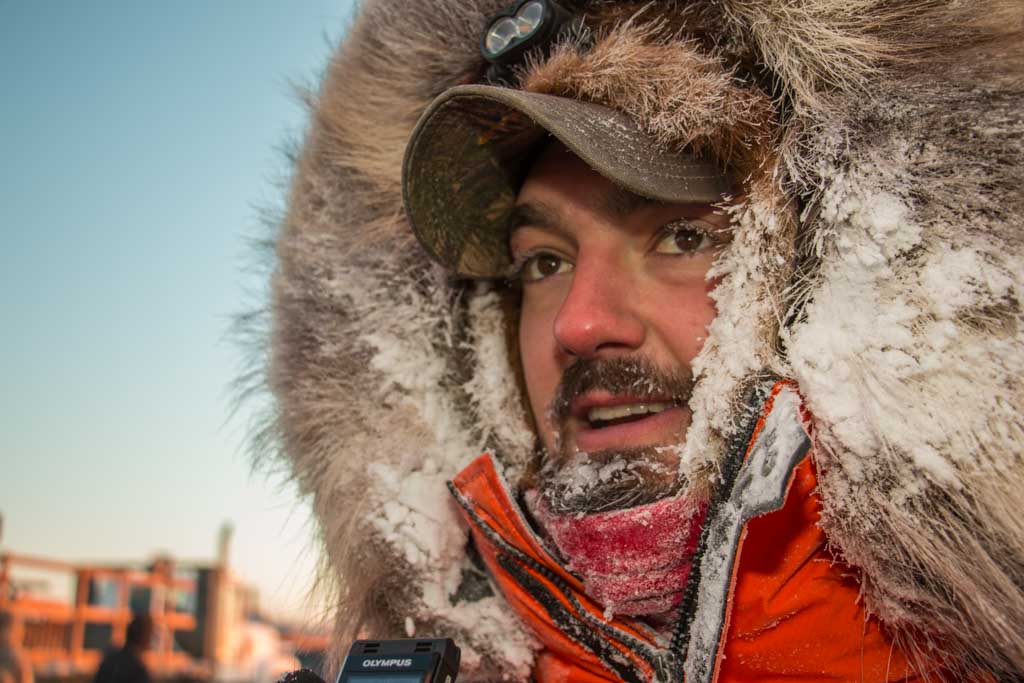 Yesterday (Oct. 14th), a handful of mushers signed up for the 2020 Kuskokwim 300 on the opening day of registration. Among them, was four-time K300 winner and 2019 Iditarod champion, Pete Kaiser.

According to race staff, the first four mushers to sign up yesterday were Dennis Kananowicz, Wade Marrs, Nicolas Petit, and K300 rookie Dave Turner. Later on, during opening day, Josh McNeal and Kaiser threw their names into the mix for a chance to win the first-place prize of $25,000.

The other top 24 finishers will receive a portion of this year’s $160,000 race purse. Interested mushers have until the end of December to sign up and pay a $400, potentially refundable, entry fee. After that time the cost goes up to $800 and is non-refundable.

Image at top: Peter Kaiser after his K300 win in 2017. Photo from kaiserracing.com, used with permission.