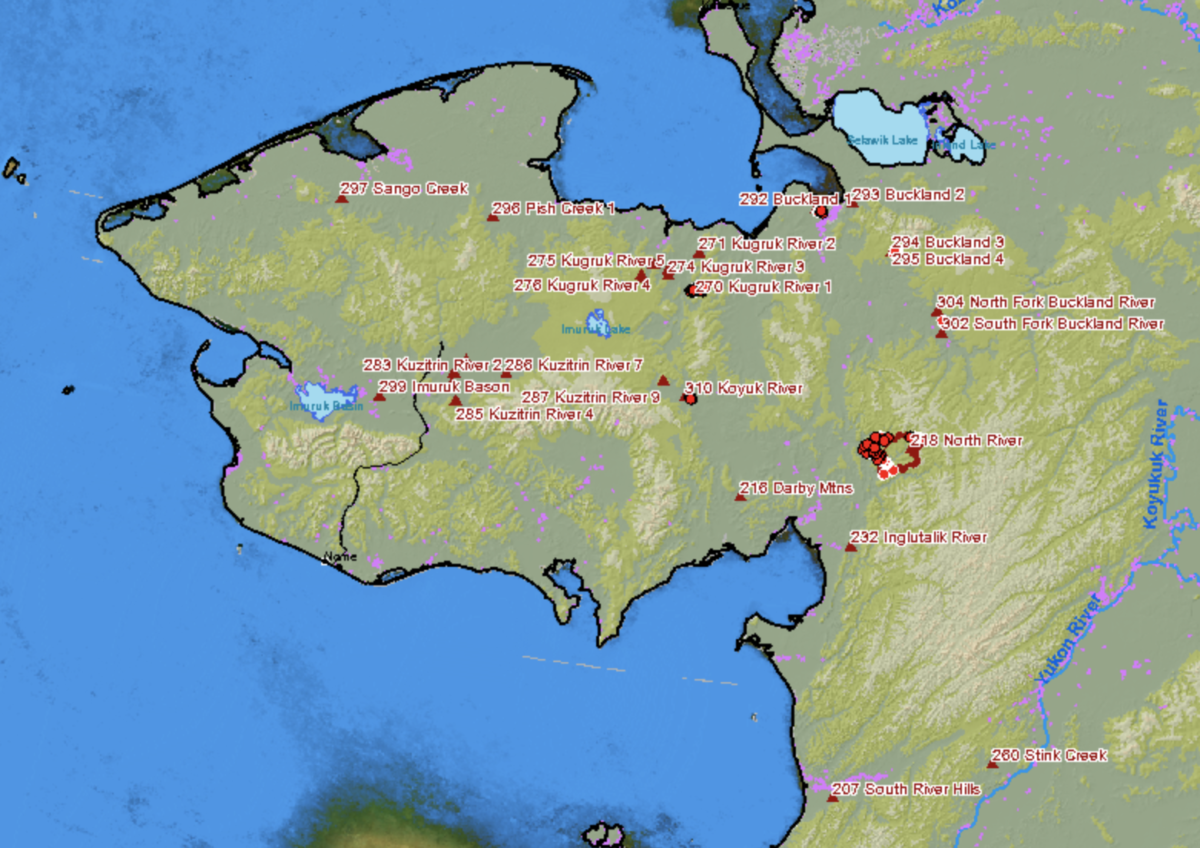 Increased lightning activity on the Seward Peninsula sparked more than 20 new fires on Wednesday. All of the blazes outside of Nome, Mary’s Igloo, and Deering are still being monitored, but most of the smokejumpers who initially responded have demobilized.

“There were a bunch of lightning strikes detected on the Seward Peninsula. They decided to do a detection run, and while they were in the air, they could see in the distance lightning hitting the ground and puffs of smoke coming up from new starts.”

That was Beth Ipsen, the spokesperson for the Alaska Fire Service (AFS). She says some fires didn’t grow much and are burning in a limited management area.

“So that was good, because they were able to spot the fires and put some smokejumpers on a few of them while they were still small. The rate of growth wasn’t quite as rapid as what it could be, which is very fortunate for us.”

Seven fires were reported near Deering on Wednesday afternoon, nine blazes near Mary’s Igloo called the Kugruk River cluster, and some near Buckland as well as a cluster in the middle of the Seward Peninsula.

Of those new, lightning-caused fires, only two are still being staffed by smokejumpers. One team is mopping up hot spots on the Kugruk River 4 fire while six smokejumpers are fighting a challenging blaze called the Kugruk River 2 fire, or #271. Ipsen says this is the only one currently not burning in tundra.

“And the reason why they were having such a problem with #271 is it’s only 30 acres, but it’s burning deep in peet, and it’s hard to extinguish fire in peet. For some reason it kind of just smolders there, it burns deep, but it’s hard to extinguish, hard to put it out. With tundra, it’s grass, burning in the grass, you beat it, take away the oxygen, and a lot of times that’s all you need to put it out.”

According to Ipsen, no cabins or Native allotments are being threatened by fires on the Seward Peninsula at this time. However, there is a property one mile north of a fire near the mouth of the Buckland River.

She did not have any reports of fires threatening properties near the Kougarok Road outside of Nome.

Ipsen says of the overall fire status on the Seward Peninsula:

“An aircraft that delivered smoke jumpers to the Buckland 1 Fire (#292) flew the area and took a look at some of the fires burning on the Seward Peninsula. They only noticed smoke coming from one fire; the rest weren’t noticeably active and not threatening anything such as cabins or Native allotments. They are predominantly surrounded by bodies of waters, whether it’s sloughs, rivers or lakes.”

Image at top: Website screenshot of active fires from the Alaska Interagency Coordination Center as of Friday, June 21, 2019.