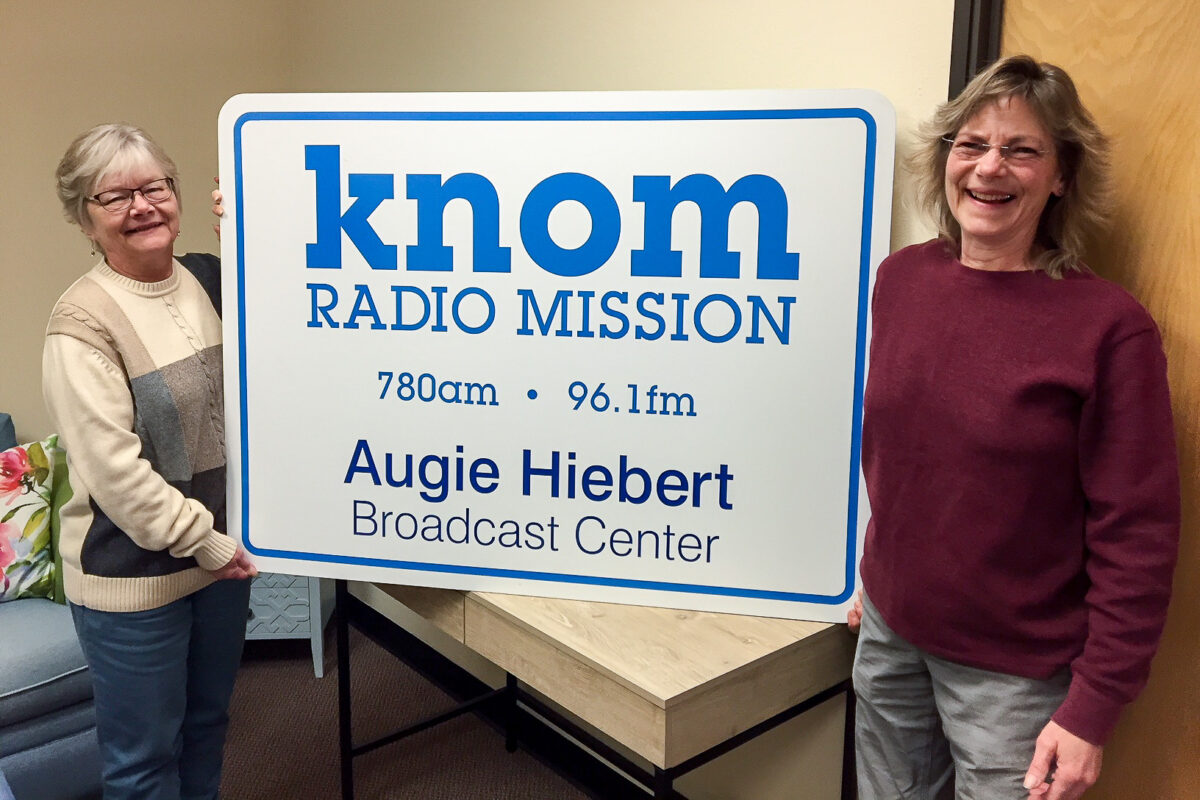 KNOM would not exist without the help of Augie Hiebert, a legendary Alaska broadcaster who avidly championed the mission for decades.

In early 1967, Augie learned of a floundering Nome Catholic radio project. There was a strong desire for a Catholic station, but no one in Nome had the tiniest bit of broadcasting expertise. So Augie flew to Nome to lay the groundwork for the new Catholic station, selecting a chunk of land at the mouth of the Nome River for an AM transmitter site.

On February 16, 1968, he convinced Washington, DC, communications attorney Joseph Hennessey to provide all legal work for the proposed station at no cost. (He continued pro-bono work for another 22 years.) He suggested the clear channel frequency of 780 kHz for the new station and asked Gaithersburg, Maryland, consulting engineer Peter Gureckis of John H. Mullaney’s firm if he concurred. He also elicited free engineering work from Gureckis.

In July, 1968, Augie flew to Washington, DC, to meet with Hennessey and Mullaney.

On March 14, 1969, the Federal Communications Commission ruled that they would allow the Nome Catholic station to move forward, undoubtedly persuaded by the lobbying of Augie’s close friend, Senator Ted Stevens. On that day, Hennessey filed the paperwork to apply for a construction permit.

En route to Nome to become the Catholic station’s volunteer chief engineer, Tom Busch was asked to drop in on Augie when passing through Anchorage. It was February 3, 1970. KTVA-TV’s receptionist was amused that this young greenhorn would have the audacity to call on Alaska’s most powerful broadcaster without an appointment, but when Augie learned of Tom’s connection, he swept everything off his desk and took care of Tom for the rest of the day. He handed Tom several inches of paperwork and said, “it’s all yours, now, son.”

Augie sent his engineers to the project three times to check on Tom’s work. Within a year, he sent an engineer to Nome at no cost to the project, which now had the call letters “KNOM,” to help commission the transmitter. He continued to be a loyal supporter for nearly a half-century.

More from our May 2018 newsletter