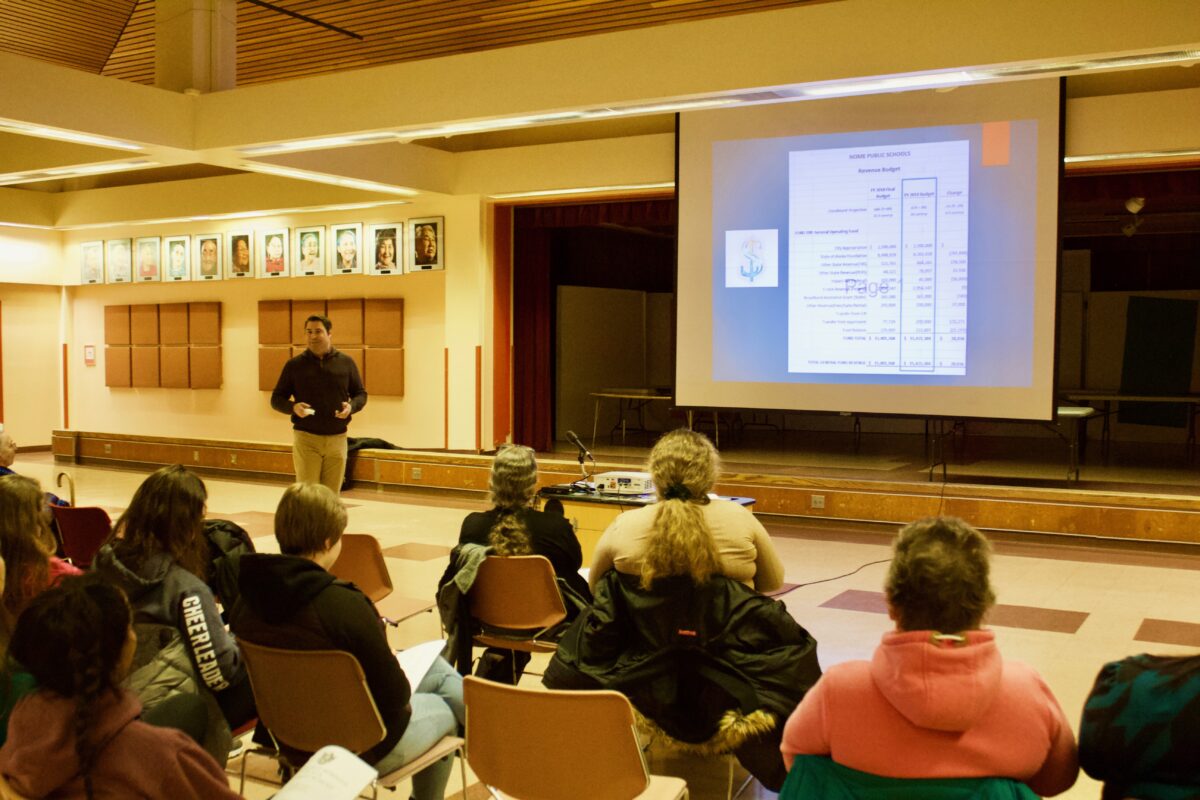 The music program and librarian position could be back in the Nome Public Schools budget next year. That was the word from Superintendent Shawn Arnold at a public budget meeting yesterday evening.

And the way to make sure that is not lost, Arnold says — as far as music goes, he may have a trick up his sleeve. Five long-time teachers are retiring. And they’ll probably be replaced by new teachers, who are paid less. That savings could be enough to keep the music program off the chopping block.

As for keeping the librarian, Arnold says the thing to do is talk to elected officials.

“They do listen. Our city council — I don’t always agree with them, but they do listen to the community.”

The district’s budget depends a lot on contributions from city and state government. The exact amounts won’t be clear for at least a month. But even if they’re the same as last year, serious cuts will have to be made, Arnold says. And that’s after years of cuts already.

If the city council were persuaded to give more money than last year, Arnold says there might be enough funds to keep the librarian position.

“Because literacy is one of our priorities. I don’t know what we would do if we had to shut down a library here (Nome Elementary School) one day and a library up at Beltz one day.”

But Nome school board member Jennifer Reader says there is a particular bill you should call about.

“They’re supposed to give us a two-year cycle so we know where our budget will be, so we’re not sitting here scaring the pants off ourselves and our students and our staff. I don’t know if my heart’s going to be able to take it too many more years.”

House Bill 287 passed the House in February. It’s now in the Senate. But Arnold says lawmakers aren’t expected to finish the session on time. Which means Nome Public Schools probably won’t know how much state money it’s getting this year before the budget has to be passed April 17th.

The Nome Board of Education next meets on Tues., April 3rd, in the Elementary School library.