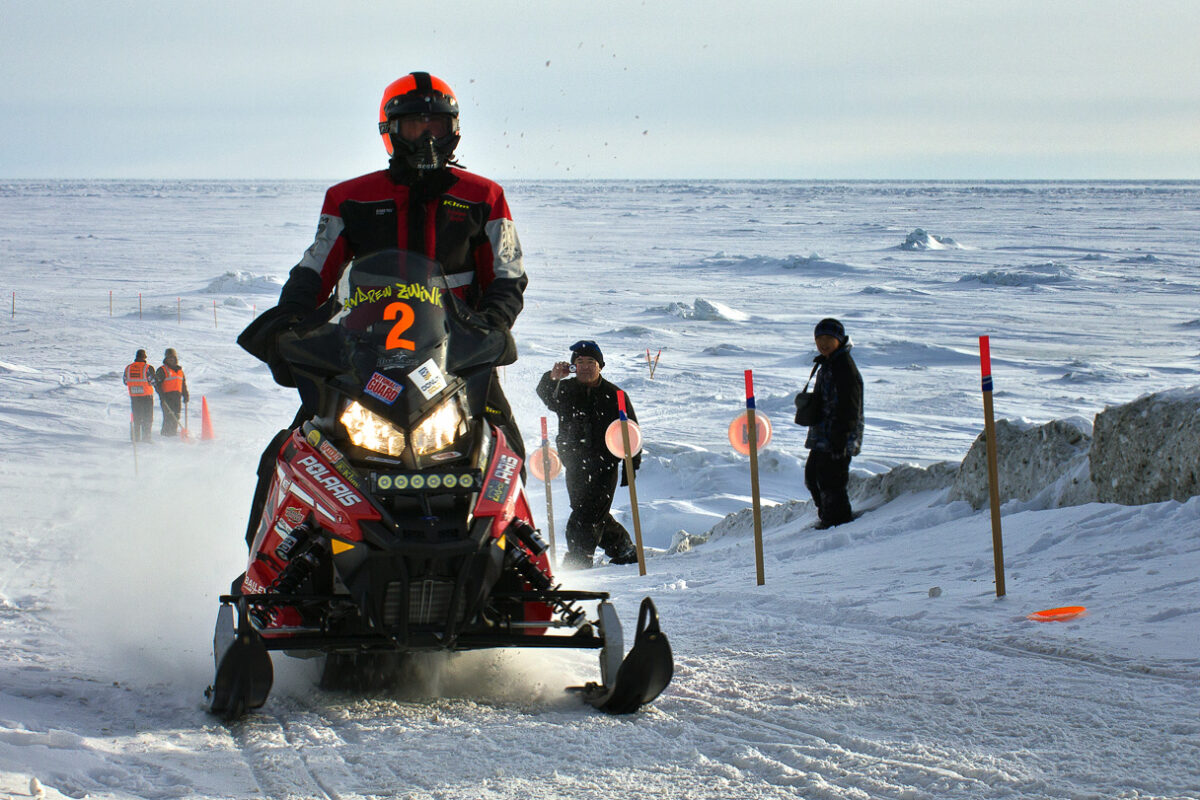 Slightly fewer than 30 teams will be competing in the 35th annual Iron Dog official pro class, one of which is an all-female team.

According to Iron Dog’s website, a team featuring two women hasn’t finished the 2,000 mile snowmachine race since 2001. Jim Wilke, president of the Iron Dog Board of Directors, remarks on how tough this year’s list of competitors is.

“We do have a couple of teams of course that are previous winners and not all of them with each other, there’ always a little bit of shuffling around. For example, Chris Olds has won a couple of times, he’s paired up with Mike Morgan and there’s four-time winner Todd Palin in there, paired up with Shane Barber. Minnick and Olstad have won a couple of times, Scott Faeo has won. Team #8, Aklestad and Johnson, they have won. So there’s a lot of top contenders in there”

Wilke says 27 teams are now running in the pro class as Steven Boney and Oliver Unruh have decided not to compete due to injuries. The 2018 Iron Dog pro class roster features Western Alaska racers such as Micah Huss, Tre West and Casey Perkins of Nome, Chris Collins of Kotzebue and his partner Lawrence Jones of Ambler.

Last year’s champions, Cory Davis and Ryan Simons, are not returning this year, which Wilke says is the first time in Iron Dog history that this has ever occurred.

2016 champs Aklestad and Johnson completed the 2,000-mile race on their Ski-Doos in the fastest time in over 20 years of Iron Dog history, and now they are back again. After reaching the finish line in Fairbanks last year first, but then being disqualified for breaking one of the Iron Dog rules, Aklestad and Johnson will be looking for redemption this year.

Wilke says the 2017 race marshal Lee Davis, who was involved in the decision to disqualify Aklestad and Johnson, will return as race marshal this year.

“Unfortunately for Team # 8 they violated the only rule in the book that had a mandatory disqualification penalty. I’m sure they are still unhappy about it, we are as well and we’ve gone through and adjusted some of those rules and changed a few things around, tried to give a little more judgement, and allow some lesser penalties to be given in a situation like that. We certainly hope that nothing like that happens again. We don’t like being in a position where we have to disqualify people.”

The 2018 Iron Dog pro class is set to start in Big Lake on Sunday morning at 11am, with teams leaving two minutes apart from each other. But the festivities have already begun, as Wilke notes, Tuesday night, Evan Booth of Nome was inducted into the Iron Dog Hall of Fame.

(Jim Wilke passes on his thanks to Volunteer Fire Department, NVAD, Bering Sea Lions Club, City of Nome, and many other Nome organizations/individuals for their help and support of the 2018 Iron Dog.)