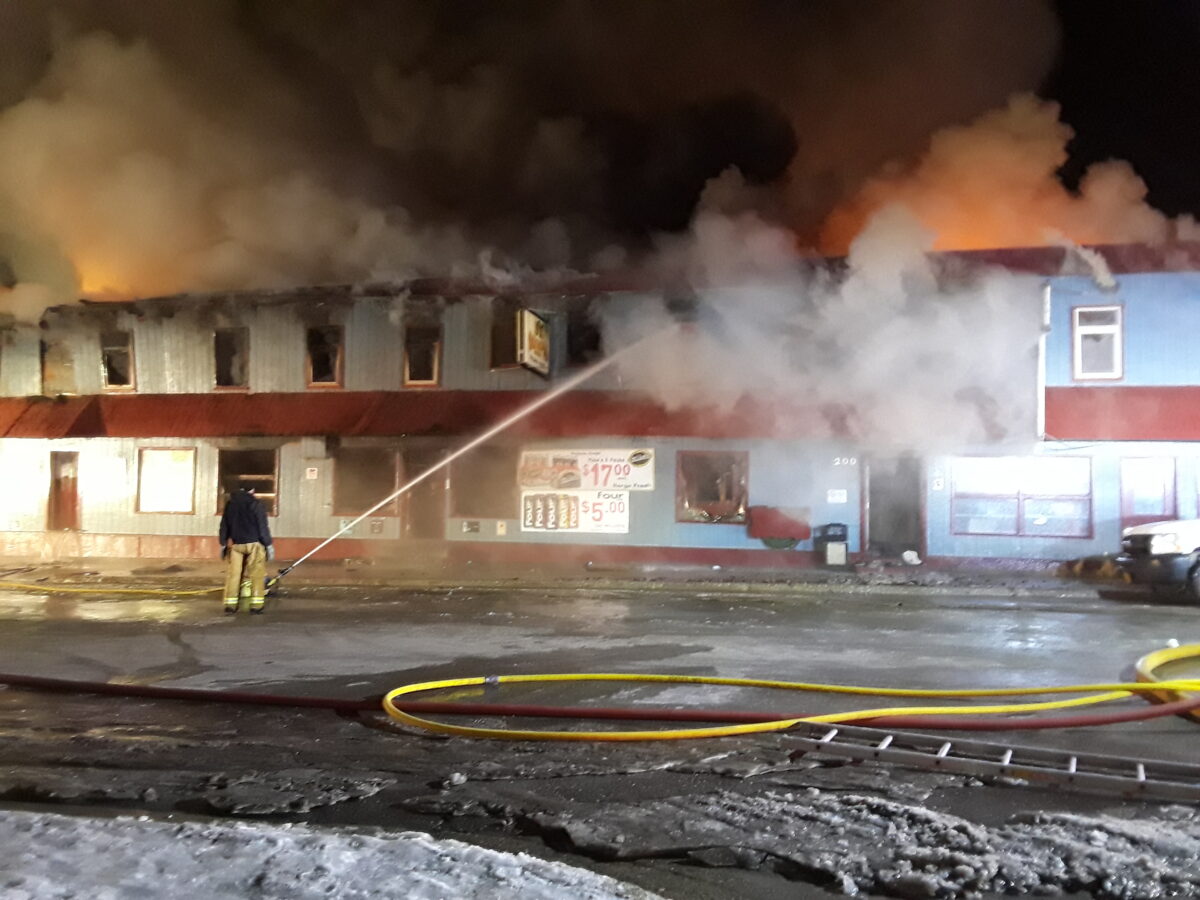 Update, 1:35pm AKDT: Going on hour ten of the Polaris fire, a mixture of smoke and fog now blankets the City of Nome. Residents on the north side of town, near Icy View, are advised to spend minimal time outside as the smoke continues to spread. 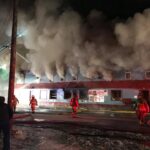 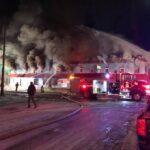 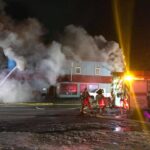 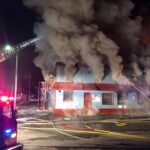 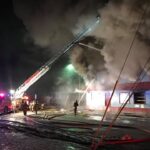 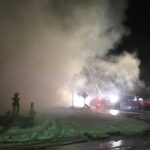 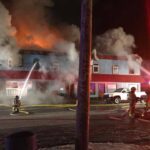 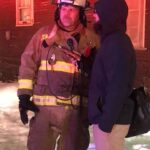 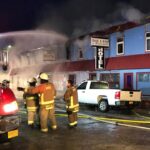 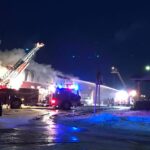 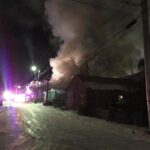 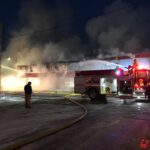 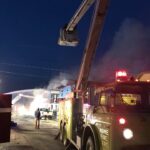 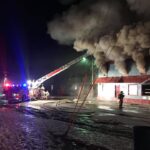 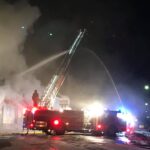 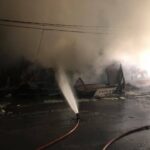 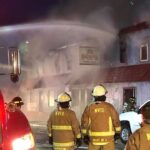 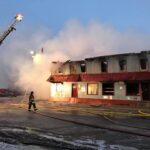 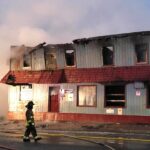 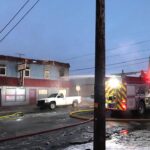 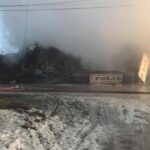 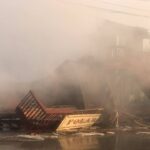 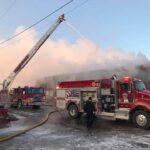 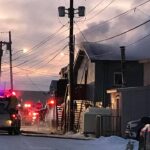 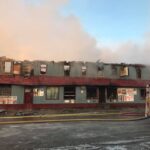 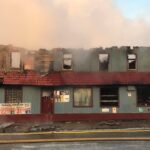 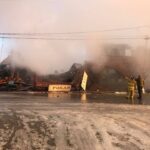 9:26am AKDT Tuesday (original story): Nome residents awoke this morning to see the Polaris Hotel ablaze. 22 of the available 30 Nome firefighters are currently containing the blaze, which has been burning for roughly six hours.

According to Nome Fire Chief Jim West, Jr., the Fire Department was first notified of a fire that started in the Polaris liquor store around 3:15 Tuesday morning.

“It’s coming out of the liquor store; the owner came out and said he smelled smoke. He checked the back kitchen, nothing there; as he worked his way back through the building and came to the storage area where’s there a couple coolers and whatnot, he got a burst of smoke and flame.”

West Jr. and his crew are all safe, but reportedly at least one person, who could still be inside Polaris, is unaccounted for.

The identity of the missing person is not being released at this time.

Firefighter crews on duty as Polaris Hotel continues to burn due to a fire that started in liquor store. Photo Credit: Davis Hovey, KNOM (2017)

As the work to extinguish this fire continues, West Jr. has observed the blaze spread up through the second floor of Polaris and on to an adjacent structure. The Fire Chief says his crew has taken steps to prevent the fire from affecting further buildings and has a back hoe standing by just in case.

“I think at this point in time it’s not going to jump, you can tell the smoke conditions have changed. More white smoke, lighter white, lighter grey. The building had a lot of spray insulation in it, and that’s very hazardous, spray foam insulation, that’s what it is. That’s what we are worried about, too; it’s just an old building.”

West Jr. believes the Polaris Hotel is totaled at this point. KNOM will provide updates on the status of this fire, what caused the blaze, and the unaccounted person as more information becomes available.

Image at top: One Nome firefighter hoses down the Polaris Hotel on Tuesday morning after fire has been burning for more than 6 hours. Photo: Davis Hovey, KNOM (2017).