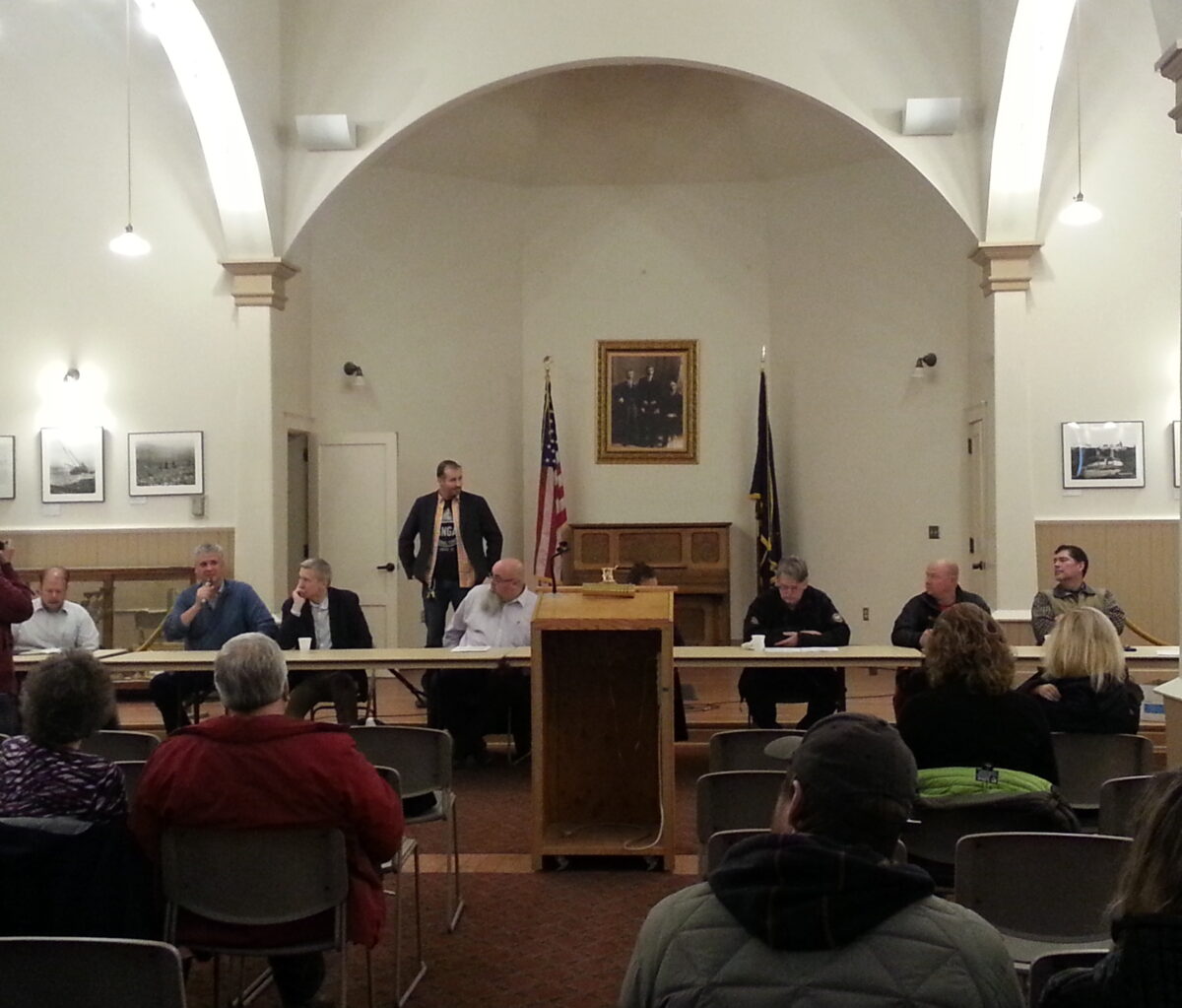 Department of Corrections (D.O.C.) Commissioner Dean Williams was in Nome Wednesday to participate in a town hall meeting with about 25 Nome-ites, four City Councilmen, Geo Group higher-ups, and others. The topic of discussion: whether or not Seaside, the Geo-Group-operated facility, should house sex offenders.

Commissioner Williams says he was not in town to make a final decision on this issue:

The Commissioner stated that Seaside’s full capacity is not being utilized right now; therefore, the $1.7 million that the State currently puts into the facility cannot be maximized.

Superintendent of Anvil Mountain Correctional Center Sandy Martinson says that, on average, between 20 and 40 inmates from AMCC are housed at Seaside regularly:

“So currently, Seaside has 60 beds. We’re sending down the inmates that qualify for placement there. We are averaging about — well, it’s increased within the last month — but we have, like, 30 inmates there. For quite some time, we were only able to put 20 inmates there.”

In order to fill all of those beds, the proposed plan is to allow convicted sex offenders to stay at the facility. According to the Chief Mental Health Officer for the D.O.C., Adam Rutherford, currently nine untreated sex offenders reside in the community of Nome.

Martinson says if those people are already back in the community anyways, why not house them and get them treatment at Seaside:

“When we talk about a sex offender, it’s easy for someone to hear that word and think ‘that’s a generic person that none of us know.’ But really when you break it down, it’s your neighbor, it’s the person working at the grocery store, it could be a relative in your family. So the proposition is getting sex offenders that have served their time, and right before they get out is when they would come to us: go to the halfway house, reintegrate back into the community with a treatment program.”

Another option on the table, Commissioner Williams says, is to close Seaside, but he would rather keep the halfway house intact to help reduce recidivism or re-offense rates.

“If you can use those kind of facilities (halfway houses) to get people a job, stabilized, a place to live when they get out. Get them functioning normal again before they get out, and guess what? They’re less likely to re-offend. I heard this saying in Norway one time: there’s no threat if you have nothing to lose. If you don’t have something to lose, then getting in trouble again or violating the law again is not that big of a deal.”

According to Williams, two out of three people, or about 65%, coming out of prison in Alaska end up back in prison within three years of being released.

In order to bring that number down, Williams says providing local treatment programs for sex offenders while they stay at a facility like Seaside seems to be a successful option.

“It’s not unique in terms of a model; we’re already doing this in Bethel, for example. We have sex offender treatment programming going on at the halfway house in Bethel. It’s been going on for a number of years, successful I think. And it’s better because you have people from that region who are going to be going back home to villages, so at least they are getting some services there; we can keep track of them there. We have very few disciplinary problems there.”

According to Rutherford, the Bethel halfway house has sheltered sex offenders since 2009 and currently has 19 beds available for them. He also mentioned the facility has a positive success rate, with only one offender committing a repeat offense within recent years.

Following the town hall meeting, nothing concrete regarding sex offenders at Seaside is expected to happen right away. The Nome City Council plans to make a final decision on this topic via ordinance at an upcoming meeting later this year.