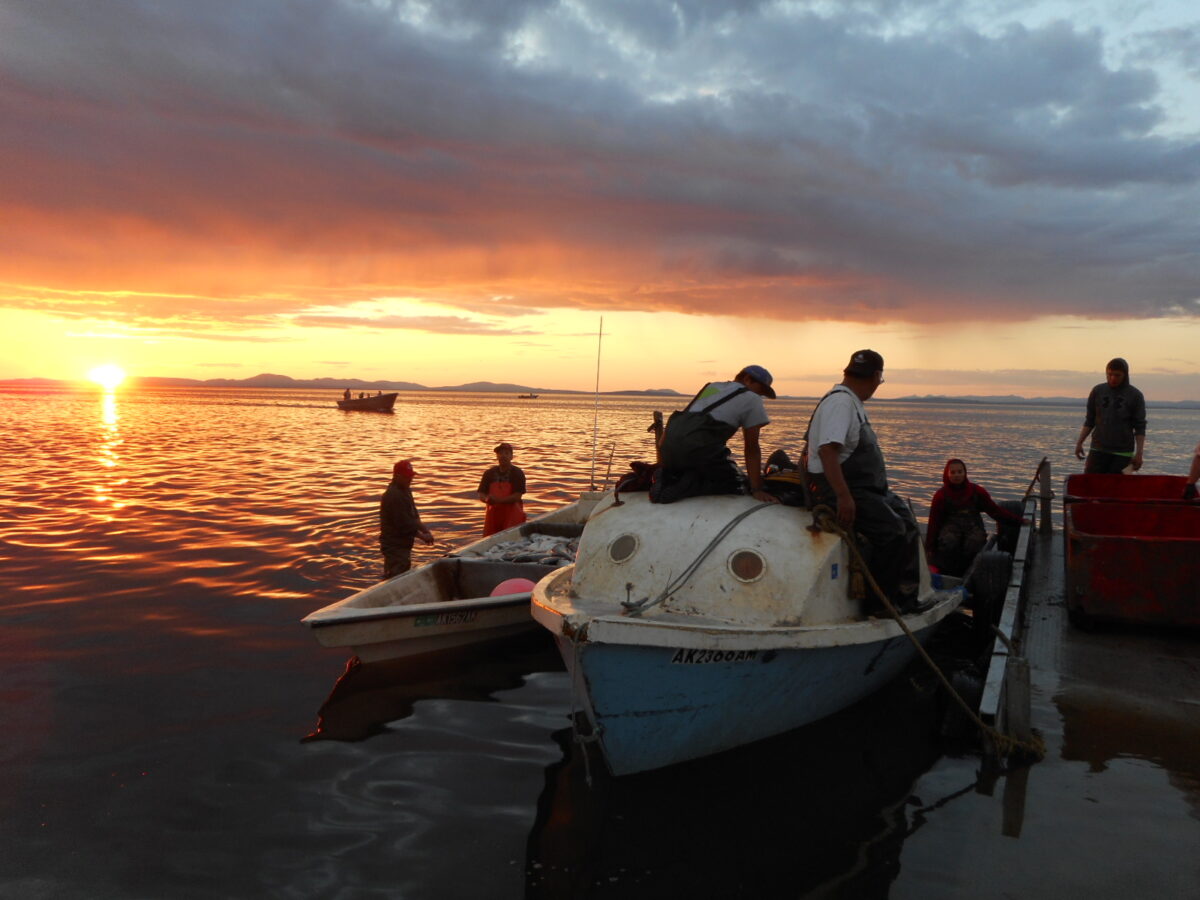 For the first time in three years, Kotzebue commercial fishermen will have two buyers to sell their fish to.

According to Jim Menard, the area manager for the commercial fisheries division in Norton Sound and Kotzebue, Copper River Seafoods and Pacific Star will be purchasing fish in Kotzebue. How many fish the buyers will be able to hold remains to be seen, Menard says:

“One of the issues with Kotzebue always is what’s called a cargo capacity issue, in that the fish are not cut there. What they do is fly the fish out; so, if we get a big period, they do not have enough cargo space on the airplanes, and that ends up limiting how they are going to fish. So, the buyers will tell me they can’t take fish the next day, so, we’ll pull a period, or they may shorten a period.”

To help address the capacity issue, Pacific Star is planning on bringing a processing vessel to Kotzebue in August and can ultimately stay until the season ends at the end of August, if they choose.

Normally, Menard says the salmon runs in Kotzebue peak in number by mid-August. This is not the same timeframe as it is for the Norton Sound salmon runs, and the fish are different, too:

“Kotzebue chum are more closely related to the Yukon Fall Chum. They come later in the year, and they have a much higher oil content. And so, that fishery will peak the first week of August, usually, and you have the two major rivers, the Kobuk and the Noatak. The Kobuk tends to come in first, and then you have the upper part of the Kobuk coming in when the Noatak starts coming in. The Noatak will come in strong in August, so we’ll have much more fish in the first part of August.”

In 2014, the last time there were two or more buyers in Kotzebue, there were more than 100 permitted commercial fishermen in the area. Menard says the Commercial Fisheries Entry Commission (CFEC) does not give all of the permits out at once; only some people fish with commercial permits for the first couple of periods before the peak of the season in Kotzebue.

Right now, the number of CFEC issued permits is a little bit higher than last year at this time in the season. Menard summarized:

“This year it started out, we’re in the high 30’s (# of permits), so we are about a third higher, more fishing, this year; which we are attributing to two buyers being there, and maybe a little higher price. There seems to be a little excitement with the fishermen; we’ll see how the run plays out. Right now, the catches have been average, but there’s only been two openings right now; we won’t tell until the big part of the runs come in.”

According to Menard, the going price for salmon in Kotzebue right now is 38 cents a pound. He expects about 50 or 60 people will have commercial permits later on in the season.