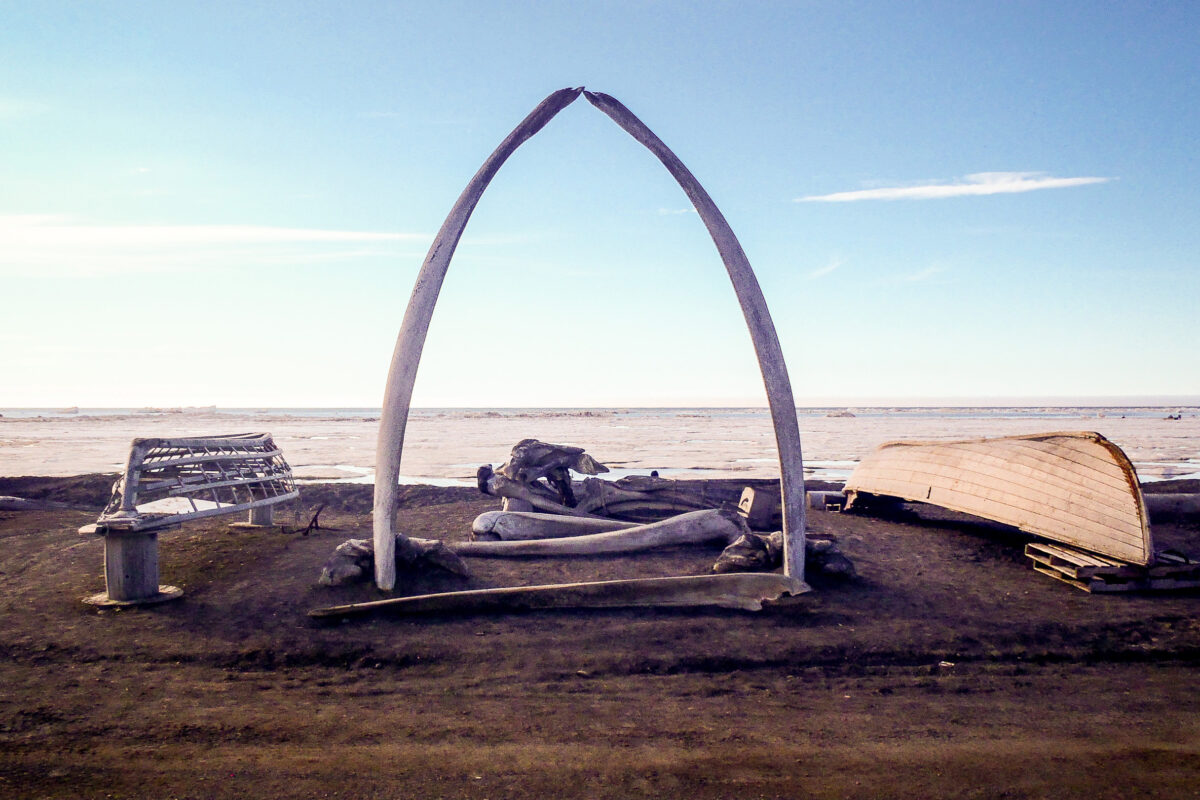 After fourteen days of speaking only Inupiaq, participants in the first-ever Inupiaq Language Intensive held in Utqiagvik returned home to their respective regions last week.

According to co-facilitators of the intensive, Cordelia Kellie and Reid Magdanz, three Inupiaq-speaking regions in Alaska were represented during this unique language program held at Ilisagvik College. 12 total participants came from places like the North Slope and the Northwest Arctic region.

A third of them were from the Bering Strait region: Felicia Nayokpuk, Niviaaluk Brandt, Marie Trigg, and Hattie Keller.

Keller decided to fill out the multiple-question application and attended a portion of the intensive, for personal and professional reasons. Keller says she felt a personal sadness while growing up, like a piece of her was missing, so she wants to learn Inupiaq to make herself whole but also to “someday come back and teach how we learned in Utqiagvik.”

“It was a short, two-week intensive unit, but we could take it home here in Sitnasauk (Nome) and have speakers come out. And I can teach the speakers how to teach the community. So that was a majority of the reason, too: I would really like to start a parent and children night and have them learn and speak. It would be a full circle of learning and teaching, learning and teaching.”

The co-facilitators, Magdanz and Kellie, described all of the participants, including themselves, as second language learners. This was one of the distinctions that separated the Language Intensive from other language classes or workshops.

“We, like most people born in rural Alaska these days or anywhere in Alaska, have our first language as English,” explained Magdanz. “I grew up in Kotzebue, and my parents are non-native, and I became interested in learning Inupiaq, in particular, after I left Kotzebue to go to college. My interests grew at that point, and when I returned to Alaska a couple years ago, I started learning.”

Through grant funding from various sources like the Alaska Humanities Forum and the Rasmuson Foundation, language intensive participants were also able to interact with local elders in Utqiagvik. For Keller, this was one of the most impactful moments from the program. She recalled:

“We spoke with two elders, and they were so proud of us. They told us: we need you to continue our language. And Cordelia and Reid were there, so it was Cordelia, Reid, and I. The elder was speaking to them and telling them what some word means, and all of sudden, Cordelia starts speaking full-on, conversational Inupiaq with her. Our elder starts crying, and she says, ‘this is what we need; we need our children, our future generations, to speak Inupiaq.’”

Magdanz believes that people, like Keller, are “hungry to learn Inupiaq.” For anyone wanting to learn and speak Inupiaq, Cordellia Kellie says: don’t give up:

“It’s an opportunity to understand our own, indigenous world view as an Inupiaq person and to be connected to our family members in a deeper way. I want to know my elders as people; when they speak, that’s the fullest representation of who they are, because they’re speaking their own language. And I want to see things from our own perspective, because there are so many concepts within our language that don’t exist in English.”

Kellie and Magdanz’s goal is to host a language intensive once per year, while moving the event from one Inupiaq-speaking region to another throughout Alaska.