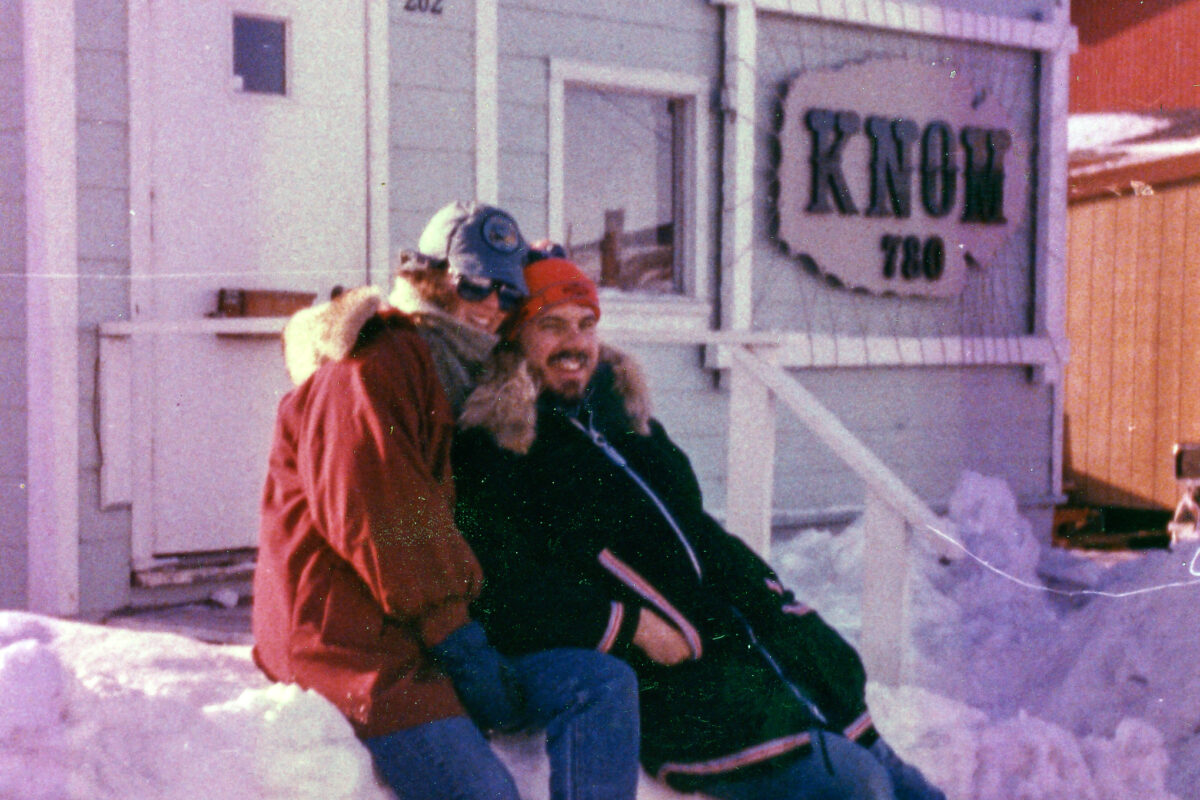 After 31 years of service to KNOM Radio Mission, Business Manager Lynette Schmidt is retiring. As a beloved friend to benefactors, community members, and staff alike, she will be greatly missed in retirement. KNOM is grateful for the many sacrifices and contributions Lynette and her family made to Western Alaska broadcasting.

Lynette met her husband Ric at KNOM, and they raised 6 children together. In that time, Lynette served as volunteer, news director, inspiration director, development director, and business manager at KNOM while Ric served as program director and general manager. Lynette is grateful for many happy years spent in Nome with her family.

In this final interview, Lynette talks about her Nome journey beginning when she visited her brother Norm, who was an engineer at KNOM.

“That’s when the Holy Spirit grabbed me and said, ‘you belong in Nome,’” Lynette says.

Hear the full interview below:

Image at top: Lynette and her husband Ric during their volunteer days.