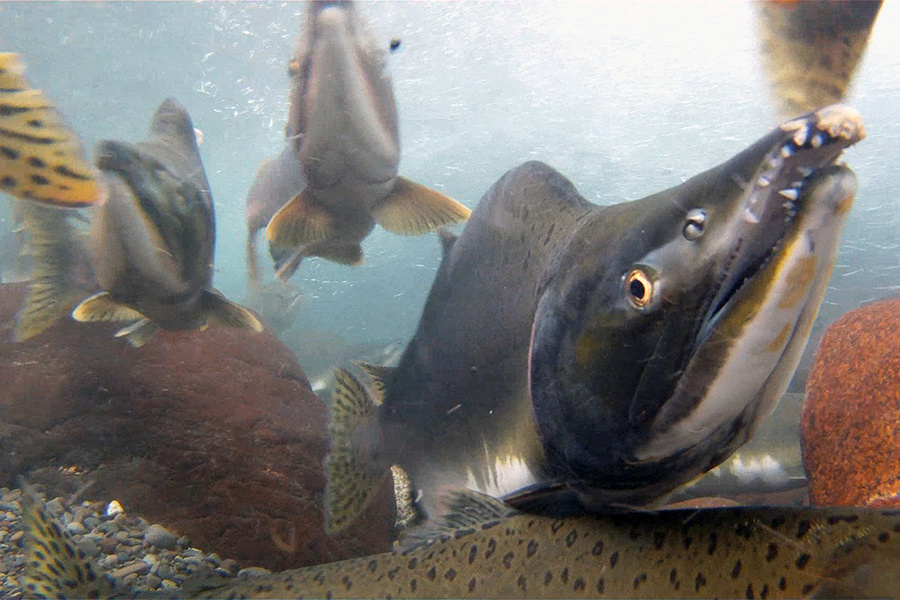 It looks like it’s going to be a fairly average year for pink salmon in the Norton Sound region, but a weak year for chum, according to Alaska Department of Fish and Game biologist Jim Menard.

2021’s pink salmon catch was the fifth-highest ever, and the highest ever for an odd-numbered year. That was because there was an extra buyer in the region in 2021, Menard explained. That extra buyer, Icicle Seafoods, does not plan to return to the Norton Sound region this year.

Salmon forecasts for the Norton Sound are based on juvenile trawl surveys conducted in past years. By looking at the number of young salmon that spawn in a given year, biologists can judge the size of the run in later years.

Based on that data, last year’s run of chum salmon should’ve been exceptionally strong, but it ended up being just the opposite, Menard said. The 2021 chum catch in Norton Sound totaled 6,410 fish. That’s only about 5% of the 10-year average of 118,336 fish. Menard is expecting more of the same this year.

The forecast for silver salmon, like pinks, is close to normal. That’s much better than last year, when the total silver catch was only 7,189 fish, compared to a 10-year average of 112,578. Menard isn’t as confident in the forecast for silvers, however, because of how weak last year’s silver run was.

For sockeye salmon, Fish and Game may shut down fishing on the Pilgrim River as early as mid-July in order to meet escapement goals for the season.

“We think the run is going to be similar or dropping from last year, so we would take a closure faster than we did last year. We didn’t make the escapement goal there last year,” Menard said.

Menard doesn’t expect any openings for commercial fishing of chum salmon this year, but there should be plenty of openings for pinks.

Last year’s catch numbers for all salmon varieties follow, along with the 10-year average for comparison:

Image at top: A cluster of pink salmon. Photo courtesy of NOAA Fisheries (2020).