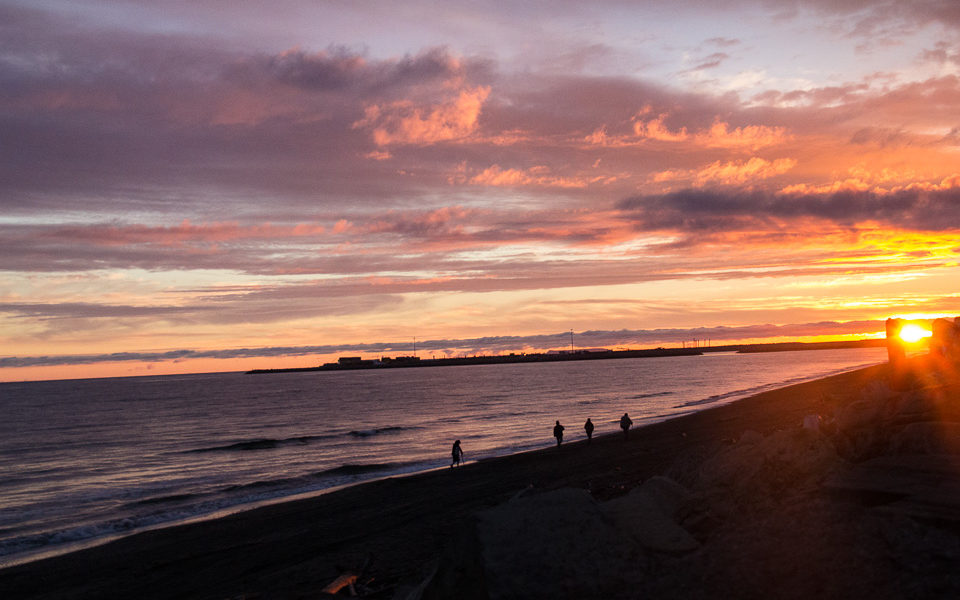 FINDING THE PATH TO HEALING: OVERCOMING CHILDHOOD TRAUMA, by Mary Miller, was originally presented as a keynote address for the 1995 Alaska Native Children of Alcoholics Conference in Nome.

This address has been adapted for radio in collaboration with NSHC’s Behavioral Health Services’ Native Connections Program for Suicide Awareness and Prevention Month (September). Native Connections Project Director Sherri Anderson has lent her voice to bring this speech to KNOM’s airwaves this month.

Image at top: A sunset view of the coastline surrounding Nome. Audio in this feature performed by Steve Barta, Richard Carr, Loren Gold, Bill Murk, the Marquis Ensemble, Northern Voices, Ira Stein, Pamyua, Danny Wright, and George Winston. Sound effects come from the community of users at Freesound. Permission to adapt this written work for radio play received from Andrew Miller. This version has been adapted for the web from its original form.