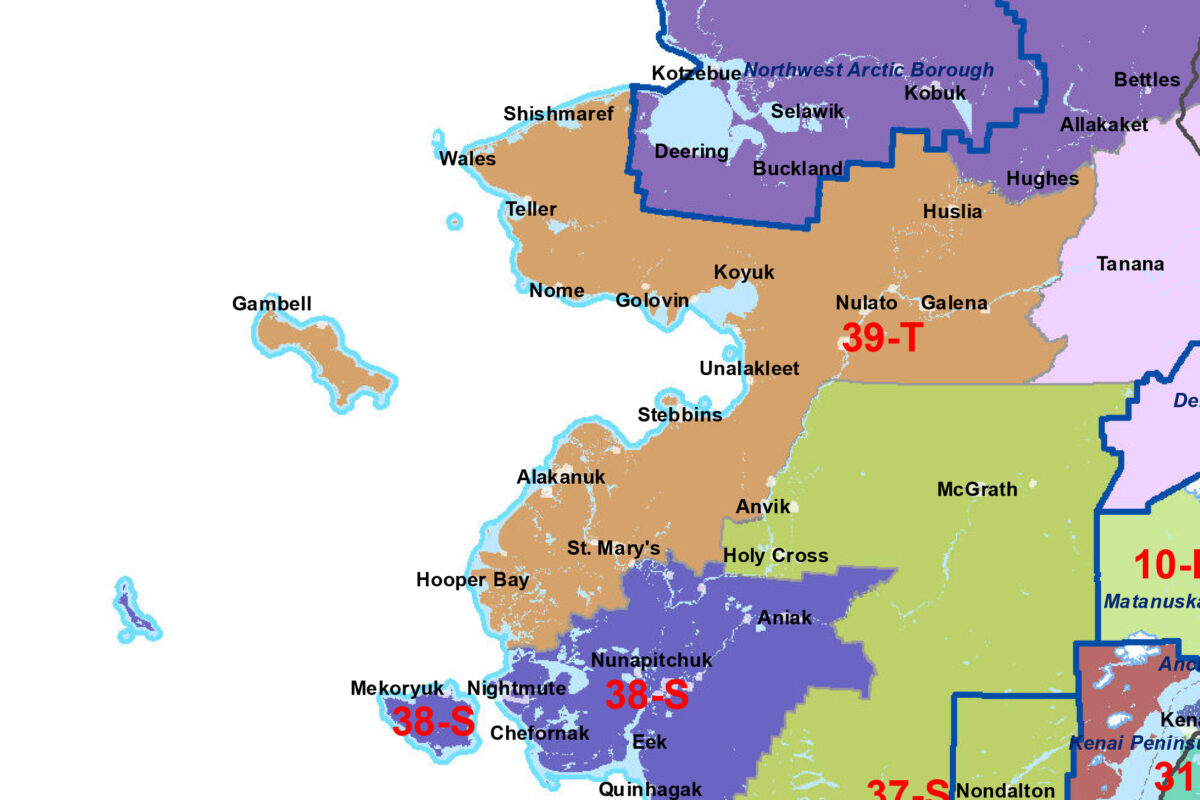 House District 39, which includes the entire Norton Sound, parts of Interior Alaska, and St. Lawrence Island has been represented by Democrat Neal Foster of Nome since 2009. During this year’s primary election, Foster has competition on the Democratic ticket from Tyler Ivanoff of Shishmaref.

Ivanoff is a late millennial at 37-years old. In Shishmaref he is a subsistence hunter and works as an Educational Aide at the local high school while pursuing a degree in Elementary Education.

Politics aren’t new for Ivanoff. He was previously the Mayor of Elim from 2012-2014, his hometown, and has also served on local city and tribal councils. Ultimately, Ivanoff said it was decreasing dividend payouts to Alaskans that encouraged him to run for the state legislature.

“I really would like to amend the state constitution to put the original PFD formula into law for good. But I’d also want to go down there to restructure our oil taxes and fix the oil contracts. It seems like we’re losing a lot of revenue since Bill 21 was passed. We’re giving away billions of dollars in tax credits, revenues that our state collected have gone down immensely.”

Ivanoff referred to the 2013 Senate Bill that allows oil companies to pay less in taxes per barrel when oil prices are low. House Democrats estimate Alaska paid $1.2 billion in tax credits in the last fiscal year (2019).

As a lifelong resident of rural Alaska, Ivanoff says he uniquely understands the challenges Western Alaskans face when it comes to a lack of running water, expensive and overcrowded housing, and other infrastructure challenges. He thinks smaller PFDs and budget cuts are hurting rural residents.

Ivanoff struggled to arrange an interview with KNOM due to poor phone signals and internet in Shishmaref, something he doesn’t think a hub community resident like incumbent Neal Foster can relate to in the same way,

“I kind of understand the struggle that our people have and [with] taking money away from our community, I get the feeling that people struggle. And with Neal, I don’t think he understands that struggle because he’s never lived in a small community. I would be a better candidate because I know the way our people feel.”

There’s another area where Ivanoff thinks his rural experience will benefit him as a legislator: public safety.

“I myself in the past have served as a VPO in Elim when we had no other officers because I was the mayor. At times it gets very difficult, the situations that you have to handle with the lack of training that you have.”

His opponent, incumbent Neal Foster of Nome, reminded listeners that he does support a full PFD payout but not at the expense of programs like the Power Cost Equalization.

“There’s a billion dollars in that fund. And other legislators wanted to use that to balance the budget and to get a full PFD. And that program, the billion dollars that’s in there, has helped pay out money for the past 30 years to help subsidize rural Alaska’s electric costs.”

Foster has introduced a progressive PFD bill that would give highest payouts to lower-income Alaskans.

Foster is the chairman of the House Finance Committee’s operating budget and he thinks that is an important role for a rural legislator to hold, and one accomplished through his seniority. There are only four representatives in the House that represent primarily rural districts.

“To me it’s been very important that we have these positions because that’s going to protect rural Alaska as we move down this road of having deficits and finding ways to either raise money or find cuts.”

Ivanoff and Foster will both compete to be the Democratic candidate in the Primary Election on Tuesday, [August 18th].

A third candidate, Dan Holmes of Nome, is running unopposed on the Republican ticket. Click below to hear from Holmes ahead of the Primary Election:

Posted in Elections/Politics, News
← KNOM’s Exchange: Three Superintendents From the Region Discuss Back to School3 New COVID-19 Cases Spread Out Across Norton Sound, Brings Total in Region to 33 →