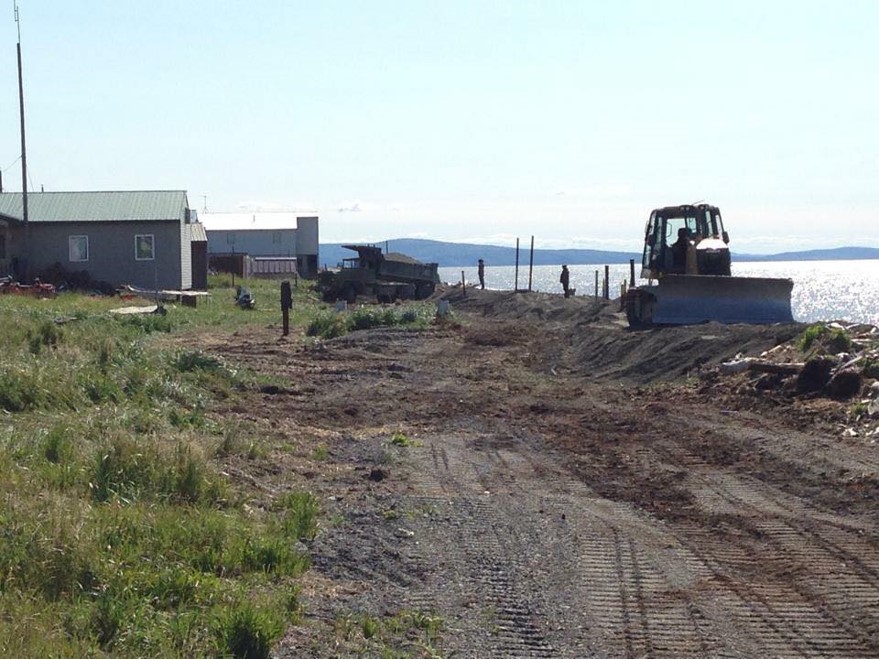 On June 2, the US Department of Housing and Urban Development (HUD) announced over $20,000,000 in community infrastructure funds for Tribes and Native Villages. The funds will be used to support 28 development projects in Alaska, including the renovation of a berm in the Alaska Native village of Shaktoolik.

Sophia Katchatag is a tribal coordinator for the community of around 250, which sits along the Eastern Norton Sound. With guidance from the Alaska Native Tribal Health Consortium, she applied for an Indian Community Development Block Grant (ICDBG) this past winter after Shaktoolik’s existing berm had become damaged by early autumn swells.

“In 2019 we had our first fall storm—August two and three storms—which eroded a good portion of [the Berm]. We had to get some emergency funds from the Denali commission to repair the berm in front of town and some parts past the Old Site where it also eroded.”

Shaktoolik’s berm, which runs from the north side of the village down to the airport and consists mostly of gravel, was originally built in 2014. Prior to its construction, a wall of gathered driftwood provided the only protection against powerful storms for the coastal community, according to Katchatag.

Coastal erosion has long been a problem for Shaktoolik. In a 2009 report, the Government Accountability Office—the federal agency that provides auditing, evaluation, and investigative services for Congress—identified Shaktoolik as one of four Alaska Native villages in immediate need of relocation.

Per a press release from HUD this month, $800,000 in funds for a new berm have been awarded to Shaktoolik. The federally-financed structure will stand five feet in elevation and be composed of local granular fill, driftwood, and grass.

The ICDBG program funds a variety of projects, including housing, community facilities, and economic opportunities for low income individuals. Lee Jones, who serves as HUD’s regional public affairs officer for Alaska and Washington, explains the nature of the block grant:

“The block grant is a competitive program. What it does is to seek applications from tribes and native villages about things that they need to provide for housing or economic development activities in their communities.”

While other federal entities have complex systems for prioritizing projects, HUD relies on a more local approach.

“We tend to have this sort of longstanding philosophy that the folks who live in a community know that community a whole lot better than a bureaucrat like me in Seattle or a bureaucrat in Washington DC.”

The past year has been a busy one for Shaktoolik’s grant writers. According to Katchatag, the village was also awarded $1,000,000 by the National Fish and Wildlife Foundation last November for coastal protection. Aside from renovations on the local berm, construction has already begun on a new bulk fuel tank farm for the community. That project is expected to be completed by the end of this summer.

Image at top: Shaktoolik’s Berm in 2017. Photo from Genevieve Rock, used with permission.