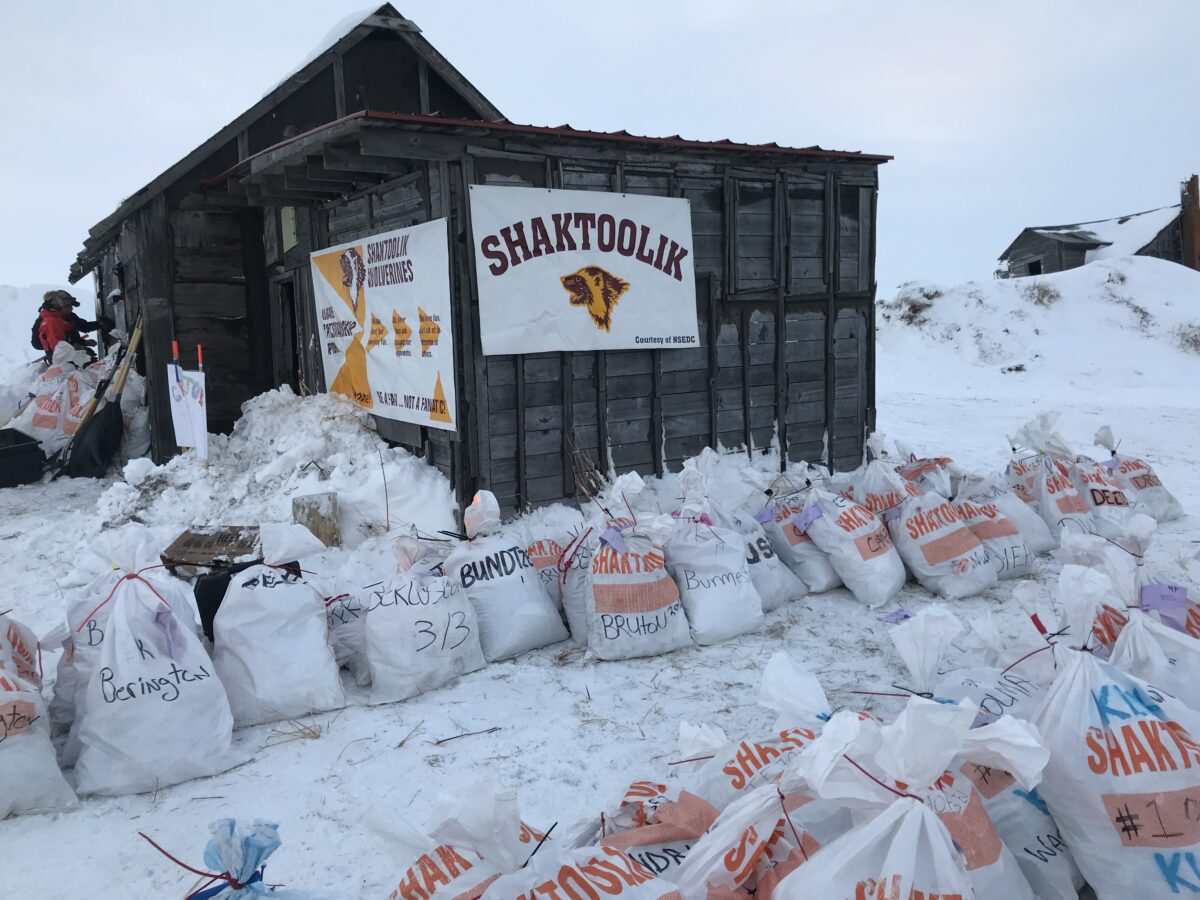 The Native Village of Shaktoolik is being recognized for their makeshift checkpoint during this year’s unusual Iditarod sled dog race. The community has been given the Golden Clipboard Award from the Iditarod Official Finishers Club.

In a press release, the Iditarod Trail Committee said Shaktoolik is being recognized for their commitment to “providing the best possible checkpoint in light of restrictions and concerns over COVID-19.”

Just days before mushers racing the 2020 Iditarod were expected to reach Shaktoolik, city leaders decided to close the community checkpoint to prevent any local spread of the novel coronavirus.

“That was very early on in terms of the impact and the response in the state of Alaska. So you had individuals coming together and saying, ‘We haven’t seen this threat (coronavirus) out here, but we know that we need to be prepared.’”

But efforts to protect the community weren’t going to prevent community members from also providing hospitality. They set up their own last-minute shelter.

Shaktoolik residents found a ruined house at the old Shaktoolik site, about two miles from the current village. They outfitted the shelter with food, water, and a warm place to rest for mushers and dogs as the teams prepared to cross the barren sea ice across the Norton Bay.

One of the leaders for that effort was Hannah Lynn Sookiyak, who told KNOM at the checkpoint in March that she comes from a family history of Iditarod volunteering. She says her parents were checkers for the race when it first started in the 1970s.

“I don’t know how many years they did it but they did it in their own personal two-story home with 11 of us kids. And back when it first started, we had no running water, no sewer, so my brothers were busy hauling ice and dumping honey buckets!”

Iditarod Race Director Mark Nordman said he, “appreciated Shaktoolik’s efforts to go above and beyond for the race teams.”

The actual award will be given to the community at a later date.

Image at top: Drop bags are lined up outside the makeshift Iditarod checkpoint near the community of Shaktoolik. Photo from Emily Hofstaedter, KNOM (2020).