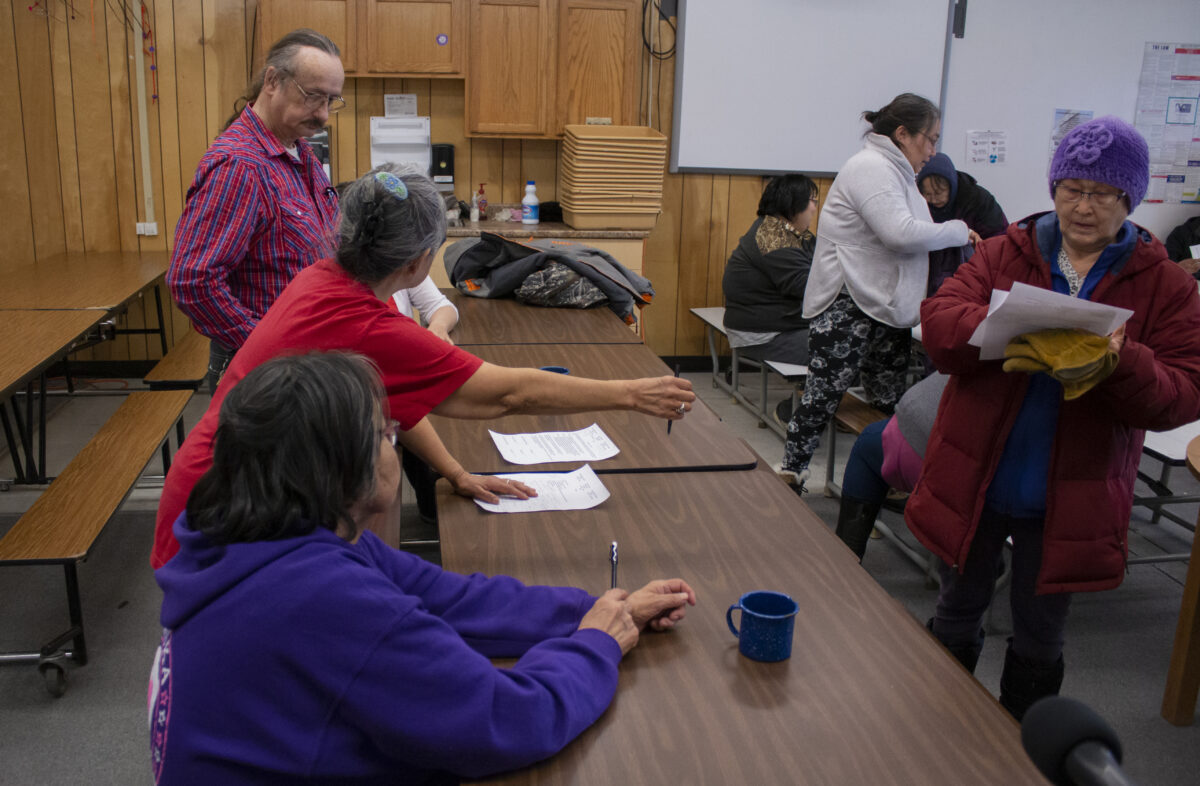 The City of St. Michael is requesting emergency funds from the state for a new bulk fuel storage facility after the Coast Guard refused to service the community’s existing tanks. If St. Michael isn’t able to procure the necessary funds, the village could find itself depleted of heating fuel by next Christmas.

Two weeks ago, leaders in St. Michael met for a crisis session in City Hall. Spread about a converted cafeteria (from the days when the building served as the village’s elementary school), representatives from the community’s three entities came together to discuss solutions to a possible fuel shortage.

While it’s not uncommon for representatives of the City, Native Corporation, and IRA to work together, formal sessions between all three are rare occurrences. That’s according to St. Michael’s grant writer Virginia Washington, who called the meeting after the City received results from the Coast Guard’s inspection of their current fuel tanks. Washington says the Guard was concerned with the tanks’ structural integrity.

“The foundation is dropping and at the same time it affected the bottom of the tanks to tilt. One of them is leaking and so it didn’t get filled. They’re (Coast Guard) afraid that once another climate change sinkhole happens this summer, we don’t know if it will completely sink or maintain itself.”

The fuel tanks sit about two-hundred yards from the cafeteria where the meeting was held. They are bright yellow with spots of rust and sit like uneven teeth in the snow. Washington remembers when they were first installed, nearly half a century ago.

As it stands now, the small Norton Sound community of just over four hundred would be without fuel by next December. That’s according to Mayor Harold Hawkins, who presided over the emergency meeting. An extended period of time without fuel would prove disastrous for St. Michael, which has already endured an unforgiving winter this year. Washington explained that the main water line froze up several months ago and half the village is still without service, with no end in sight.

“Without fuel we can’t keep nothing warm. Not even the water and sewer. This is a crisis that’s why I called the meeting.”

After minor deliberation, the three entities moved to carry a motion requesting emergency assistance from the Alaska State Legislature. The estimated cost for replacing the system hovers at around one million dollars. This would include the bulk fuel tanks, a safety berm, pipe access to the coastline, and a fuel station.

Representative Neal Foster’s office confirmed that St. Michael’s request has been entered into the capital budget for the current legislative session.

Washington lauded her colleagues for attending the meeting on short notice and noted how important the collaboration between the entities can be.

“I’m really happy that our leaders were able to speak today. That’s our first step. Now we need to send it to the state to include it in the office of management and budget. It will happen.”

The village of St. Michael continues to struggle with aging infrastructure, but its leaders remain hopeful for the future and for the coming spring.

Correction: An initial version of this article cited a former mayor of St. Michael. That name has been changed to accurately attribute the citation.

Posted in News
← One of 12 Rookies Will Lead the Mushers Out in 48th Running of the Iditarod2020 Serum Run Expedition Day 14: Old Woman to Unalakleet →