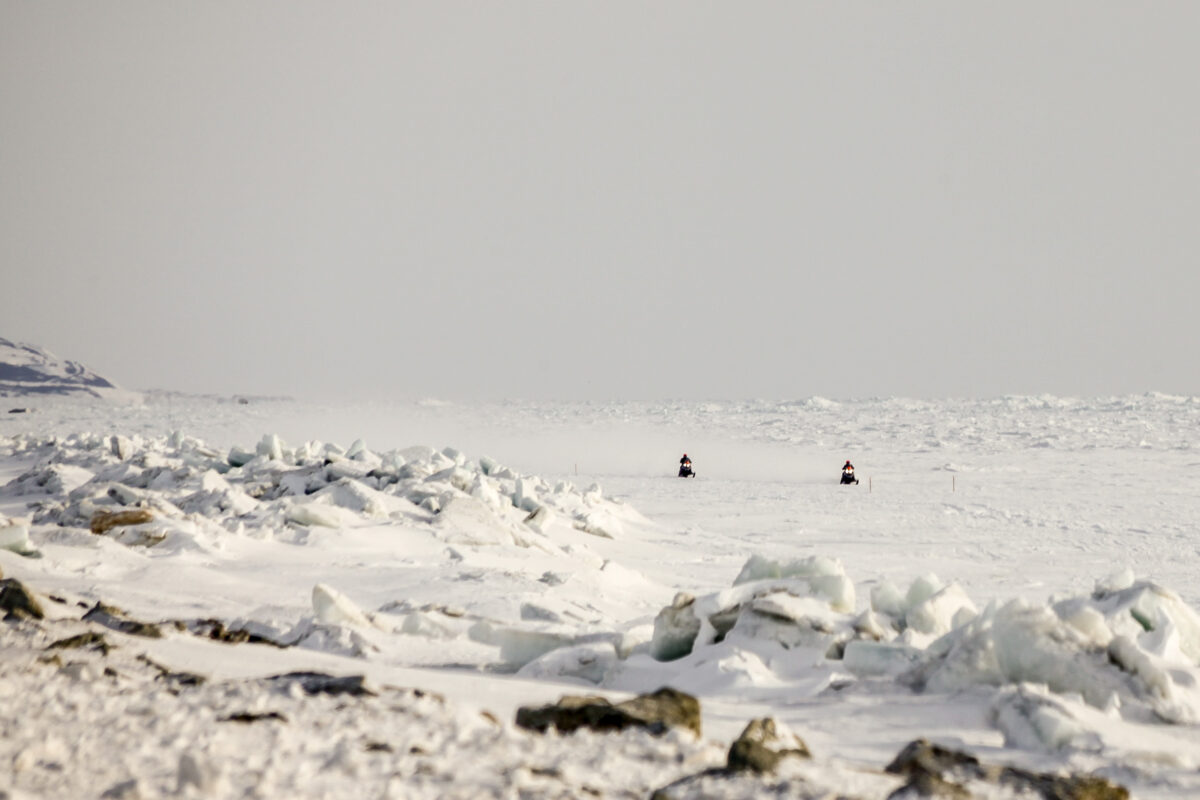 With a double-digit number of teams scratched, the remaining 2020 Iron Dog teams have set their sights on Nome after a layover in Kotzebue.

Currently, six teams have finished their overnight layover and are back on the clock. However, just because their layovers are complete, does not mean that every team left Kotzebue when they were able to.

As of this update, Team #7 of Tyler Aklestad and Nick Olstad, Brad George of Team #6, and Team #5 of Zackary Weisz and Brett Lapham are the only ones the GPS tracker shows as currently being on the trail. George’s teammate Tyson Johnson may be racing close to him, however due to GPS tracker malfunctions, his exact location is currently unknown.

There would have been seven teams back on the clock at this point, if not for Team 39’s scratch this morning. Robby Schachle and his teammate Cody Barber elected to withdraw from the race after Schachle endured what he called, “a very unfortunate hit.” Schachle says he broke his collarbone on the trail and then raced for 200 miles before reaching Kotzebue, where he elected to scratch. This brings the number of teams that have scratched to 11.

The GPS tracker still shows Nick Olstad and Tyler Aklestad in the lead, as they were the first ones out of Kotzebue at 7:00am. Olstad and Aklestad are currently on their way to Selawik after just passing through Kiana at 8:55am.

After Selawik, racers will turn south back towards Koyuk, and then head west to Nome for the halfway point in this race.