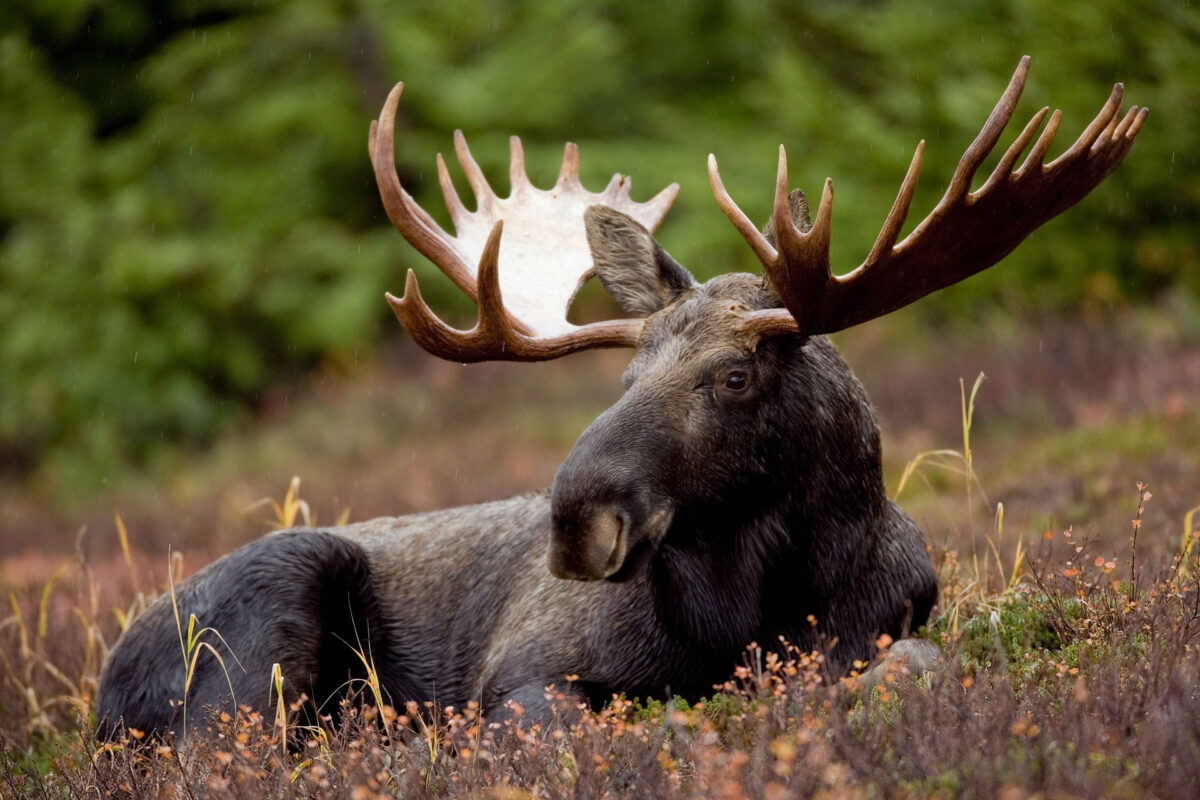 On Jan 16th, the Alaska Department of Fish and Game (ADF&G) attended a Board of Game (Board) work session and regular meeting in Nome. The Board adopted a number of changes for this year’s hunting regulations, including extending harvesting seasons and expanding permit regulations in moose hunts.

In sum, thirteen proposals were submitted for Unit 22—the hunting region that includes the Nome area. Of the thirteen, six proposals were carried through after much deliberation and occasional amendments. Those included Proposal 33 which was submitted internally by ADF&G.

It requires individuals to obtain a registration permit if they wish to hunt moose in Unit 22D. 22D is a remote hunt area and previously did not require an RM840 Registration Permit. The proposal, which was adopted by the state without amendment, also modifies the winter bull moose hunting season to begin on Dec. 1st instead of October. Area biologists cited both the persistent decline in bull to cow ratios and the need for better harvest reporting in their rationale.

While it is common for proposals to come from area biologists working within ADF&G, others adopted by the Board of Game were recommended by members of the public, such as Proposal 35. Here’s Tony Gorn, the Regional Supervisor for the Department of Wildlife Conservation, to explain:

“The board adopted proposal 35 which changes the availability of Unit 22 Moose permits and makes them available only through July 25 through August 25 in Nome, White Mountain, Golovin, and Teller.”

Historically, RM840 moose permits were available online to any eligible party, from early July through the end of the season. Now, Gorn says, these same permits must be acquired in person within a shorter interval of time.

“Little bit more thought’s going to have to be put into obtaining a permit. It’s a very big component of it.”

Not all of the proposals adopted by the Board are restrictive measures. Prop 39, submitted by Kevin Bahnke of Nome, will double the Unit 22D bag limit for brown bears from one to two, per season. Proposal 41 extends the season in Unit 22B and C (although an amendment to require a registration permit in 22C was later added). Gorn is clear that Nome’s area biologist, Bill Dunker, will be measuring the impact these changes might have on the upcoming season.

“Definitely out of the Nome office, Bill is going to be paying very close attention on what type of effect this proposal has on overall harvest… this spring he’s planning to count bears on the seward peninsula.”

Other proposals were rejected by the Board, like the proposal to close the nonresident moose hunt in Unit 22C, or the one that would have allowed hunters to “position” brown bears with a snow machine. When asked about the Board of Game’s decision-making process for considering a proposal’s viability, Gorn had this to say:

“The Department of Fish and Game is always neutral, because what we’re talking about here is methods and means and topics like allocations. Those are topics that the Board of Game wrestles with… I don’t want to speak for the Board, but I do know that some of the considerations for these types of proposals have to do with the practical ability to enforce these ideas.”

Gorn did go on to stress how important public and written testimony is to the Board of Game. He points out that anyone—resident or non-resident—can go online and submit a comment for the proposals that go before the Board.

The adopted proposals will be included in this year’s Alaska Hunting Regulation book, which becomes available to public on July 1st.