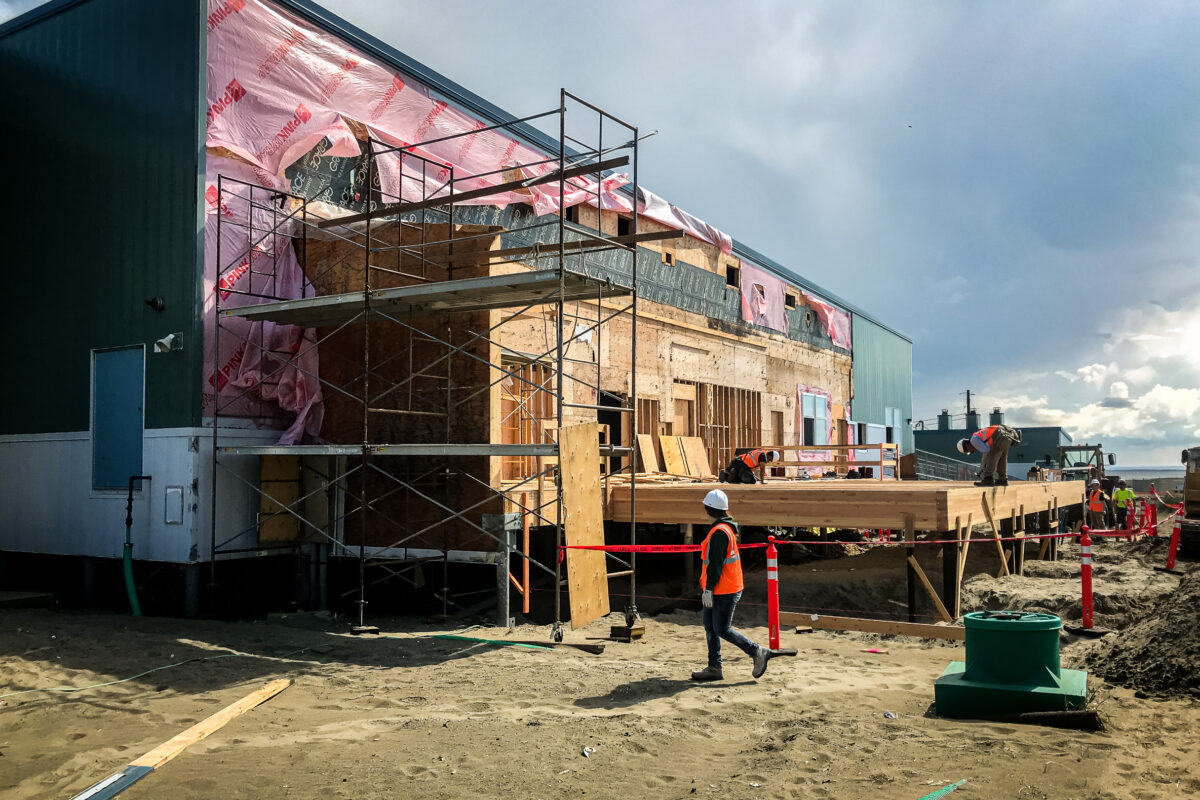 The holiday break has been extended for students in two Bering Strait School District (BSSD) schools at the start of the new year, because of frozen pipes. St. Michael cancelled school Monday and Shishmaref has told students to stay home until at least Wednesday of this week.

According to a teacher in Shishmaref the classroom sprinklers originally caused the shutdown.

“So the fire suppression system froze, but when you freeze sprinklers, they leak… there are icicles coming from the ceiling. So yeah those are all damaged.”

For a separate project, construction crews have been renovating Shishmaref’s school for the past few months. Unfortunately, those crews left for the holiday and no one was on site to notice the leak.

As BSSD Superintendent Dr. Bobby Bolen describes it, the situation is a perfect storm.

“That school is being remodeled. It had some issues with the glycol pump, with the construction company. It slowly leaked and froze over the break while people weren’t there. It flooded a classroom or two.”

Bolen says no one is to blame for the leak.

As of this past weekend, maintenance workers were already mopping up water and repairing the damaged systems. Bolen is confident Shishmaref will have school by Wednesday or Thursday.

In Eastern Norton Sound, meanwhile, St. Michael has been without water or sewer for over a week now. Bolen is unsure when the community will have their service restored but he says the St. Michael school will remain open either way.

“Because there’s no water coming from the city, they need to distribute honey buckets and get gallon drums from the tank, so that we can provide services at the school.”

BSSD has sent in-house maintenance to both St. Michael and Shishmaref to provide support. Between the extreme temperatures and aging infrastructure, Bolen says schools have to be prepared for these freeze-ups throughout the winter.

“This time of year, the systems just aren’t designed for all this cold. The pipes are getting older in the communities. We have freeze-ups pretty much around most of our sites.”

According to BSSD policy, any school days missed because of maintenance issues will be made up at a later date.

Image at top: The new Shishmaref school, under construction in June, 2019. Photo from Emily Hofstaedter, KNOM.