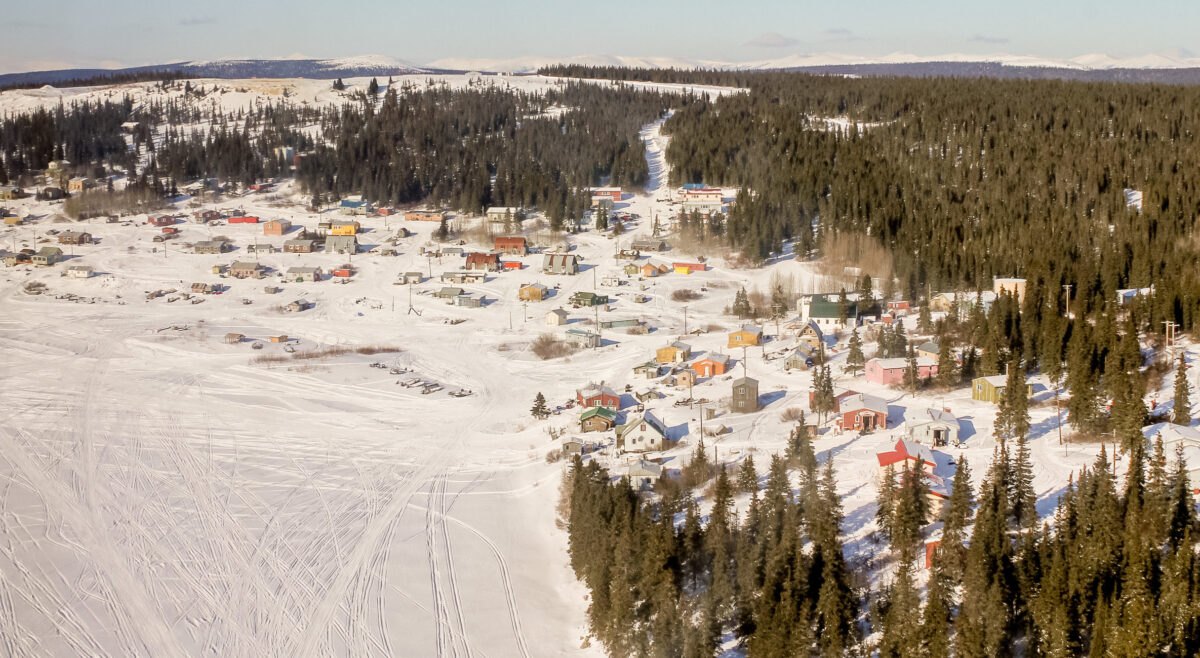 White Mountain has been without regular postal service since late October, according to the Alaska United States Postal Service (USPS), after their former postmaster left her position and no full-time staff member has filled the opening. All first-class mail for White Mountain is being held in Nome until further notice.

KNOM’s Joe Coleman has this report from a community still waiting to receive their mail.

Residents like Dorothy Barr, White Mountain’s Tribal Coordinator and the mother-in-law of the former postmaster, are feeling the pressure.

“Especially with Christmas coming. People will be ordering Christmas presents, but thankfully we have Ryan Air.”

Amazon packages on cargo flights are the only pieces of mail getting into White Mountain right now. Another main concern is over PFD’s and money orders that have still not arrived, which especially affects elders without debit cards. Mayor Dan Harrelson explains just what that means.

“It’s frustrating for folks because all those people are waiting on bills to come in, they’re waiting for checks to come in – social security checks, permanent fund checks. Some of them were distributed here when the itinerant workers came in, but, you know, people have groceries coming in.”

On top of that, anyone who receives their bills in the mail instead of electronically has not been able to receive them in a timely manner. This means that things like child support payments and credit card bills cannot be sent or received, forcing potential delinquency and late fees.

Without a specific point of contact at the United States Postal Service, there is confusion in White Mountain about the timeline for when the new hire will arrive. Some residents have been told that there will be postal workers coming from surrounding communities weekly, however inclement weather has made that difficult.

In an emailed statement, USPS spokesman in Alaska, Brian Sperry said, “weather permitting, we will continue to have an employee from another Post Office fly to White Mountain at least once a week to distribute mail and provide retail services until the staffing situation is resolved.”

Sperry also mentioned that USPS has hired two new workers who will be in White Mountain sometime during December and the postal service is actively looking to hire more employees in the community. Sperry did not mention whether these two new workers will be full-time.

White Mountain isn’t the only community whose mail has been in a state of flux, however. Koyuk was without postal service for the majority of this past summer, but now has a full-time post-master. A representative from Koyuk’s post office said she was unable to comment due to a USPS policy preventing employees from doing interviews with the media.

The former postmaster for White Mountain was unable to be reached for comment.

Mayor Harrelson says that USPS has not been actively communicating with White Mountain, causing anxiety among residents, and no clear timeline has been conveyed to them.

“They haven’t contacted the village, as far as I’m aware of, directly. Several residents of White Mountain called the postal service and asked them what’s going on and how come we can’t get a itinerant worker in here and get our mail sorted but the postal service hasn’t been very outgoing or forthcoming on all that’s going on.”

White Mountain’s City Clerk Amy Titus has her own concerns with the USPS process.

“And I know the post office position only posts it for five days or a week or something – I didn’t look into it, but I heard it’s only online for five days so I’m really hoping somebody applied.”

At this story’s release, the oldest posting on the USPS jobs website for a postmaster was from November 21st. None of their current listings are for White Mountain positions.

With the holiday season quickly approaching, White Mountain residents are uncertain if their gifts and packages will arrive in time for Christmas day.

Posted in News
← Mayor Beneville Pushes for Public Safety Commissions To Form Across the StateMinors Suing Owner of Myrtle Irene for More Than $100,000 →