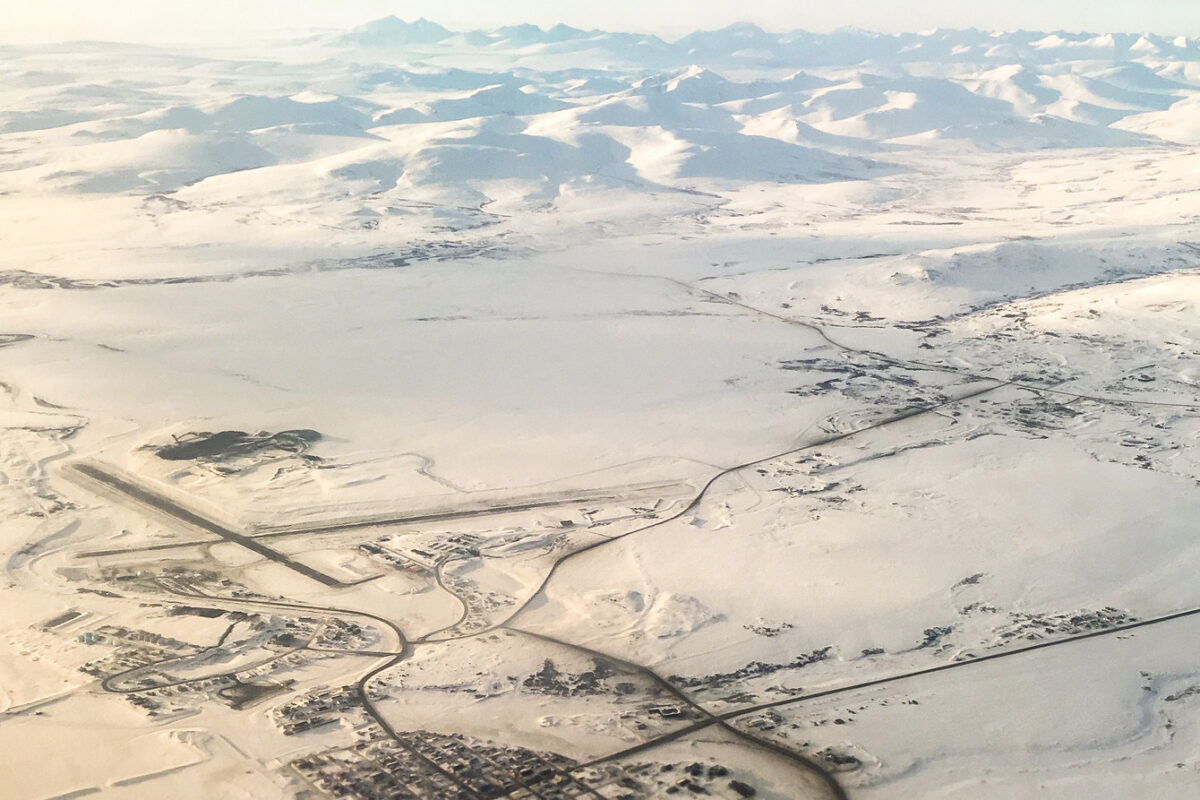 They invited residents from the Bering Strait region to gather at the University of Alaska–Fairbanks (UAF) Northwest Campus in Nome for an event they called Arctic-focused Incidents of National Significance, or Arctic-IONS.

ADAC is a part of the U.S. Department of Homeland Security Science and Technology Center of Excellence in Maritime Research. They are a research agency, and currently, their biggest client is the U.S. Coast Guard.

Major General Randy Kee, who goes by “Church,” is a retired Air Force general and now serves as the executive director for ADAC.

“What we go for is research that is driven by operational concerns… and looking at shortfalls or gaps in capabilities and looking to see how to essentially cover those gaps to improve research or for research that’s addressing the problem set.”

So ADAC opened up the floor to let people share where the problems are. More than thirty people from all over the Bering Strait region gathered into a conference room, with yet more still joining by telephone.

The workshop at Northwest campus was organized into three parts: presentations, a Kawerak-led “storytelling workshop” where participants shared their stories of storm response, and small workshops where groups were meant to brainstorm solutions to a hypothetical storm situation.

In the storytelling session, Bering Strait residents shared how they responded to crisis, both historical and ongoing. Almost every story had a shared element: communication in Western Alaska is difficult.

Tom Vaden works with Search and Rescue in Nome. In times of crisis, he says inReach satellite technology and internet data communications are invaluable. But, in this region, that isn’t always enough.

“Because there’s times when just the whole West Coast is shut-down. And we have good communications in small communities, but I’ve been in winds that are flipping snowmachines over… We’ve got a lot of coms here… there’s a lot of resources regionally, but the reality is, in most cases, it’s going to be a lot of time before you get help.”

Brandon Ahmasuk, the Program Director for Kawerak Subsistence Resources, pointed out that many individuals still do not have access to that technology, especially many subsistence harvesters who are working to feed their families with very little cash income.

Tony Weyiouanna of Shishmaref agreed with sentiments like Ahmasuk’s and brought forward another element: traditional knowledge and language are key elements in understanding weather.

“In our language, we have about 100 different sayings or meanings for snow, so a lot of our young kids can’t read the snow… a lot of our villages, they don’t have those kinds of equipment. Communication is a big thing.”

Weyiouanna said the villages need to be able to communicate reliably with one another.

Velma Johnson, the Tribal Coordinator in Unalakleet, participated through a teleconference line. In Unalakleet, she says, they have had to come up with creative solutions for storm management, like building breakwaters out of snow. Based on those experiences, she shared storm-related solutions with locally available resources.

“One of the other things I thought of was to move armories or connexes to places for evacuation shelters for those willing to evacuate. There should be one in high-risk villages; for short-term, they should build at least one evacuation shelter or build up around the school.”

Through workshops and storytelling, residents identified various shortfalls in the region’s current infrastructure — but also had plenty of potential solutions, too.

For someone like Brandon Ahmasuk, that is no surprise: the communities have been weathering storms here for thousands of years. Other disasters cause more concern.

“In the events of big disasters, oil spills, pandemics… they’re not capable of handling it. Even in a best-case scenario — say, it’s perfect weather, a ship has to anchor out, but they’re getting low on food — where are they going to go? They’re going to the nearest community to get food, but the stores at villages are quite small, and they’re set up to handle their own business, not take on another ship that has two thousand people on it.”

Nome’s event is part of a two-part workshop. The second part takes place in May in Anchorage. General Kee says ADAC will continue the conversation there, incorporating the takeaways from Nome.

These workshops are meant to be incorporated into further research for the U.S. Coast Guard to serve their mission of finding solution “related to gaps and shortfalls” in crisis management.