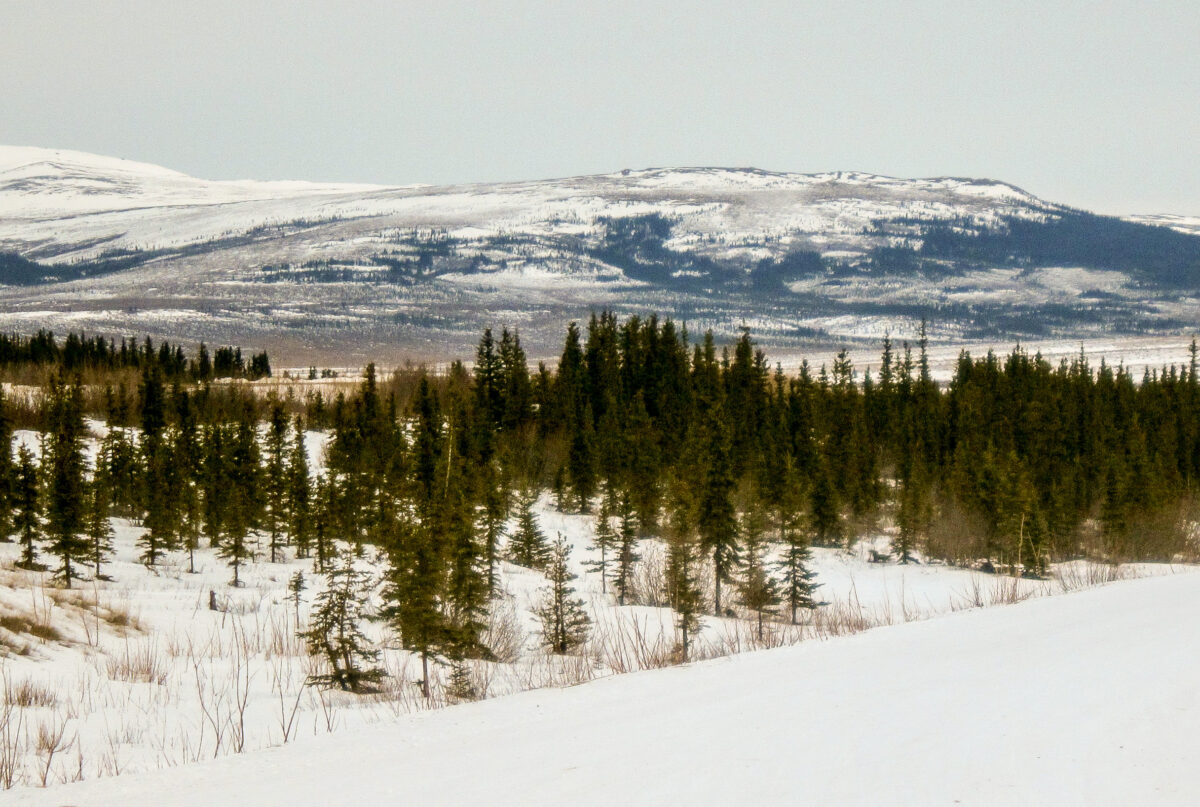 It is stiff competition at the top of the Kobuk 440 pack this year. Race rookies are trying to snatch victory from the hands of last year’s champion, Nic Petit.

KNOM’s Emily Hofstaedter reports from Kiana, where teams took a short rest before moving on to Ambler.

There was a robust crowd from the community at the checkpoint in Kiana awaiting some very competitive Kobuk 440 teams.

That’s Ryan Redington, who pulled into the checkpoint in second position, five minutes after Petit. Petit was in at 7:10 Thursday evening, and Redington was in at 7:15, each with 12 dogs in harness. Redington isn’t shy about his goals: he wants to win.

And reigning champion Nic Petit has goals of his own.

“Improve! I was hoping… it’d be fun to finish a little bit before midnight.”

Last year, Petit finished at 12:05 on Sunday morning. This year, he wants to finish on Saturday night. And with the trail as hard and fast as mushers are saying it has been, that might be possible.

Petit is all focus, giving his dogs antacids and food. Once that is done, he beds them with copious straw and wraps them in jackets for warmth. He is running with the same team that he ran the Iditarod with, and once they are cared for, he turns to the sled.

“Yeah, I’m changing the runner plastic. Just a little worn, that plastic was on since the Iditarod.”

By the time mushers reach the checkpoint in Kiana, most are taking time to rest. The fastest teams have been on the trail for about 7.5 hours by the time they reach Kiana. But a fast trail can be hard for some dogs, too. Hugh Neff is in fifth position and decides to drop his wife’s favorite dog, PeeWee.

“Everyone else is a veteran, and he’s only two years-old; this is one of his first races. He’s not used to going this kind of speed.”

Just as predicted, some competitive rookies are causing stiff competition in the top five. Both Ryan Redington and Will Rhodes are Kobuk rookies and in second and third places, respectively. Rhodes is a bit more relaxed as he talks about the beginning of his first Kobuk and fifth mid-distance race of the season.

Tony Browning and Hugh Neff round out positions four and five into Kiana.

The checkpoint is a cozy place to rest, with a warm wood-burning stove heating water for mushers and dogs. Residents purchase fundraiser tickets while waiting for the next teams.

Ultimately, Ryan Redington was the first to take off after resting for only three hours, and Nic Petit went off to catch him seventeen minutes later, keeping the last mid-distance race and last Iditarod qualifier of the season a competitive one.

Redington was the first to reach Ambler, as of 6:47am this morning (Friday), followed by Nic Petit nine minutes later. Both had 12 dogs on the towline.