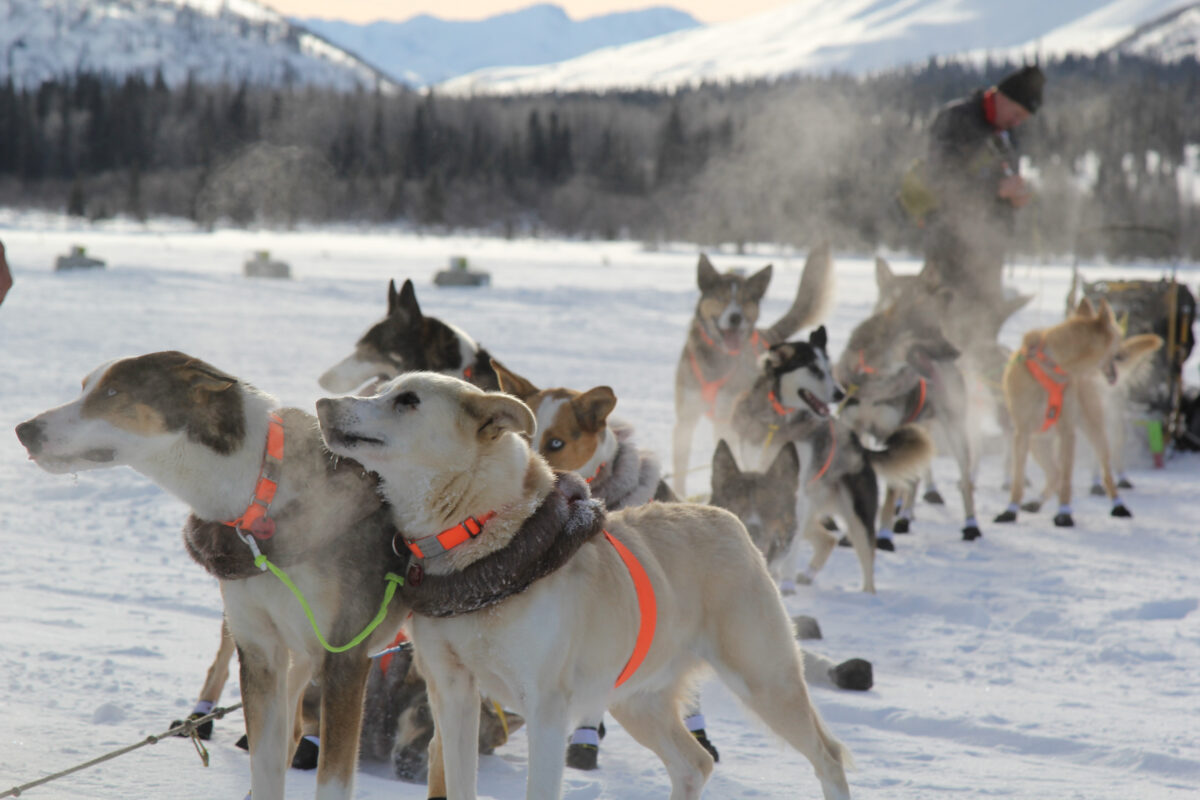 Aliy Zirkle is the first Iditarod musher to drive her team into Iditarod, the halfway point of the race, where she is now taking her mandatory, 24-hour rest. But some of the other front runners in the race have completed their 24 and are pulling ahead.

A little before 8pm Wednesday night, Iditarod mushers started to come off their 24-hour, mandatory rests. The first was Joar Liefseth Ulsom, who pulled out of Takotna with 13 dogs.

“You can leave any time.”
“Alright, thank you guys for all your help.”

A wave of front-pack mushers followed Ulsom in the hours after. Not far ahead, another group that pushed on to the Ophir checkpoint will also begin making the 80-mile leg to Iditarod. By Wednesday night, several Takotna mushers were beginning to wonder how much of a slog that run will be. Aliy Zirkle and Martin Buser spent much of the day pushing to get there before Zirkle declared her 24-hour layover. Zirkle’s average moving pace was under 5mph, as was Buser’s, suggesting the trail is challenging and slow. Buser was expected to take his 24-hour in Ophir, but after six hours of rest, he moved on towards the Iditarod checkpoint.

“So that can affect the meat, and we just let ‘em know in case they want to change up their plans a little bit or possibly haul some extra meat out of Iditarod, just trying to adapt, just make sure they have the information they need.”

The trail between Iditarod and Shageluk is slow and hilly, meaning any extra supplies mushers pack on a sled will weigh them down even more. It’s not uncommon for drop bags to thaw, but it increases the risk a team could get spoiled meat.

Mushers who planned to take their mandatory 8-hour rests in Shageluk may push 26 miles up river to the check point in Anvik to avoid that.