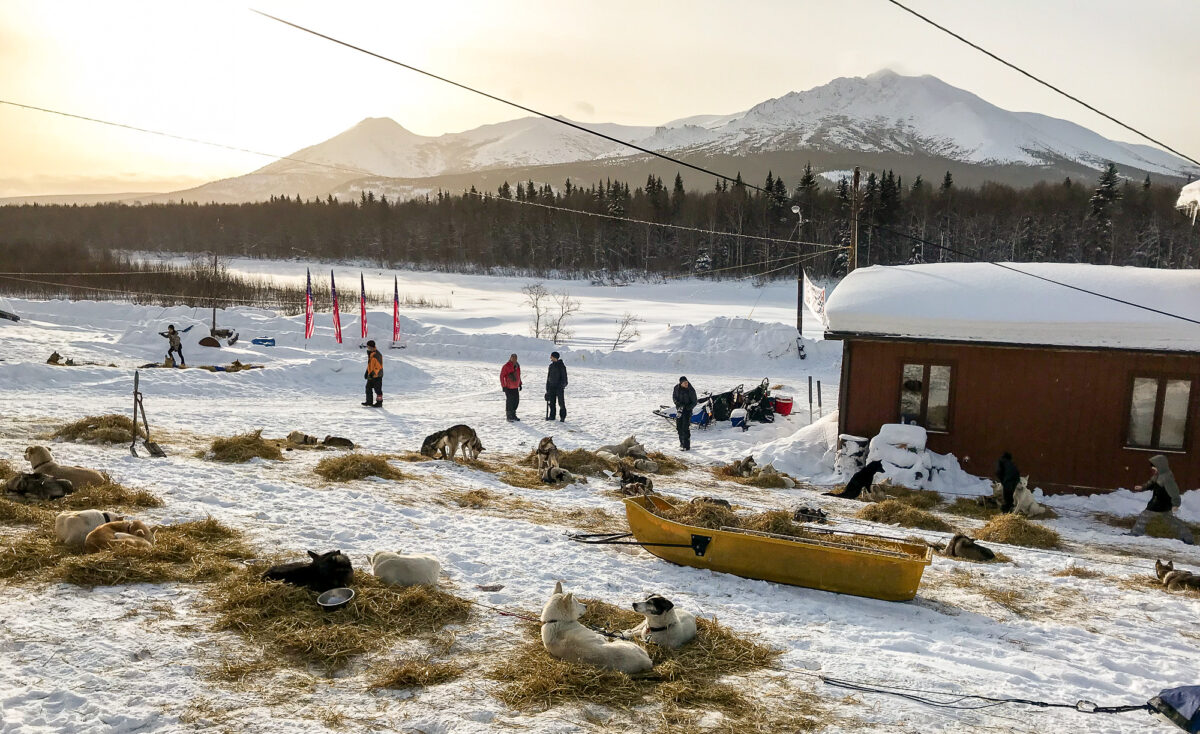 Three Iditarod teams have declared their 24-hour in Takotna, a village that has become famous for its race hospitality. But Nicholas Petit still runs on.

The first cluster of mushers to pull in all announced they’d be taking their 24-hour mandatory breaks in the small town, known for its hospitality, convenience, and pies. Joar Liefseth Ulsom was first.

Ulsom’s team parked in one of the choice spots for a long-term rest, nestled against the wall of the community hall, away from the wind. About an hour later, Jessie Royer pulled in. It’s the checkpoint she always takes her 24, and her team has a bit of a routine.

“They know where they’re going. They’re already heading to the church.”

That’s a quiet spot near the building where the mushers sleep. Unfortunately, the deep, fresh snow there was punchy, and checkers were finding other areas to park dogs. For Royer, the decision to stop at Takotna is part of her overall race.

“This is where I 24 every year. So not a whole lot of thought behind it. It’s mostly just a really good spot, for both the musher and the dogs. I’ve been here enough that I kinda know where I want, where I like to stay, although this year, apparently it’s a little different. It’s just so much more convenient here, so it’s easy to take care of the dogs fast, so I can get more sleep, too.”

A little while later, Pete Kaiser arrived, parking his dogs not far from Royer. Hot on his heels was Nic Petit, who was in the checkpoint for a total of a minute and a half.

“Is there a vet to sign my book? Need the VEEET!”

Petit was in a rush. He was trying to get all his paperwork signed A-S-A-P, with a dog team so amped up they dragged the sled for about two dozen feet. His big headphones blasted music while his dogs yelped, eager to keep running. It was hectic. Petit took off before getting any of his drop bags or even a pre-made meal to take along.

After their 24s, mushers have another eight hour rest they have to take at a checkpoint along the Yukon, and another mandatory stop in White Mountain.