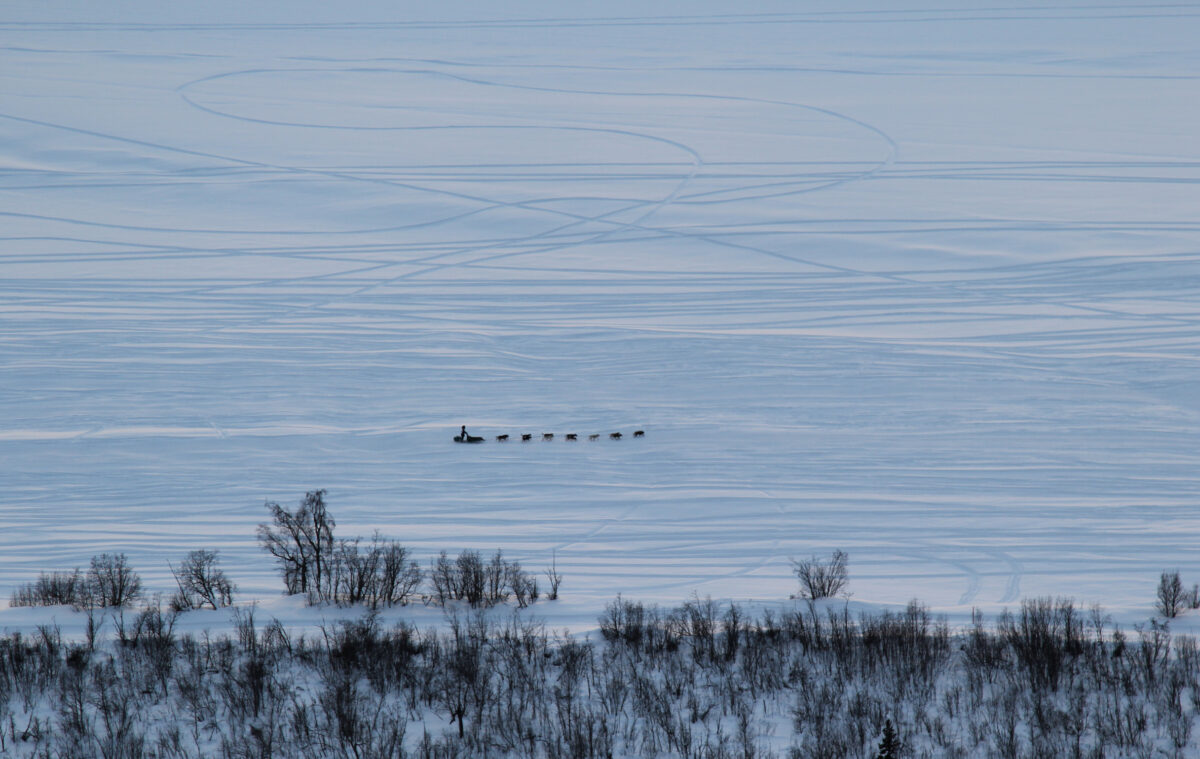 Iditarod mushers started arriving at the Skwentna Roadhouse checkpoint overnight. It’s one of the first opportunities teams have to take a rest after departing the Willow restart 83 miles earlier.

Jessie Holmes pulled in first, close to 9 p.m., with a substantial lead over a cluster of racers bunched up behind him. The trail was mostly good, even in spite of warmer temperatures, Holmes said, tossing straw down for his dogs and a meaty meal for their dinner.

“It definitely was warm, beginning of the day, but it didn’t affect ‘em as much as I thought it would. And after we started I said, ‘boy, this heat’s gonna be intense,’ and I just started stopping every 20 minutes, let ‘em cool down for a couple minutes…”

Matt Hall pulled in just long enough to explain to race checkers that he wasn’t going to stay at Skwentna.

“Well, I’m only going, like, a half mile. In one hour, two hour, three hours from now, this place is gonna be like a rock concert, with 50 teams in here. So I’m gonna go where dogs and people can sleep. So, just around the corner.”

“Anna, are you gonna stay with us tonight?”
“Yeah, for the first time in seven years, eight years I’ve ever stayed.”
“This musher will stay with us, and park on the left side.”

Berington, a twin, said her sister had rested in Skwenta last Iditarod, and she’s experimenting with the early opportunity for rest.

“I’ll try something different. I mean, I keep doing the same thing all the time; maybe it won’t get any better, so I thought I’d try it. Kristi did it one time, she’s like ‘maybe we should try it again.’ So, kinda sounded like a good idea. Kinda changes the game plan a littler further down the way, too, so hopefully it does something good. I mean, it’s so early, you do different stuff so early.”

Berington and others are hoping a few hours rest early along the river may give them a boost as they spend the next day climbing up and over a pass in the Alaska Range.