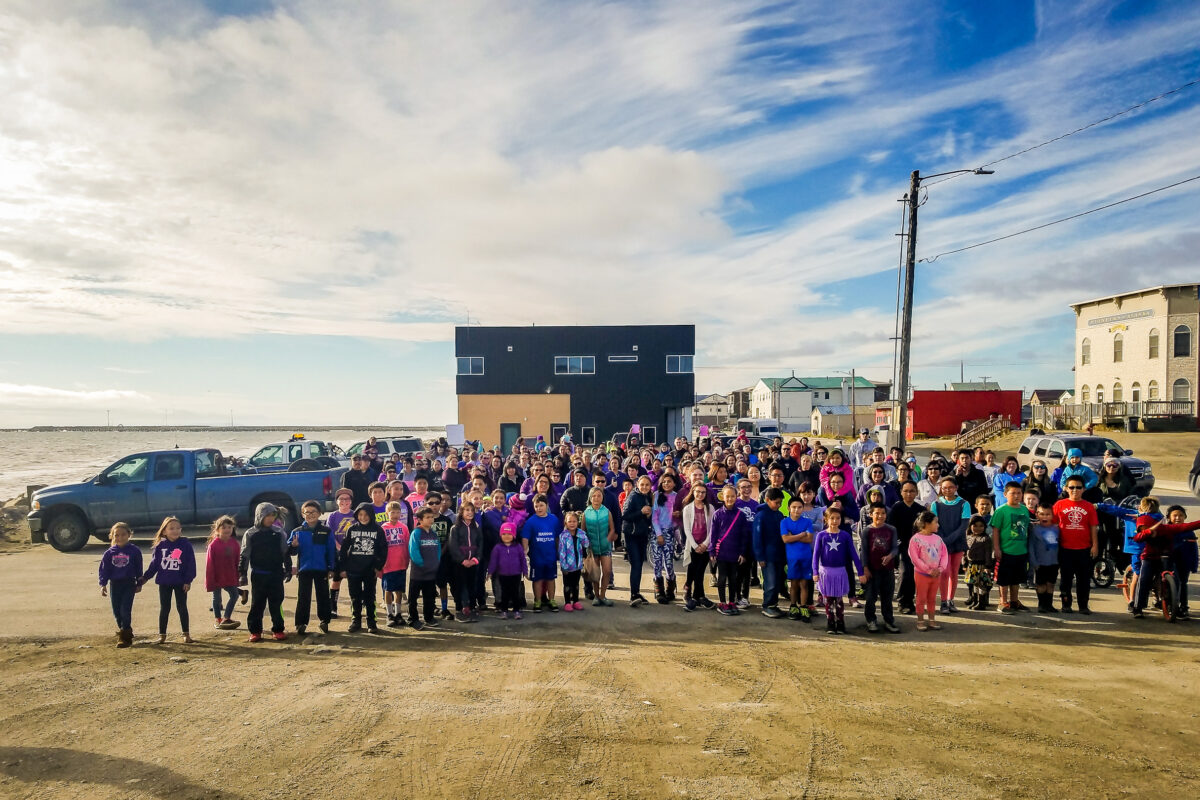 A large crowd walked in Nome earlier this year to support a ten-year-old girl, Ashley Johnson-Barr, who had gone missing in her home of Kotzebue, a city north of Nome.

The Nome walk was one of many organized on short notice by villages, towns, and cities throughout the state, all showing empathy for her family and community. Many of those who walked for Ashley wore purple, her favorite color.

Sadly, Ashley was found dead later the same week, a tragic turn in an investigation that had come to involve both Alaska State Troopers and the FBI. In the weeks to follow, an arrest was made and charges were filed.

The entire region grieved with Ashley’s family and the city of Kotzebue. During those terrible weeks, people in Nome and throughout Alaska showed a shared desire to heal and to stand in solidarity. The Nome walk was an emotional demonstration of the loving bonds that endure in Western Alaska — the light that, even in unspeakable darkness, still shines.

More from our Nov. 2018 newsletter

Posted in The Nome Static, November 2018
← From the GM’s Desk (November 2018)Honoring Those Lost in a Century-Old Pandemic →