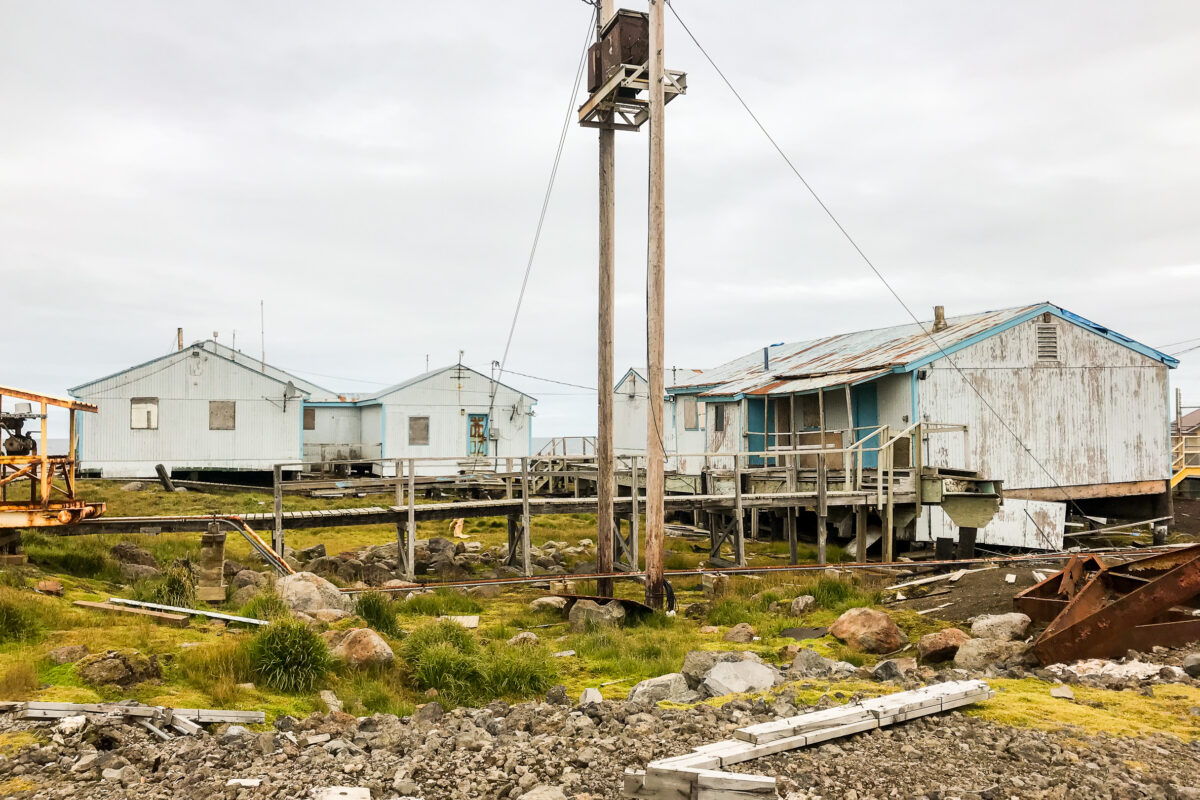 21 people living in a small home with three bedrooms: that’s the reality for some residents in Savoonga. Village overcrowding is nothing new, but it’s reached staggering rates.

A recent field hearing of the Senate Indian Affairs Committee brought dignitaries from Washington, DC, to the remote community on St. Lawrence Island to explore the depths of the problem, and possible solutions.

The US Census estimates that 2% of American households are overcrowded. In the Bering Strait region surrounding Nome, the overcrowding rate climbs to 37%. In Savoonga, the rate is 61%. Savoonga community leaders and regional experts, like Chris Kolerok (President and CEO of Bering Straits Regional Housing Authority), explained the factors that have so exacerbated living conditions in Savoonga. In many cases, Kolerok said, overcrowding is an “expression of homelessness,” and a sign of local generosity. “Unsheltered homelessness” would mean “death here for 8 out of 12 months of the year. Rather than let someone die,” Kolerok said, “the generous and kind people of our villages double, triple and quadruple-up in homes.”

Overcrowding is compounded, too, by the high costs related to construction in the remote corners of Alaska. The first new construction in 11 years — six homes — will only make a dent in the problem.

In Savoonga, where 75 families face overcrowding, people often need to sleep in shifts, since there isn’t enough bed space for everyone during traditional sleep times. This is rough on elders and the young. Gaetano Brancaleone, principal of Hogarth Kingeekuk Sr. Memorial High School, explained to the visiting dignitaries “how much our kids are holding on their shoulders.” He said it’s a “struggle” to teach and provide for children when their home situations are so dire. “We don’t want people sleeping (during school hours), but also know they didn’t have somewhere to sleep.”

One solution, said community leader Delbert Pungowiyi, is to look to the traditional ways of building homes, which he says were often better weather-proofed than houses built in the modern era. Going forward, Pungowiyi says the village could “innovate from Yup’ik technology and design in order to create a multi-pronged strategy to improve and weatherize existing housing stock.”

Current high school senior Jacob Iya showed a sense of optimism and determination in the next generation, too. “Let us not look to the future with negativity or frustration but with happiness and hope,” he said.

You can learn more right here at knom.org.

Images at top and below: scenes from an August 2018 visit to Savoonga: homes weathered by the harsh, coastal sub-Arctic climate; local representatives at a field hearing of the Senate Indian Affairs Committee held in Savoonga. All photos: Emily Hofstaedter, KNOM.

More from our Nov. 2018 newsletter

Posted in The Nome Static, November 2018
← Honoring Those Lost in a Century-Old Pandemic‘Make Your Blessings Count!’ (‘Dear Friend of KNOM,’ November 2018) →