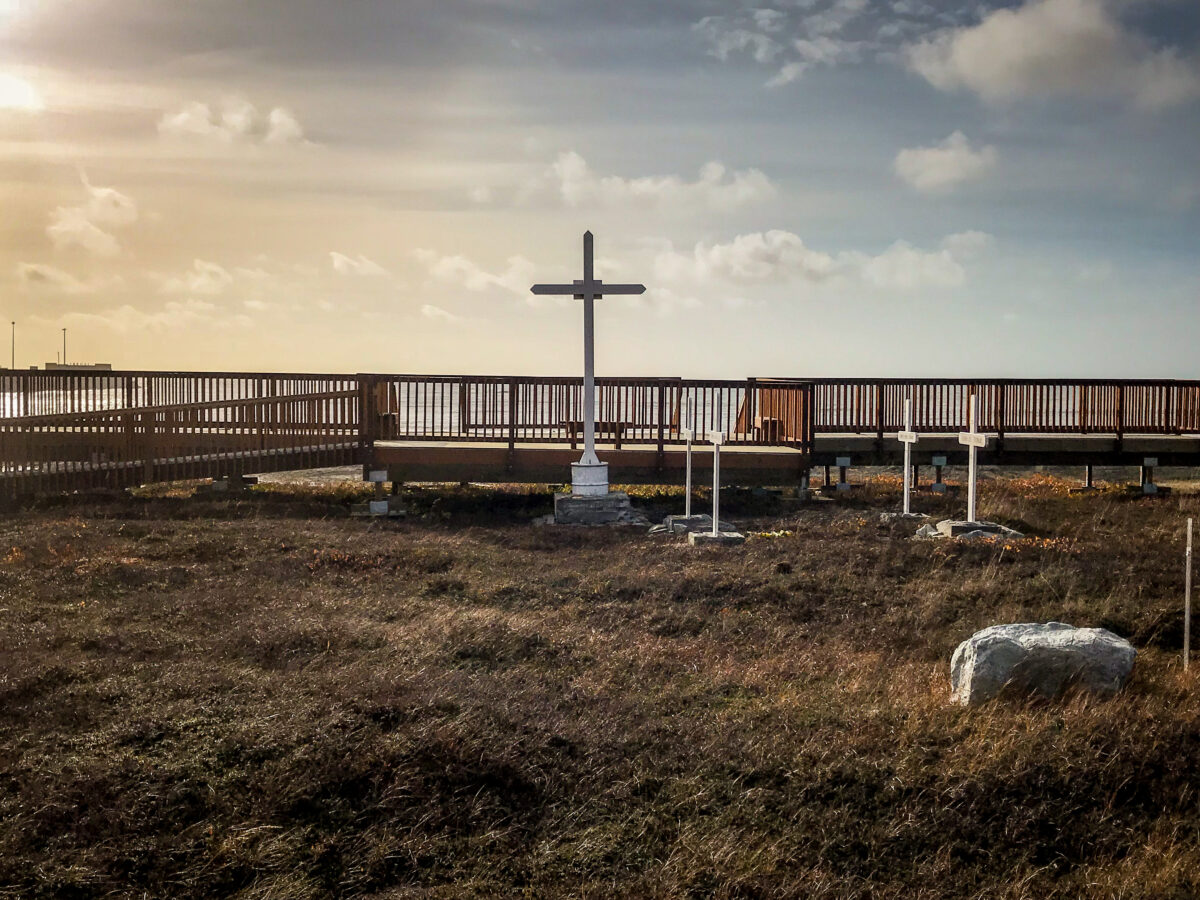 On Monday (October 1), Nome residents huddled against the wind on the shores of West Beach as the Sitnasuaŋmiut Quŋuwit was dedicated in honor of local victims of the 1918 outbreak of influenza.

“Quŋuwit” is Iñupiaq for “gravesite or cemetery,” and this was one of many mass graves throughout the Bering Strait Region. Nome mayor Richard Beneville evoked this dark time in history:

“One hundred years ago, a ship called the Victoria anchored off the roadside right there, so they call it, and it brought a shadow, it brought a shadow to Nome that took worldwide millions of lives and in Alaska decimated the Native Alaskan population. Certainly Nome was not spared in that, as we stand here in front of where these 175 stalwart Alaska Natives were buried.”

Many of the victims resting in the grave are believed to be Sitnasuaŋmiut, or the People of Sitnasuak. The corporation has described the site and dedication as an opportunity to recognize the past and preserve history.

“These people laid to rest here are ancestors, family members to many of us… and, in their day, laid their foundation for the city of Nome.”

A poster-board at the ceremony included a list of over 100 names of individuals who, through community research, were determined to be buried at the site. Included in the attendees Monday (October 1) were those who had family buried at the site. Pastor Charlie Brower gave a prayer and the dedication.

The Methodist Iñupiaq choir, a joint effort of choir members throughout Nome, was led by Josie Bourdon, who noted that many of those being honored would have likely spoken Iñupiaq.

The land was selected by the Sitnasuak Native Corporation under the Alaska Native Claims Settlement Act. The quŋuwit is historical, and as such, burials are no longer permitted here.