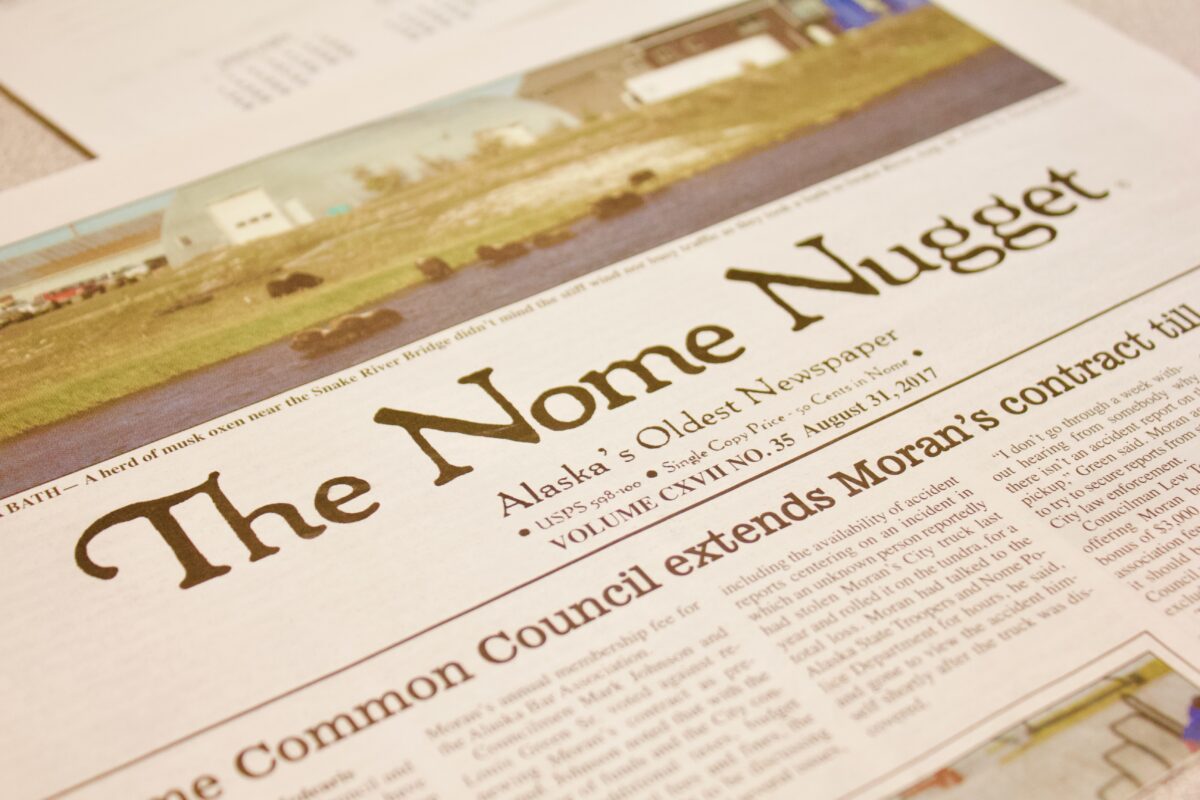 The Nome Nugget newspaper is officially under new ownership. As of last week, managing editor Diana Haecker and her husband, advertising manager Nils Hahn, now also own the Nome-based newspaper.

The pair purchased the Nugget from the estate of Nancy McGuire, who owned, published and edited the paper from 1982 until her death in 2016.

According to a press release, Hahn joined the staff in 2012, and Haecker has worked for the Nugget as a reporter, and later editor, since 2002. Haecker remarks:

Haecker says she got her start in reporting when she was 20 years old and attending school in Frankfurt, Germany, near where she grew up. Since then, she’s worked in TV, radio and at magazines and newspapers.

But she says the independently-owned Nugget is “a reporter’s dream,” because of its nature as a community paper.

She says she sees herself as a “caretaker” of the paper during what she calls a “significant time” for the Arctic.

“It’s in the spotlight because of climate change. So we are right here at ground zero for reporting on Arctic issues. We are here. And we report from right here.”

According to Haecker, that reporting will mostly stay the same under the new ownership. She says they’re not planning any formal changes to the paper besides possibly bringing back the Village News column, formerly reported by Janet Ahmasuk.

Haecker and Hahn will also now be keeping tabs on sled-dog racing around the world. In March, they purchased the bimonthly Mushing magazine.

The Nome Nugget is one of Alaska’s oldest newspapers, with continuous publication since 1899.