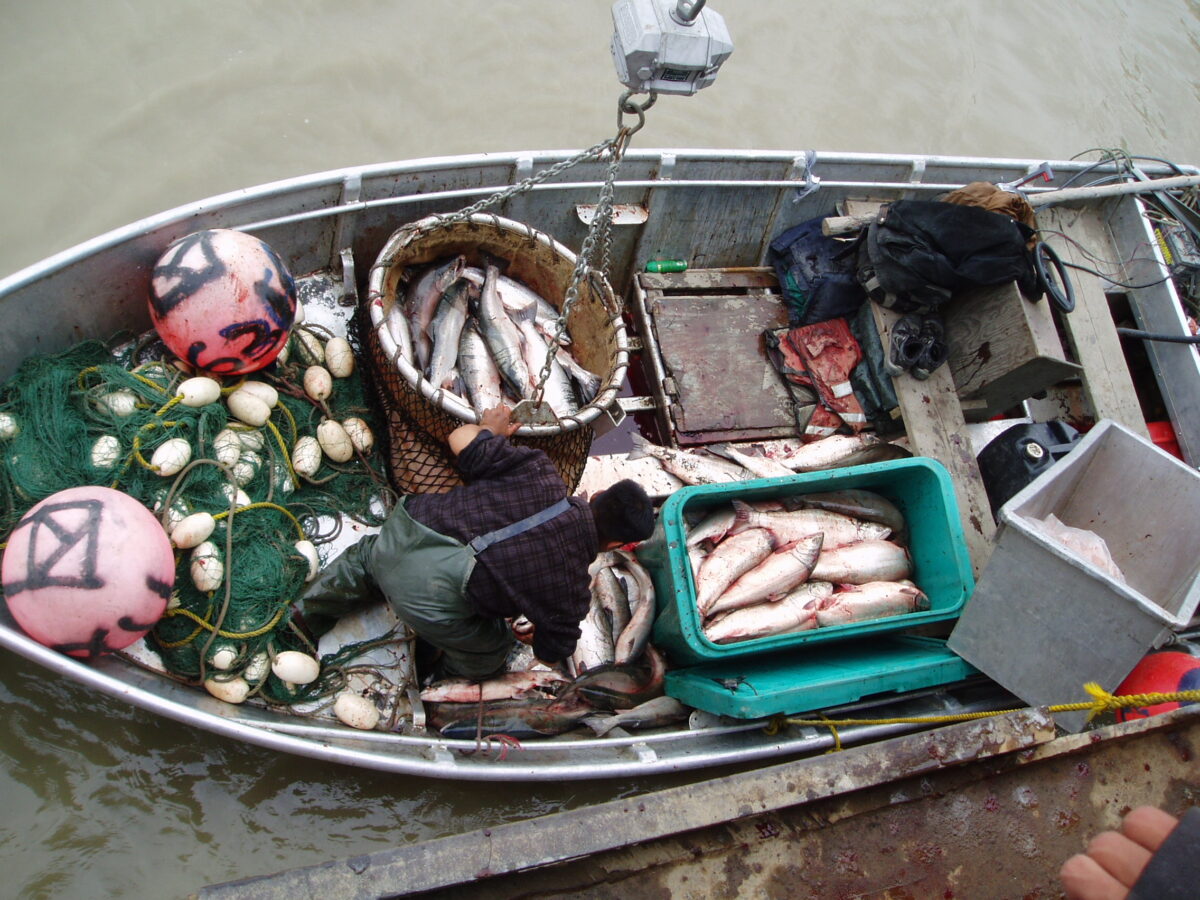 Starting on August 2, fishermen will be able to use drift gillnets to catch fall chum salmon along a longer stretch of the Lower Yukon River.

That’s after the Alaska Board of Fisheries accepted an emergency-status petition for the lower portion of Yukon Area subdistrict 4-A at a special meeting Tuesday. The petition was filed by the Native Villages of Grayling, Anvik, Shageluk, and Holy Cross on July 3.

Board of Fisheries Executive Director Glenn Haight says the situation qualified as an emergency because “if action were not taken, a resource would be lost.”

“If folks out there weren’t going to be able to use this gear, it was going to be much harder for them to catch some of the chum salmon that they might otherwise catch. And given the concerns about king salmon and king salmon conservation, it was one of the factors that helped the board come to that conclusion.”

Barely enough king salmon made it into the Yukon River this summer to meet the predicted minimum forecast run. That follows a five-year trend of low king counts. So fishing for kings has been under restriction.

“The numbers were low, but we were able to target some of the chums, or the dogfish.”

He says melting permafrost and erosion has made set-net fishing, from the river bank, more difficult for fishermen in the area.

“So they get a lot of this grass stuff that drifts into their net and gets full of this silt. The fall chum — the numbers are really high, and they would be able to meet their needs if they were able to drift. Basically, they’re able to put their net in the water and just drift with the current.”

According to the Board of Fisheries’ response document, drift gillnets have not normally been allowed in the lower portion of subdistrict 4-A since 1976. Spurred by the lack of good set-net sites there, fishermen from Grayling and Anvik have often spent time and money going downriver into subdistrict 3, to fish with drift nets. Starting in August, that will no longer be necessary.

The emergency allowance for fall chums follows an earlier one for drift-gillnet fishing for summer chums. Paul, in Holy Cross, says things are looking up:

“Some people were pleased with what they got. We’re just looking forward to the fall season now and seeing if we could be able to catch the fall chum.”

Haight, with the Board of Fisheries, says the emergency allowance only lasts for 120 days. But he expects the board to consider making it permanent in its meetings this fall and winter.

Correction and addendum: an earlier version of this story misidentified the specific stretch of the Yukon River, and did not identify the specific part of subdistrict 4-A, in which this new emergency order applies. The relevant section of the Yukon River is the Lower Yukon (not Upper), and this emergency order affects the lower portion of subdistrict 4-A, not the upper portion, where fall-season drift-net fishing had been open previously. This story has been updated.

Image at top: A fisherman delivers fall season fish to a buyer (photo: Alaska Department of Fish and Game).