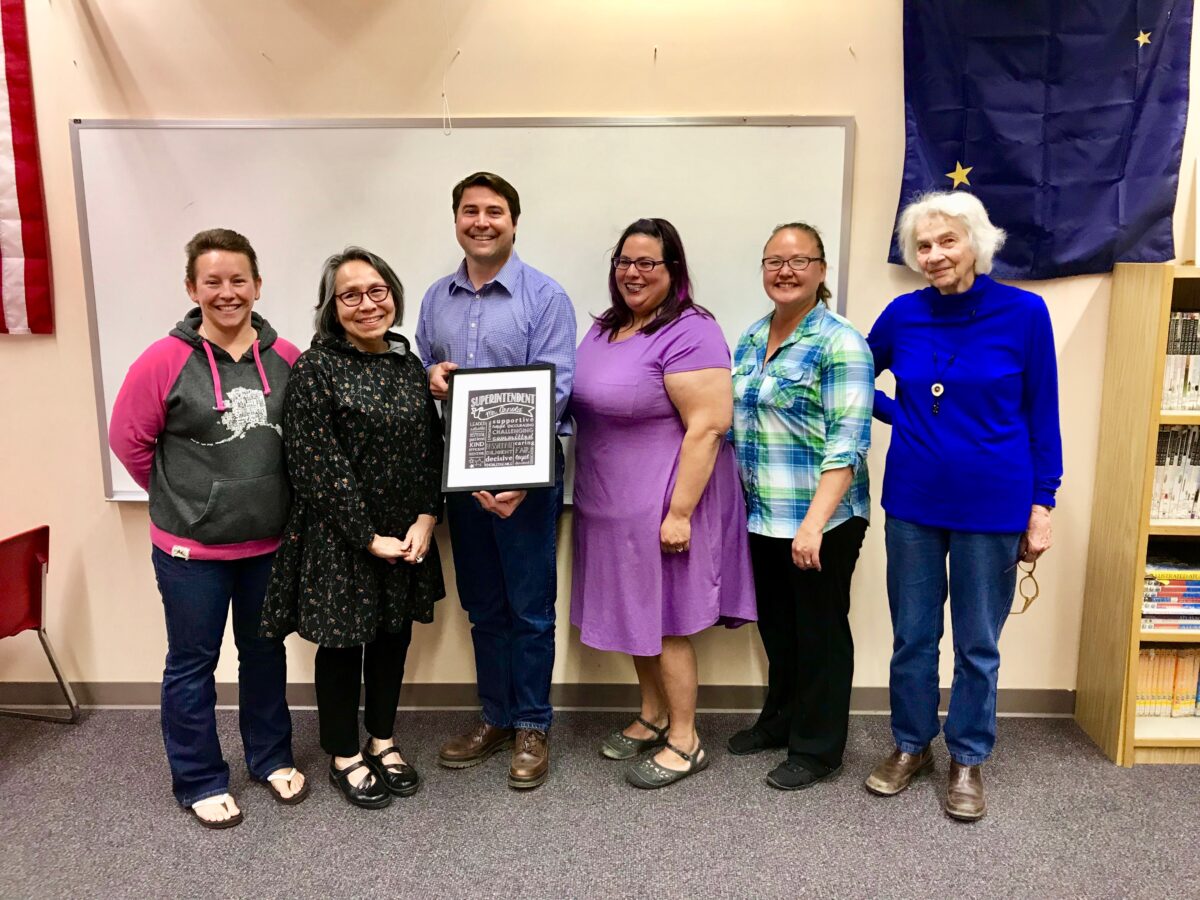 Nome Public Schools’ (NPS) $16-million budget for the upcoming school year will fund almost everything the school district hoped to.

The Nome City Council approved NPS’ full budget request Monday night, an amount of about $3.1 million. And some programs, like the college counselor and career guide, will be funded through grants from regional partners like Kawerak and Bering Straits Native Corporation.

The NPS Board of Education talked business like this at its regular meeting Tuesday night, but members also got teary-eyed as they thanked departing Superintendent Shawn Arnold for his service. Here’s Board President Barb Amarok:

“I’ve been back to my home since the late ‘70s, and I’ve seen quite a few superintendents, and I have to say that I really think you’ve been the one that’s been most effective focusing on the success and achievement of the children that we serve. It’s going to be hard.”

Arnold is taking over as superintendent of Valdez City Schools after three-and-a-half years leading NPS. He says he’s grateful for the board’s support and mentorship, and that he’ll miss the job, and Nome:

“This is the first place in probably most of my life that came the closest to being home for me, and it’ll probably be one of the places I carry with me.”

New Superintendent Bill Schildbach starts on July 1st. But Arnold isn’t done weighing in on important topics. As the board discussed state efforts to improve school safety, he made his position clear:

“I’m not in support of arming our staff with firearms. I think that there’s training that can be provided to help with situations. I’m also hesitant, too, to create schools … turn them into prisons. They need to be a welcoming, safe environment.”

The state Department of Education’s focus is prompted in part by recent school shootings around the country. Despite increased attention on school shootings, though, their numbers are not actually on the rise.

Something that is going up: the cost of school food catering. The board approved a slightly more expensive contract with NANA Management Systems for food services this upcoming school year.

The board also approved cleaned-up policies on dual-credit classes and work-placed learning, where kids can earn school credit for part-time jobs if they’ve already completed their requirements to graduate.

“Just a really nice guy with a strong academic background, and I think the kids will really like him. I think he’s a great fit for our community. I’m excited that he chose us, too, because he’s one of those that every district would probably (like). So somehow, we won out.”

The board will approve those contracts in August after a break for July. The Board of Education will meet next on August 14th at 5:30 p.m., in the Nome Elementary School library.

Correction: An earlier version of this story misstated that the amount of state funding for Nome Public Schools had been finalized. The final contribution amount has not yet been made official.