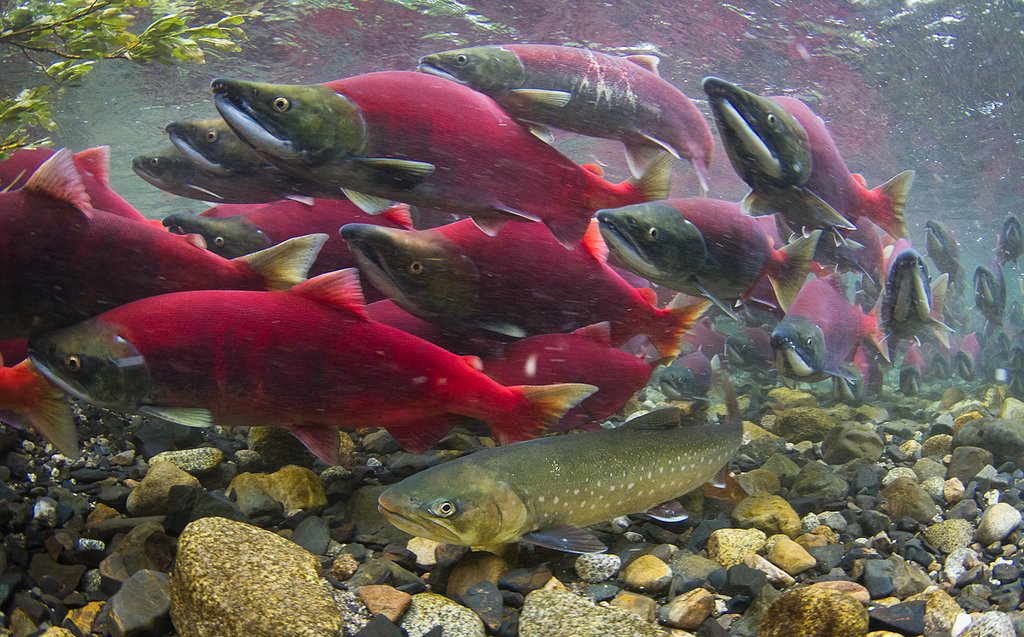 Salmon runs in the Norton Sound area are expected to be at least as strong as last year, with the exception of king, or Chinook, salmon.

That’s according to Jim Menard, the Norton Sound and Kotzebue area fisheries manager for the Alaska Department of Fish and Game (ADF&G).

“We think things are going good. And we just don’t want to be surprised with another crash. The sun’s shining right now, and we’re counting on a good year. The only long-term trend we’ve seen is the downward spiral of the king salmon.”

Menard says ADF&G isn’t sure exactly why the decline has happened since then, but it probably has to do with ocean conditions.

“Because it’s occurring across such a wide area of land mass — we’re sowing our seed, we think we’re getting enough kings on the spawning grounds with the restrictions we’re having — so that’s why it points to something out in the ocean, that there’s some sort of problem with the kings, whereas it’s worked well with the other species.”

That’s especially true for silver, or coho, as well as chum salmon. Last year’s commercial coho harvest set a record, and the chum harvest was the highest since 1983.

Things are looking up for sockeyes, too, especially on the Pilgrim River. The red salmon had a near-record run there last year, and Menard says he expects to waive the limit on them again this year.

“We start out with 25 sockeye salmon, but then we see that the run’s really good, and we’ll waive the limit. So, we really went through that cycle of going up for a while, and then we crashed at Pilgrim, and now we’re going back up. And we’ve really seen a shift in effort from the Nome folks.”

He says around 500 permits have been given out for the Pilgrim River in each of the past several years.

Menard says the management plan will generally be similar to last year, with an eye towards protecting Chinook salmon.

In the Unalakleet River drainage, all waters downstream from the North River, and extending 500 yards offshore from the river mouth, will close for subsistence net fishing tomorrow, June 1. Dip and cast nets may be used, but any kings caught must be immediately returned.

Subsistence fishing in marine and fresh waters from east of Elim to near St. Michael will close on June 9, except for in the Koyuk River. A limited fishing schedule in the Norton Bay subdistrict and at least one fishing period a week in Shaktoolik and Unalakleet will begin the following week.

In spite of the positive outlook, Menard says you should always be ready for anything.

“The ocean tends to be a big black box out there, so sometimes, you do get a surprise. Overall, we had an incredible year last year. We’d like to get two in a row. We’ll see how it plays out, though.”

Subsistence fishing schedules vary by subdistrict, but summer salmon permits will be available at the Nome office starting tomorrow, June 1.