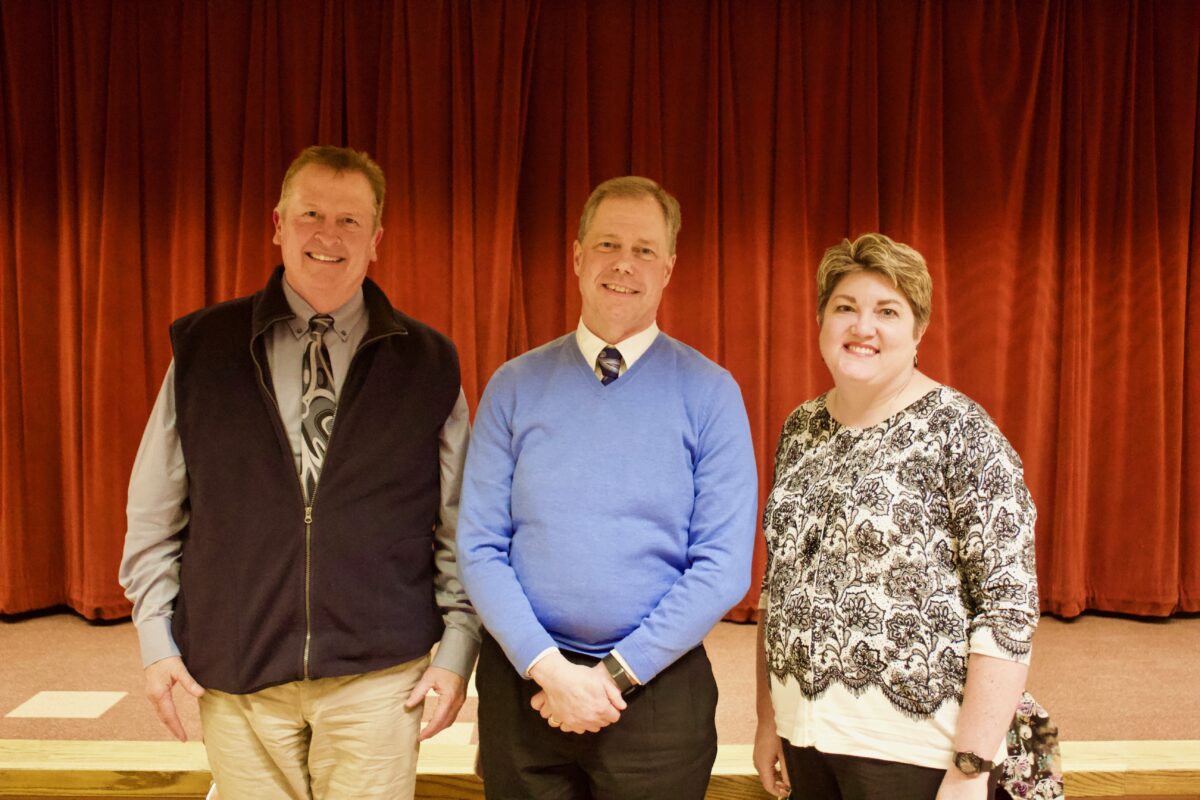 Three candidates remain in the search for Nome Public Schools’ new superintendent. Current superintendent Shawn Arnold will resign at the end of June.

NPS Board of Education President Barb Amarok says Deborah Lancaster, one of the four finalists, has accepted another position.

Burgess says her familiarity with NPS would help her encourage harmony across the district.

“From a music perspective, harmony doesn’t necessarily mean that everyone’s playing the same note at the same time. Harmony means that we recognize and accept our differences and the fact that we can still make beautiful music. It’s important for us to find some common goals and common vision: What are we working towards? And that’s what brings together and unites a diverse group of people.”

Diversity was a hot topic at a public candidate forum last night. Each of the finalists say they’ve worked successfully with Alaska Native communities in past positions, and that it’s a crucial component of the job in Nome. About 90 percent of NPS students are of Alaska Native heritage.

Schildbach has past experience in Western Alaska, as an administrator in Emmonak and Kotzebue. He says he views the core Iñupiaq values as the foundation of Nome’s education system.

“That piece also provides students a real good baseline of who they are, and what they know, and where they come from. And I think having that sense of balance, I think it really helps with your testing. I think that also allows kids to go, ‘Okay, I can value myself, I know what’s going on here, and I can do things.’”

The new superintendent will have to be more than a visionary, though. They’ll also have to be savvy with a budget. NPS has faced severe cuts over the past several years.

Mayer says you have to be very careful when funding is in flux.

“I’ve looked at your budget for this year, and I’ve seen that you’ve had to eliminate some positions, and that’s very, very difficult. But I know that before you did that, you looked at every location you could look at before you went to staffing. And that is the way to do it. The best thing to do is not get there, but every district in the state is facing this right now.”

Mayer is leaving his position as Wrangell superintendent over uncertainty about his compensation because of a similar budget crunch.

Board President Amarok says it’s still up in the air whether the board will hire someone as an interim superintendent or a permanent one.

“I don’t have anything set in my mind about what might happen. It depends on the entire board, together as a group. But I was very pleased with tonight. They shared a lot about themselves. I picked up a lot from their responses to the questions from the community.”

The board is interviewing candidates and deliberating today and hopes to release a decision soon.