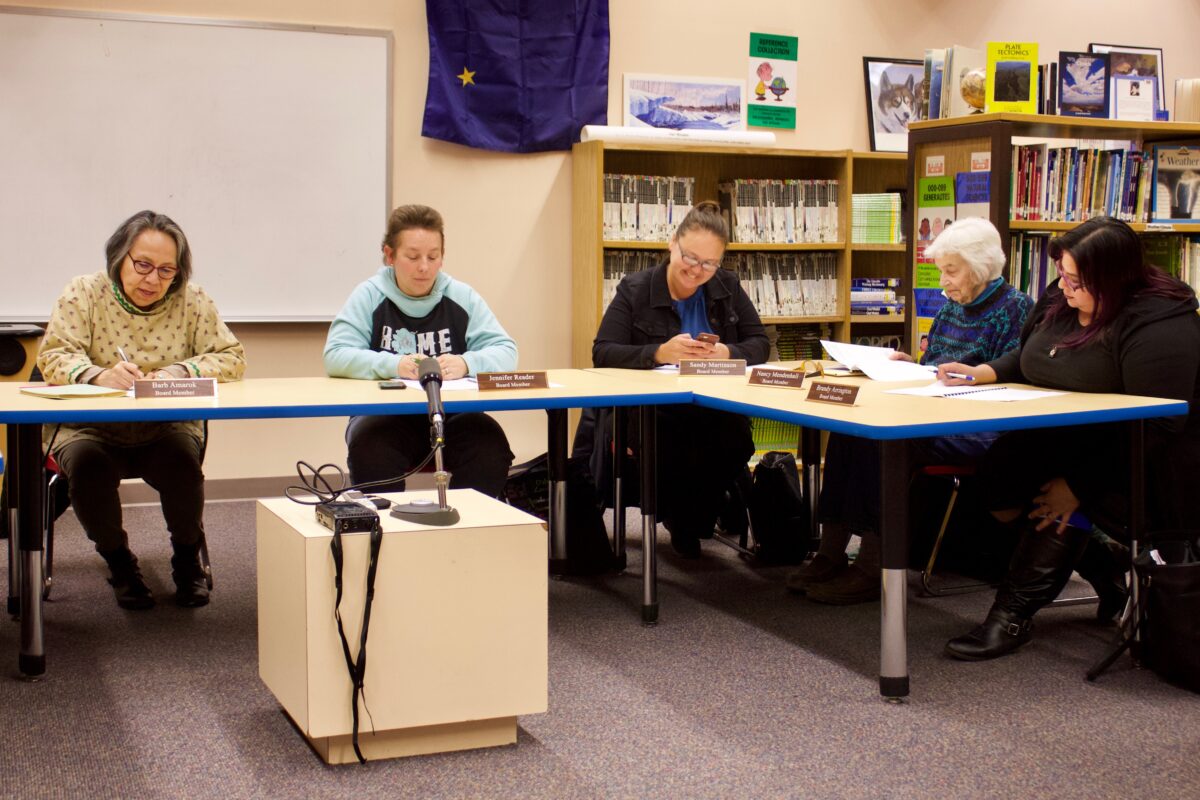 The Nome Public Schools (NPS) Board of Education unanimously passed a budget Tuesday night restoring most items that had been cut.

That’s factoring in an anticipated funding increase from the City of Nome of about $600,000 over last year. The city council still has to vote to approve its contribution.

For now, the budget estimates the state’s contribution will stay the same next year. Legislators are currently debating a possible increase in education funding.

Even without an increase from the state, most items wouldn’t be cut from the fiscal year 2019 budget. That includes after-school activity buses, staff development and teacher recruitment travel, and the behavioral health specialist position.

“Yay! Just wanted to make sure I was reading it right, didn’t miss something. Yay for us.”

“This would reduce the cost for the library, and it still allows us to focus on literacy.”

That focus would also be supported by a new reading specialist position. The college and career guide would stay, as well, thanks to funding from Kawerak, the Norton Sound Economic Development Corporation and the Bering Strait School District.

The elementary school social worker would be cut, but Arnold says he hopes to hire a Type C counselor. Type C means they could provide social work services, plus things like therapy and nursing.

Two of the four teacher aides and one of the two Pre-K teachers would still be cut, along with about a third of the $150,000 student travel budget. Students raised about $350,000 themselves for travel through fundraisers last year.

“I think that these changes and these movements that you’re proposing can actually support increased achievement. And I’m also grateful to the city council for their support. It hasn’t always been this smooth working with the city.”

The city council must vote on its final budget by May 31st. And the state appropriation should be confirmed by that date, too, Arnold says. NPS can then make further revisions to its budget, possibly adding back some of the items still off the table.

The Board of Education will meet for a work session next Tuesday, April 24th, and for its next regular meeting on Tuesday, May 15th, in the Nome Elementary School library.

Image at top: The Nome Public Schools Board of Education reviews the fiscal year 2019 budget before passing it (Photo: Gabe Colombo, KNOM).