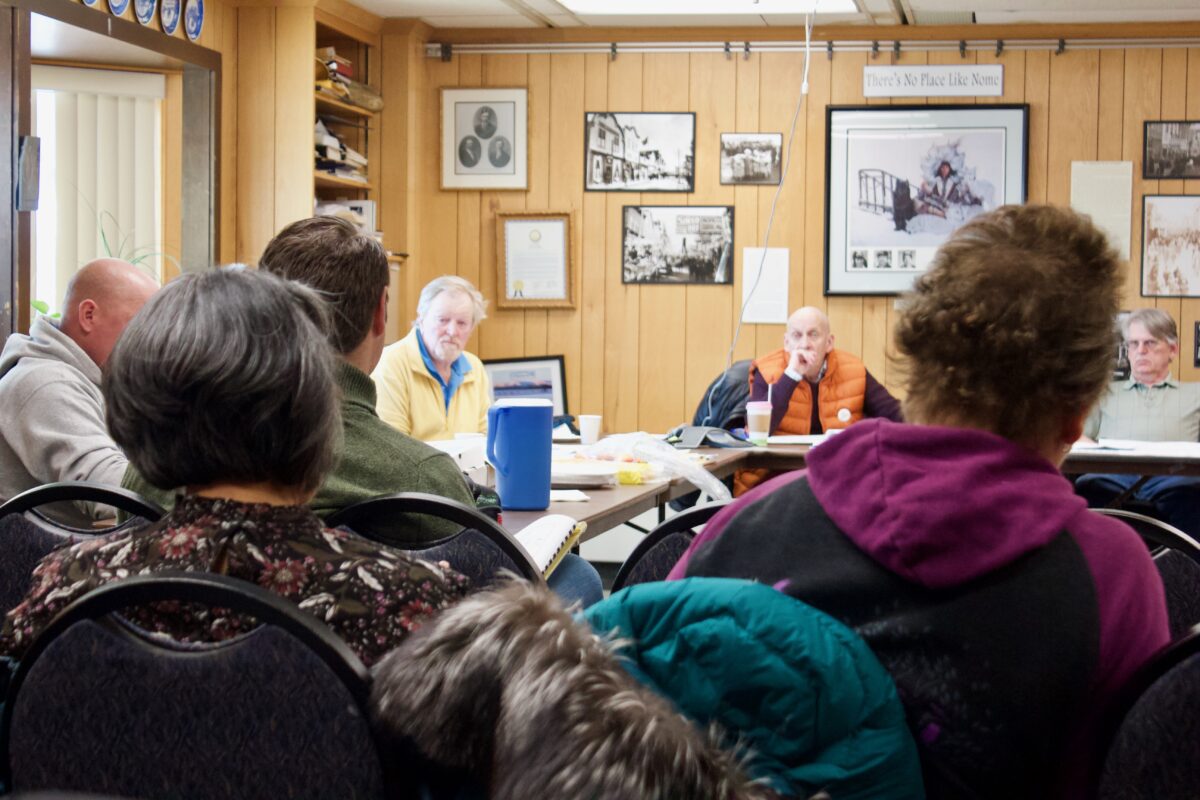 There’s no easy path forward for the Nome City Council as it decides how much money to give to Nome Public Schools (NPS) for the upcoming school year.

It can either give the same amount as last year, which would likely force the district to cut things like the librarian and student activity funding. Or, the council can give more than last year… but it’d have to draw from the city’s savings account.

NPS Superintendent Shawn Arnold asked the council to consider upping its contribution at a joint meeting with the Nome Board of Education yesterday. He pointed to the librarian’s importance, for one:

“She doesn’t just check books out. They teach lessons. They hold literacy events. One of our priorities as a school district is to increase reading proficiency.”

Arnold says he’s used to making cuts after several years of doing it, and he kept calm for most of the discussion. But at one point, councilman Stan Andersen suggested NPS was cutting the elementary school’s behavioral health specialist because …

This was just one of the many nuts and bolts of the budget that councilmen and school board members took turns expressing concern about.

Mayor Richard Beneville says he’s frustrated with the state legislature. According to Arnold, it’s expected not to make a final decision on state education funding until after the district has to adopt a budget.

“The people of Alaska are being held hostage, and I just find that unforgivable.”

Councilman Andersen noted the city council shouldn’t necessarily be holding possible extra money hostage by telling NPS what to do with it.

“Unfortunately, I like to know where every nickel is going. And that’s just my nature. But the realism is, we have to fund you.”

According to City Manager Tom Moran, if the council does decide to increase its funding to NPS by eight percent, that would bring the city’s budget deficit to around $1.5 million. Moran says the city budgeted for around a $1,000,000 deficit last year, but will likely end up in the black at the end of this year.

The Nome City Council will meet for a regular meeting next Monday, April 9th, in City Hall. The Nome Board of Education’s next meeting is April 17th, when it will approve the final NPS budget.