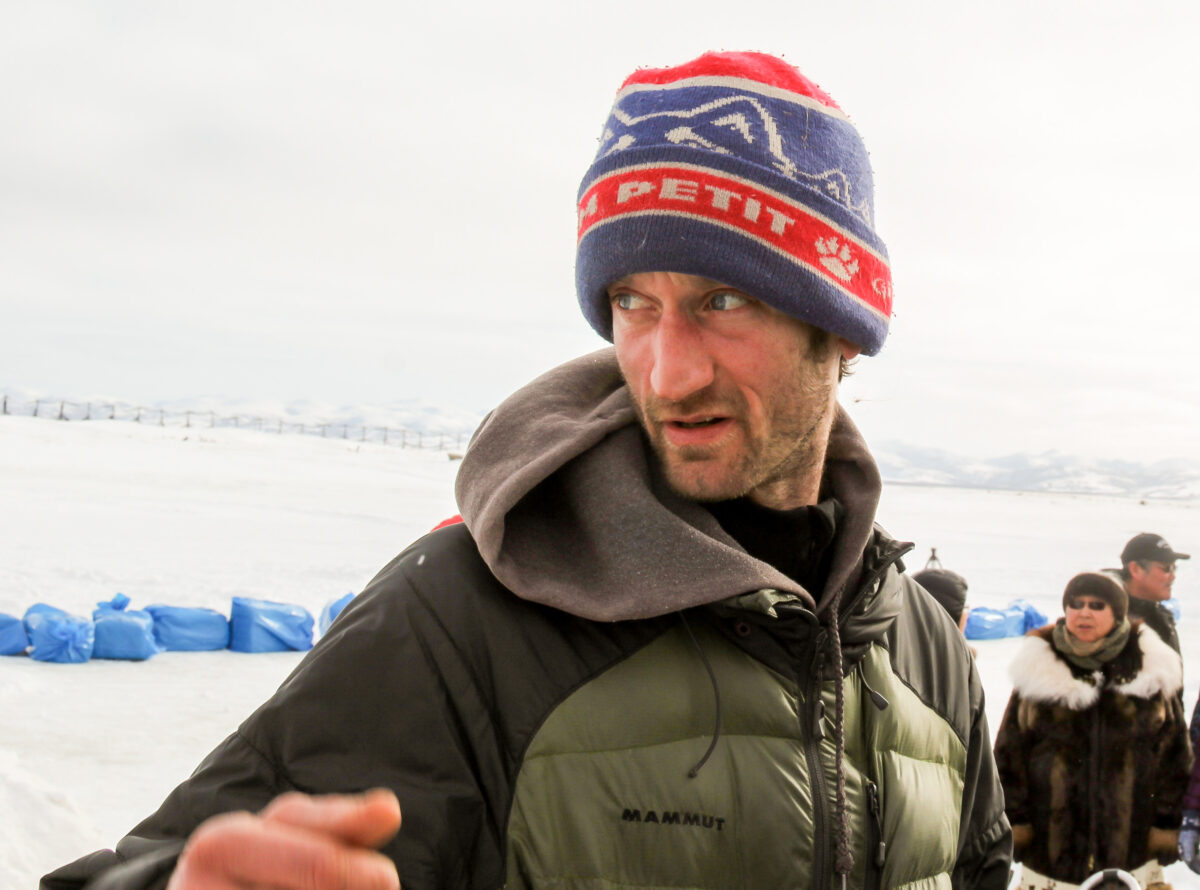 As Alaska Public Media’s Zachariah Hughes reports, the racers arrived in very different states, offering signs of what could be ahead in the last stretch toward Nome.

Mushers reach Unalakleet after crossing a long, historic portage route from Kaltag. It’s the stretch of the trail where the long, flat slog down the Yukon River finally relents and transforms into the fickle terrain and weather of the Bering Sea coast. When Nic Petit pulls in, the checkpoint is filled with onlookers as he quickly parks his dogs and dolls out a fatty meal that they start wolfing down.

“I’ve been feeding them so much, I can’t believe how much they’re eating. They’ve been eating better than they ever have.”

Appetite is one of the most dependable measures of a team’s health and drive. Petit’s team looks strong, alert, and energetic — indications they’ll be able to keep up their competitive pace. He rested for several hours in between checkpoints but says it’s worth the commotion here at the edge of town to escape the afternoon’s warm sun and get the dogs more rest.

“On this race, I’ve camped more than I normally do, and that’s nice, because you’re on your own with your dogs. But I wake up when I start shivering, and then I go again. So, checkpoint I can skip the shivering part.”

One of the liabilities being the front-runner is all the attention that it brings, particularly in bigger communities like Unalakleet, where locals, tourists, and members of the press mob mushers with cameras, autograph requests, and questions — all at a time when they are sleep-deprived and have to focus on their dog-care.

As Mitch Seavey pulls in a few hours later, his dogs look tired, with the leader meandering on the way toward the race checker. Seavey is having problems with his team. A few were sick, some have minor aches, and one hasn’t been eating well. Seavey’s granddaughter and son Danny are on hand, and after making headway with some of his chores, the elder Mitch starts running down a list of issues.

“All that deep snow and stuff, I think their back legs are just really tired. They’re willing to go fast when it doesn’t require a lot of pushing, but when it’s uphill or downhill, nothing.”

Mushers did not have an easy time on the Yukon. Seavey is sore and short on rest. He says this year’s race has taken a toll.

“It’s hard to keep your attitude right, ya know. That river was so tough.”

Not long after, the third musher to arrive is Joar Ulsom. Both he and his team look good. The dogs are perky, and Ulsom’s mood is equally bright as he briskly pulls off Velcro booties.

“Oh, I’m probably sit down and have a good meal, I think.”

Ulsom had spent a few hours camped out along the trail, but wanted to stop again to charge his team and wait out the few remaining hours of hot sunlight.

For a few minutes, all three of the front-runners were in the checkpoint at the same time, eyeing one another, trying to glean what the competition is like before hitting the last 261 miles of the trail.

After eating, Ulsom heads out at sunset, about an hour before Seavey, and in second position behind Petit.