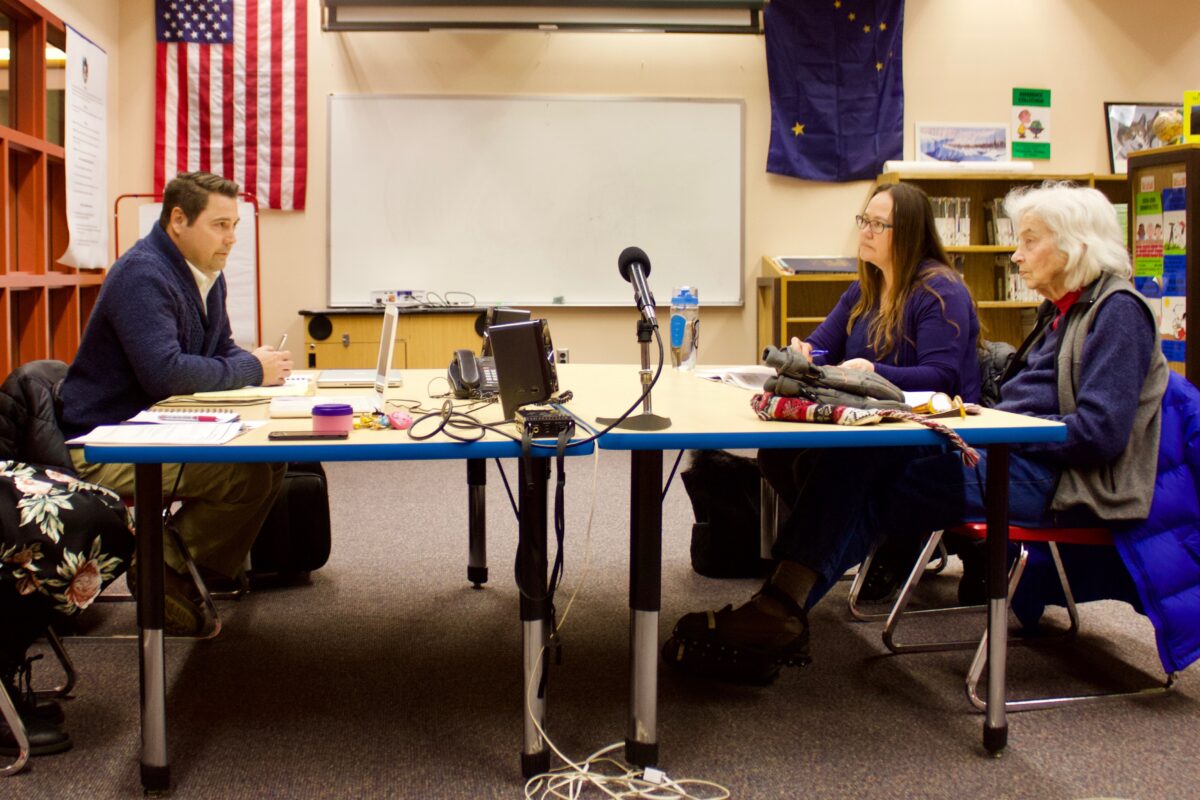 Nome Public Schools Superintendent Shawn Arnold announced his resignation Monday in a letter posted on the district’s Facebook page. He will continue to serve through the end of June, and then take over as superintendent of Valdez City Schools.

Arnold says personal reasons have made it important to move closer to Anchorage at this point in his life.

He says he’s proud of the place the district is in after his nearly four years leading it. During that time, he says, many of the changes he’s made have now become statewide models: like the way instruction is delivered at the Nome Youth Facility, transition programs for special education students, and new career training.

Arnold says he arrived in Nome in 2014 to a district weakened by frequent leadership turnover. According to the Association of Alaska School Boards (AASB), the district had four different superintendents in six years from 2008 to 2014.

At a Nome Board of Education work session Tuesday evening, board member Brandy Arrington said over the phone she’s worried about that instability returning:

“So many people leaving, and especially you, is really going to stir people up who started building that trust and thinking, ‘Okay, Nome Public Schools is getting stable, we have good leadership, it’s going to be in place for a while.’ And now it just kind of feels like everything is completely changing.”

Among those changes are the departure of 21 teachers; possibly shortening the school year by eight days to encourage family subsistence activities in August; and budget shortfalls that could mean cutting the full-time librarian and music program. (There would still be a funded library aide position.)

The board discussed a second draft of the fiscal year 2019 budget at Tuesday’s work session. The big change: It draws around $240,000 from the general fund to re-add the junior high counselor position and renew the district’s membership in the Coalition for Education Equity.

Board member Jennifer Reader again voiced her concern that the $125,000 student travel budget was too high, and board member Sandy Martinson agreed.

Arnold says the travel budget covers only regular season games and that anything beyond that, like extra tournaments, has to be paid for by student fundraising. He says it’s just a reality that the cost of travel is high in Alaska, but stresses that athletics keep students in school.

Budget decisions like this will depend on how much the state legislature and Nome City Council choose to give the district this year. The board plans to hold a public meeting in March to discuss the controversial cuts.

For now, the search for a new superintendent will also be on the board’s plate. It will contract with AASB to advertise and recruit candidates. But since it’s already well into the year, AASB representative Tami Tullis said on the phone at the work session, the district may have to settle for an interim superintendent next year and start a full search in the fall:

“I’m not trying to be discouraging, but the pool continues to get a little smaller every day. And I just wanted to tell you the good, the bad and the ugly, just to make sure we don’t make it sound like there’s 850 people out there for every job out there. But we want to get you guys the best possible person for your district.”

Tullis and Arnold say they’ve both received calls in the past few days from superintendents interested in applying for at least an interim position. Arnold himself started as interim superintendent, and the district then hired him on permanently, so that’s always an option, Tullis says.

Tullis and the board plan to begin advertising as soon as possible, with an application deadline in late March.

The Nome Public Schools Board of Education will meet for its next regular meeting Tuesday, March 6th, at 5:30 p.m. in the Nome Elementary School library.