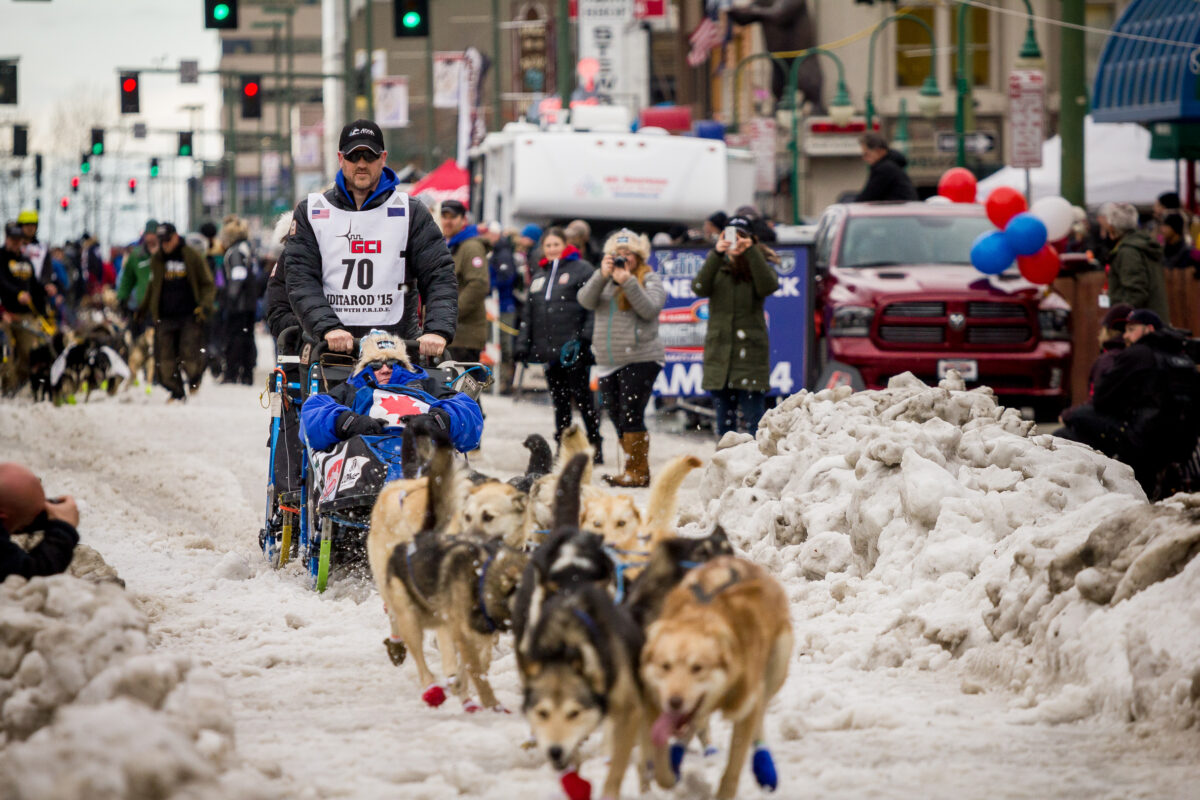 The Canadian husband-and-wife mushing pair Jason and Jennifer Campeau are the latest to be out of the race on the 2018 Yukon Quest trail.

According to a press release, Quest veteran Jason Campeau was withdrawn from the international sled dog race Wednesday afternoon after “suffering a medical issue” on the trail. At 1:28 p.m. PST, he pressed the help button on his race tracking device about 45 miles outside of Eagle, heading towards Dawson City. Campeau had been in 7th position when he left Eagle at 3:45 Wednesday morning.

Nearby there was a heated cabin that was occupied, so they were able to overnight there.

After consulting with medics, Campeau was airlifted to Fairbanks this morning for medical care. Harris says he’s currently in stable condition.

According to a press release, Campeau’s wife, Quest rookie Jennifer Campeau, then scratched from the race at 11:20 this morning, citing personal reasons.

Jennifer Campeau’s scratch brings the total number of mushers who’ve scratched or been withdrawn to 7. That leaves 18 mushers in the race, 6 of whom have checked into Dawson City for their mandatory 36-hour layover, according to the leaderboard.

Veterans Matt Hall and Ed Hopkins followed Drobny into Dawson City this morning, in that order. Rookie Vebjorn Aishana Reitan edged out veteran Laura Neese for 5th position, checking in just 21 minutes before her late this morning (10:15 and 10:36 a.m. PST).

They were saying on the Fortymile River, it was, I heard, from 52 to 55 degrees below, so it’s very cold. And the wind was blowing into their faces on the Yukon River. But they’re all happy to be here, and the new checkpoint seems to be meeting everybody’s needs, so that’s also good news.

According to Weather Underground, temperatures will get down to –34° F in Dawson City overnight. As the front mushers get back on the trail tomorrow, sun and light wind are forecast, with a high of –13° F. Harris says trailbreakers report good trail conditions heading forward, to the 4002-foot King Solomon’s Dome.

Tune into KNOM newscasts at 7, 8 and 9 tomorrow morning for the latest updates in the 2018 Yukon Quest.

Image at top: Jason Campeau at the ceremonial start of the 2015 Iditarod in Anchorage. (Photo: Matthew Smith, KNOM)