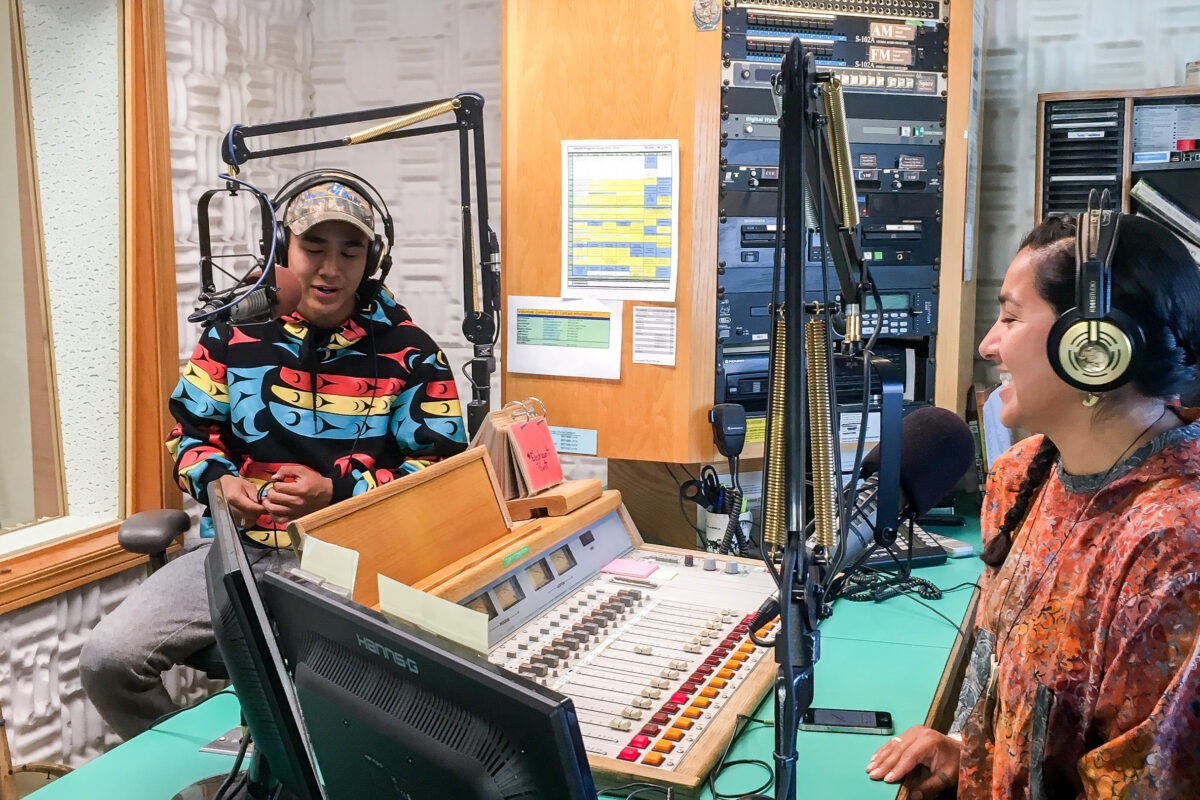 After several years of service, we’re offering a heartfelt but bittersweet farewell to one of our volunteer community deejays, Marjorie Tahbone.

Marjorie, or Marge, has brought a remarkable amount of dedication and energy to her weekly, Wednesday morning show Alianait Radio (ah-lee-AH-nah-eet), in which she’s so lovingly shared the Alaska Native culture of her upbringing. Her show focused on the different types of traditional and contemporary styles of Alaska Native and world music. It’s also given her a great opportunity to share a bit of the Alaska Native language of Inupiaq (ih-NOO-pee-ock), one of the languages most common to Nome and environs. It’s a language in which Marge is both a fluent speaker and a language teacher, both at the high school and university level. In fact, she’s deejayed Alianait Radio with her Inupiaq name of Kunaq (COO-nahk).

It’s no surprise that Kunaq’s weekly show has consistently been one of KNOM’s most popular, but it’s also no surprise that Marjorie’s enthusiasm as an ambassador for Alaska Native culture continues to bring her new accolades and opportunities, the latest of which require her to leave Nome for the “big city” of Anchorage, where she’ll be attending graduate school. While we at KNOM, and people throughout Western Alaska, will greatly miss her, we’re excited for what she’ll do next.

As a final example of the sorts of marvelous things Marjorie’s show brought to our listeners, the photos above and below show a visit to Marge’s show from Byron Nicholai, an accomplished Alaska Native drummer and singer.

Marge helped Byron, as pictured, share his unique talents for Alaska Native music. It was a live version of the sort of music Marge featured each week on her show, to the delight of thousands of listeners.

More from our Oct. 2016 newsletter