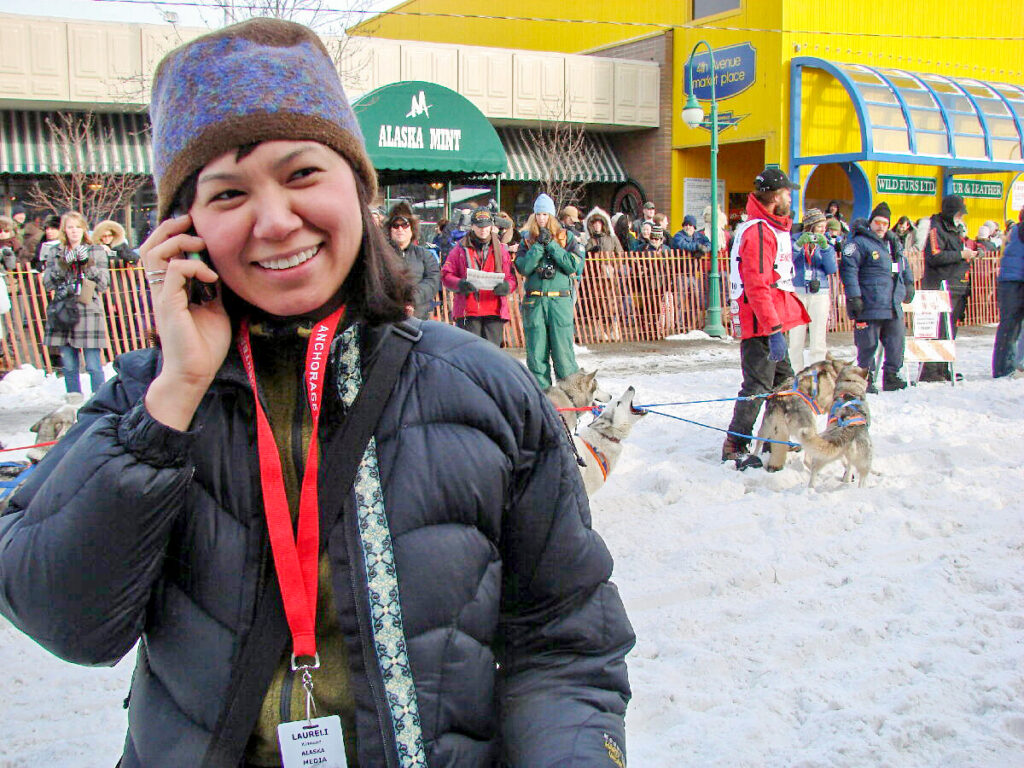 Here’s a quick look back on what early spring brought to our mission in years gone by.

In March 2000, the Static (#408) tipped its hat to a pilot with a history of support for our Iditarod trail reporters. George Murphy, pictured on the sea ice near Nome, flew KNOM newsies along on the race route from 1993 into the new millennium. (He would continue to do so until 2006.) Back in 2000, our mission also had snow on its mind — and on its doorsteps; volunteer engineer Les Brown was pictured with chest-high snow drifts at our AM transmitter site.

Les Brown at KNOM’s AM transmitter site, circa 2000, as featured in our March 2000 Static.

Five years later (as we detailed in Static #475, the May issue), April 2005 marked the retirement and relocation to Anchorage of longtime general manager Tom Busch, whose decades of service at KNOM gave him an encyclopedic knowledge of all things Iditarod. Even from hundreds of miles away, Tom would continue to advise our mission on coverage and race trivia for each Iditarod up to his passing in November 2010. Tom is pictured here with Ric Schmidt, who became KNOM’s manager ten years ago this month.

Finally, as we reported in the April 2010 Static (#539), five years ago brought a new start of a different kind, as we covered Iditarod on the web for the first time via our On the Trail blog. The site featured trail interviews from then-news-director Laureli Kinneen (Ivanoff), pictured in March 2010 at the Iditarod Ceremonial Start in downtown Anchorage.

From the very first Iditarod in 1973, KNOM has covered the race — and done so much more for Western Alaska — through your incredible support. Thanks so much! For (lots) more, don’t miss our overview of KNOM’s history, the original newsletters linked above, and our six years of online coverage of the Iditarod (and other sled dog races).

More from our April 2015 newsletter