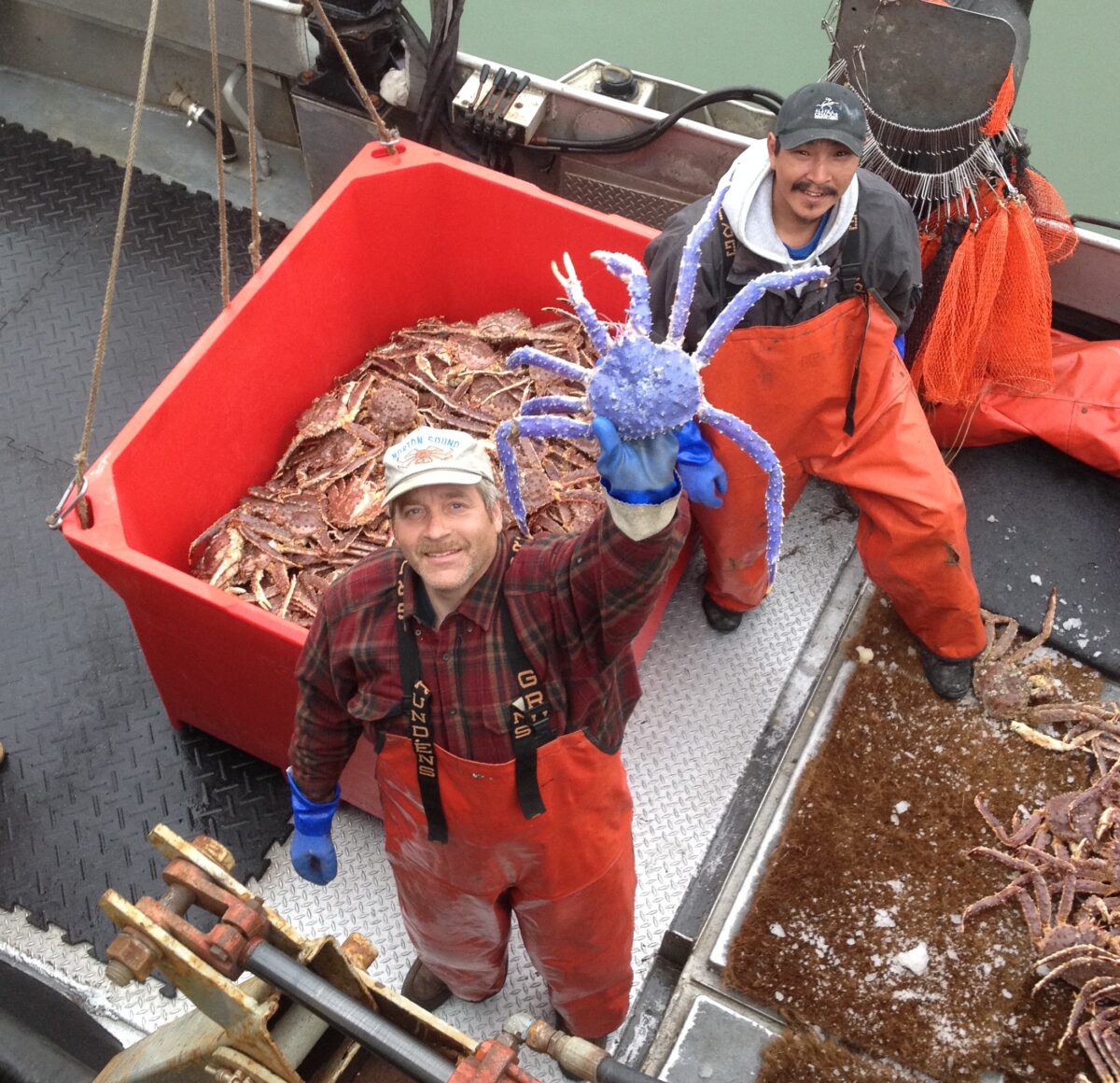 There’s a small tourist attraction going on at the Norton Sound Seafood Center.

Onlookers have called it “shockingly bright blue,” “almost unnatural,” and “like that can’t possibly be real.”

Causing the stir is a blue-colored red king crab. The rare crab was caught by commercial crabber Frank McFarland.

After a picture of the crab landed on the front page of the Nome Nugget last week, it has become a local curiosity. And the question everyone’s asking is, why is it blue?

To find out the answer and hear more about the rare king crab, listen to the audio link above.